Chameleon promises a better homescreen for your Android tablet (Kickstarter) 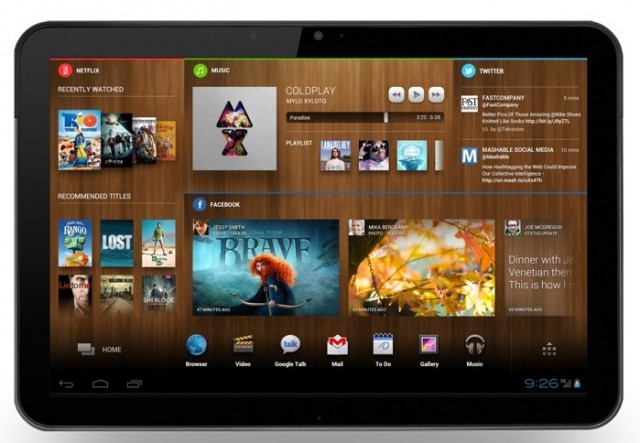 The Android tablet is an interesting conundrum. An OS as versatile and productivity-focused as Google’s with a large screen deserves a homescreen that isn’t devoid of life. Sure, there are scrolling widgets and live wallpapers, but for a surface with so much potential a tablet’s background can be pretty bare.

Chameleon from Teknision promises to do away with that, by making available an array of useful, connected widgets for any Android tablet. The project, which is currently some $8000 away from being funded on Kickstarter with two weeks remaining, is essentially a replacement for your widget framework, allowing you to still choose a static or live wallpaper.

As you can see above, the widgets vary from services like Twitter, Netflix and Facebook, to apps on your device like Music and Feeds. Editing and resizing the widgets is simple, providing for a very quick setup process. Gabor Vida, Teknision’s President, told me that Chameleon was born out of a lack of context in the tablet space; people use their devices at different times for disparate things. 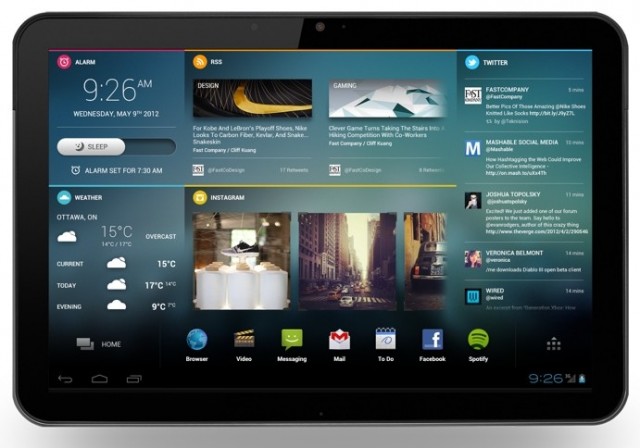 To that end, he envisioned Chameleon to adapt to his surroundings (see what he did there?) by changing the form of the widgets depending on the the time of day, or where you are. For example, when the app ships (and it will be a downloadable app at some point) there will be three contexts: Morning, Work (afternoon), Evening. You can set each one of these to display a specific set of widgets. You may want your various RSS feeds in the morning, plus Twitter and Facebook; at night, your Netflix queue, Twitter and Rdio. The company is preparing specific widgets to fit each roll, but hopes to grow Chameleon with a public API for third-party devs to potentially sell their own specialty widgets directly to customers.

Context also boils down to location: are you connected to a specific WiFi network? If you’re at work and connected to the company’s wireless, Chameleon can be programmed to open up a spreadsheet app, or display a certain email account. The beauty is in the choice; the appeal is in the simplicity. 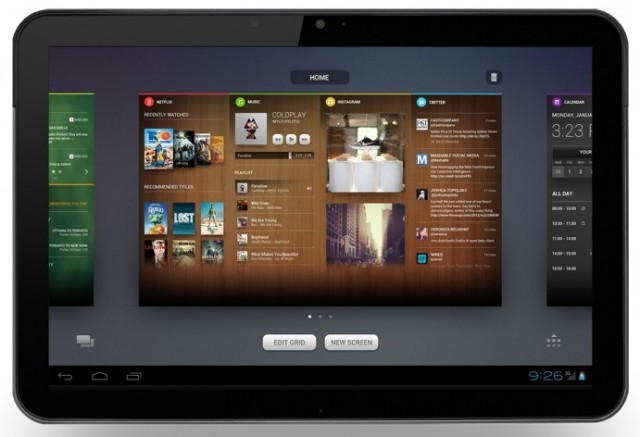 Vida says that the app is in a usable state, but will be far more functional when it ships later this year. The Kickstarter project was done for two reasons: obviously, to get a certain amount of guaranteed funding, ensuring the app’s immediate future; and to gain it some much-needed publicity. Kickstarter has been a great jumping-off point for projects such as Pebble, and Chameleon is attempting to capture a bit of that momentum, especially since it’s a piece of software.

Chameleon was initially meant to be sold directly to OEMs; a company like Samsung or Toshiba would use it as a homescreen/launcher combo. Teknision shopped the project around to various parties but few showed sufficient interest at the time, so Vida and his Ottawa-based team decided to forge ahead anyway. Because Chameleon is entirely self-funded — there is no VC money to be found, at least for the time being — Kickstarter seemed like the obvious choice.

The app should work on all Android tablets running Android 3.0+ by the time it is released. Vida assured me that, despite its initial 1280×800 screen resolution limitation it will work across all screen sizes and form factors. And while he’d still love to partner with a hardware manufacturer, Chameleon looks like it will be a success in its own right.

If you’re interested in supporting Chameleon hit its $50,000 goal on Kickstarter, head on over to its page. A pledge of $5 will get you the app; more will have you supporting a growing Canadian company.