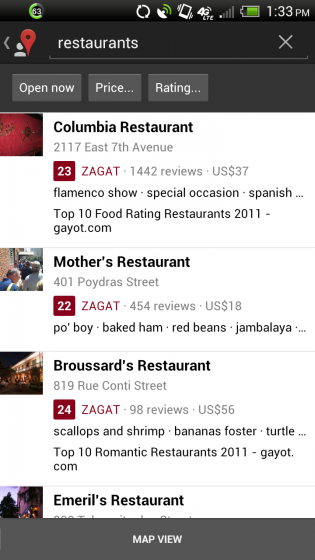 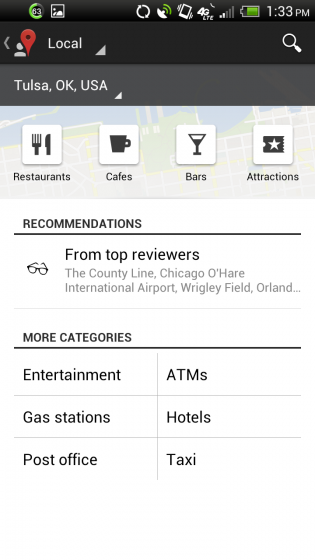 When Google purchased restaurant and attraction review database Zagat last year, we were sure it would eventually find its way into the company’s Places portal. Low and behold, today Google Maps for Android was updated to prominently feature Zagat-based reviews on many restaurants around the world.

The mobile app integration is part of a larger rollout called Google+ Local, on which you can get personalized recommendations from people in your Google+ Circles. According to Google’s Lat-Long Blog, “Each place you see in Google+ Local will now be scored using Zagat’s 30-point scale, which tells you all about the various aspects of a place so you can make the best decisions. For example, a restaurant that has great food but not great decor might be 4 stars, but with Zagat you’d see a 26 in Food and an 8 in Decor, and know that it might not be the best place for date night.”

Because Zagat is considered a relatively trustworthy crowd-source of news, its integration into the larger Google ecosystem should be a warning to Yelp and Foursquare, though the Android-only mobile integration right now is keeping Local from trouncing both of them. Google’s check-in services have never really taken off, so Local’s renewed focus on personalized recommendations goes a long way to making Places relevant again.

Check for the updated version of Google Maps on the Play Store.