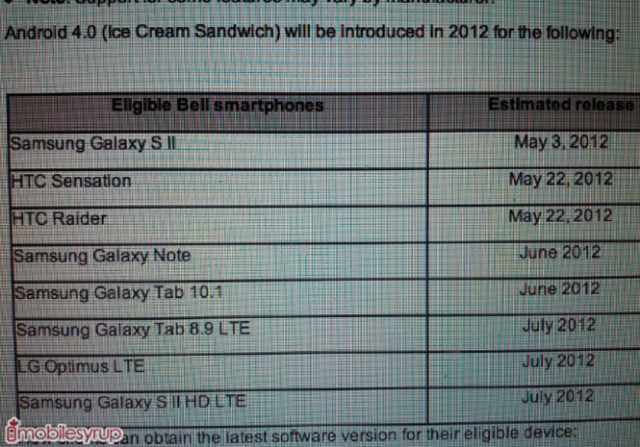 Yesterday was a great day for Bell HTC Raider and Sensation users as they received the upgrade to OS 4.0. If you’re holding one of Bell’s other Android devices that has been promised an OS upgrade to Ice Cream Sandwich we have an update for you. There seems to be some adjustments to their “Estimated Release” schedule for various devices, seems most have been pushed back a few weeks. The updated list is below:

No word on the reasons why, but the good news is that testing is currently happening. We’ll have more info soon.
(Thanks tipster!)