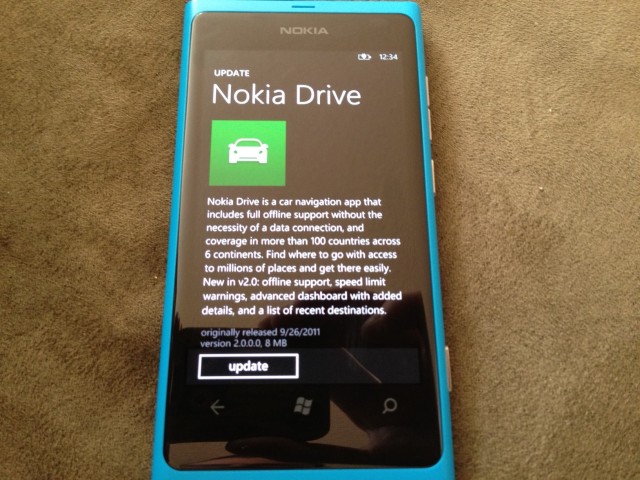 Nokia Drive and Nokia Maps are two of the reasons to purchase a Windows Phone from the Finnish hardware giant, and today they have been updated to versions 2.0 and 1.3 respectively.

The most notable of the updates is for Drive, which brings full offline navigation capabilities to 100 countries in six continents. It also detects the speed limit of the road or highway on which you’re driving and will alert you accordingly when you go over it. An advanced dashboard has been added, as well as a list or recent destinations for quick access.

Both Nokia Drive and Maps have been given a bit of an aesthetic spit shine, too, improving both the design and performance of the apps. There is no specific changelog for Maps, but both can be obtained from any Lumia device in the Windows Phone Marketplace.

Let us know what you think of the updates!