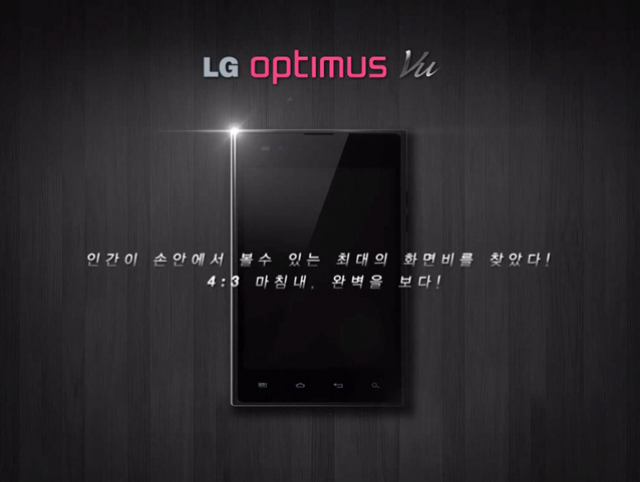 LG has uploaded a video to their YouTube channel of a device called the “Optimus Vu”. It’s a beast running OS 2.3 Gingerbread (hopefully upgradable to OS 4.0), massive 5-inch display with a 4:3 aspect ratio. Going through the vid shows it to be incredibly thin, but no word on how many millimeters it is. In addition, there’s the usual ports, buttons, volume rocker, headphone jack and camera button. Unconfirmed reports also indicate that the Vu will come with a 1.5GHz dual-core Snapdragon processor, 8-megapixel camera, 1GB of RAM, 8GB of internal storage and possibly LTE capabilities. LG will probably officially announce this at Mobile World Congress in a few weeks.