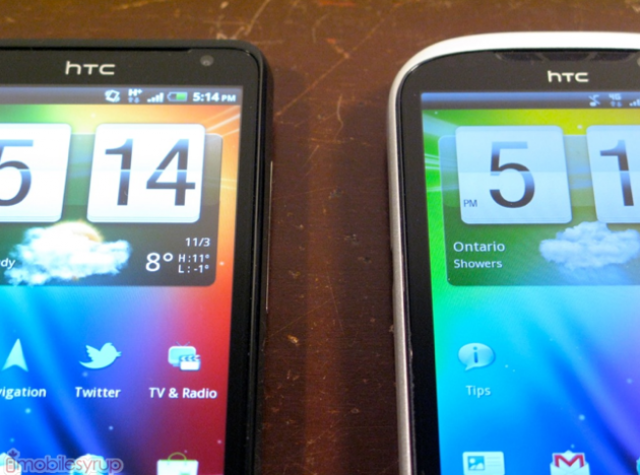 Samsung happy, HTC not so much. News today from both companies as Q4 numbers reveal that Samsung’s Q4 operating profit was 5.2 trillion won ($4.5 billion), this includes all facets of their business (TV, Appliances, Phones, displays), but it’s their phones that are speaking volumes. Samsung sold over 300 million units in Q4, smartphone sales set a record with 35 million units sold, up from 28 million in Q3. Much of the success has been given to the Galaxy SII and the Galaxy Note. In 2012, Samsung is estimating to ship 374 million devices in 2012.

HTC, the world’s 4th largest mobile phone manufacturer, showed consistent growth over the past few years. However, Q4 2011 was a bit different. The company has issued a press release stating their unaudited net Q4 profit was T$11.02 billion ($364.26 million), a drop 2.49% compared to Q4 2010. HTC released some great phones in the quarter, Amaze & Raider, but some says that HTC handsets “scrambled to compete” with the iPhone and Samsung’s Galaxy devices.