Android Market has 400,000 active apps, according to Distimo report 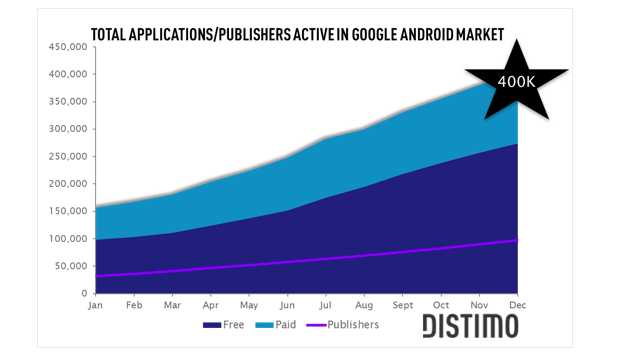 Google recently announced that 10 billion apps have been downloaded from the Android Market, with 700,000 Android devices activations every day.