Here are our favourite iPhone apps of 2011 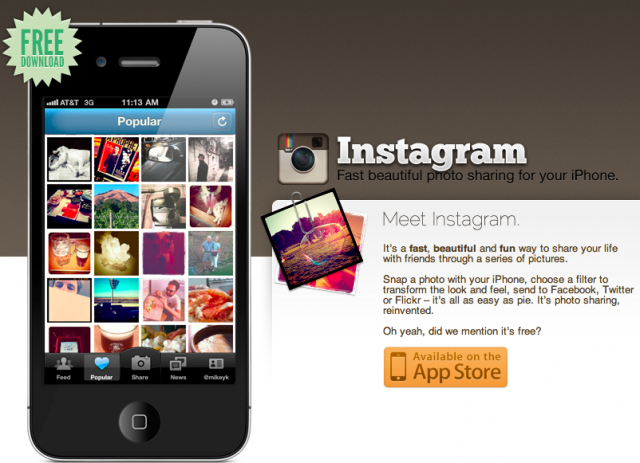 It’s no secret that we love apps. And we’re assuming you do too! So we’re wondering, in a year that saw Instagram (free) flourish, Infinity Blade 2 ($6.99) unleash and Flipboard (free), well, flip, there must be a few stand-out apps that you downloaded in 2011.

Personally, I have taken to a few that I will detail below.

For Twitter, I use Tweetbot ($2.99), one of the most versatile power-user apps on the market. And I think Tapbots, the developers behind the app, recognized a lot of discontent when the Official Twitter App was updated recently, as they had a 99c sale to much acclaim.

On the social media front, I have quite taken to the relaunched version of Path, which allows you to record your daily activities for 150 of your closest friends and family. While we may not need another app that helps us detail every bit of daily minutiae, Path lays it out in an easy and intuitive way, making it as fun as possible.

In terms of news apps, I use Reeder ($2.99) every day to follow what’s good out there in the various technology spheres. It’s possibly the most visually-appealing straightforward Google Reader app. For something a bit more magazine-styled, go with Flipboard (free) which just released its iPhone version to much acclaim.

And out of all the great games that were released this year I play Spelltower ($1.99) the most. I’m a word buff (if you haven’t already noticed) at heart, and this one appeals to my quick-finger proclivities as well as my Scrabble obsession. Other puzzle games I play (too much) are Drop7 by Zynga ($2.99) and Dwindle ($0.99).

What happens when you need to stay organized instead just wasting time? Evernote (free) rocks, as always, but there are two new Evernote apps to keep you in order: Hello and Food (both free). If you’re in the market, instead, for a straightforward task manager, you can’t do better than Wunderlist (free) or even iOS 5’s built-in Reminders app.

Some odds and ends: my favourite weather app is the cute swackett (free) which shows you what to wear in addition how cold it will be. And, when I’m out in the cold, I use the Starbucks (free) app to pay for my drinks (yup, I’m one of those people). When I’m waiting a streetcar I use Rocket Man (free) to check how long it’s going to take, and if it’s going to take a while I log into Instapaper (free) to read all my saved articles.

Some of these apps did not premiere in 2011, but they all received dramatic improvements this year, or just stayed fantastic.

Let us know your picks in the comments, and why, and perhaps we’ll put a little tally together for a Best iPhone app of 2011.