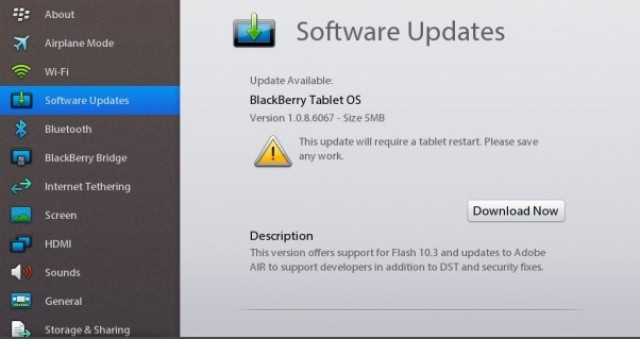 Only days after the Playbook was rooted with a tool by the name of Dingleberry, RIM has released a small 5MB update to patch the exploit. It should be pushed out to every Playbook owner in the next few days, but if you’re ever planning on rooting your device perhaps hold off on this one.

The updated version stands at 1.0.8.6067, and also brings the Playbook up to speed with the latest versions of Adobe Flash and AIR.