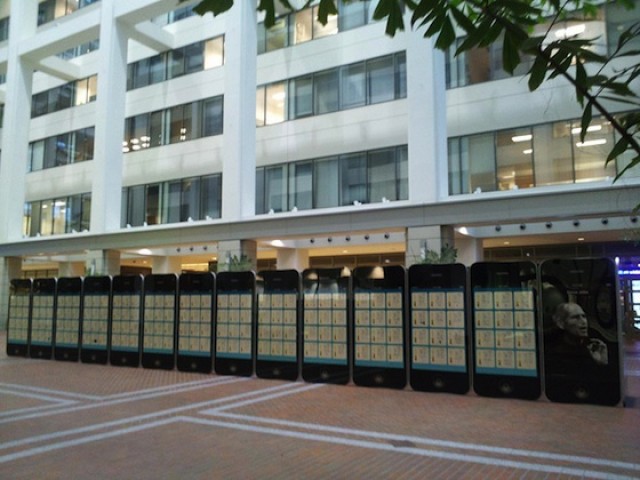 The late Steve Jobs has a total of 323 patents with his name on it, some of them include the “Voicemail manager for portable multifunction device”, which is the iPhone’s visual voicemail; or a “Method and apparatus for use of rotational user inputs”, which is the iPod clickwheel. To celebrate his ideas the U.S. Patent and Trademark Office (USPTO) in Alexandria, Virginia has decided to exhibit some of his work. In total there are 30 huge iPhone displays that showcases the front page of 300 of the patent and trademark filings. Cool idea… the patents will be on display until Jan. 15th, 2012.