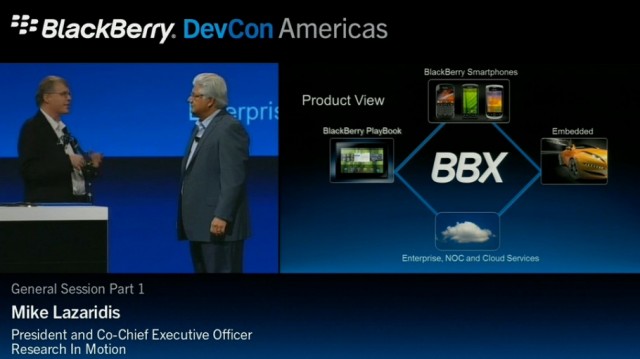 BlackBerry DevCon is happening in San Francisco right now – so is the Motrorola event in New York – and Research in Motion co-CEO Mike Lazaridis has taken the stage. He started off by noting that the recent service outage was truly unfortunate, but here are some stats:

Lazaridis then shifted towards the PlayBook, stating that “Today, we’re going to show you what we’re doing to make it better.. Today I’m pleased to announce our next generation platform, BBX”. They are currently showing off games on the PlayBook…

More soon… hopefully they show off the BBX smartphones!

The event is streaming live here