The Legacy of Steve, reactions from around the web 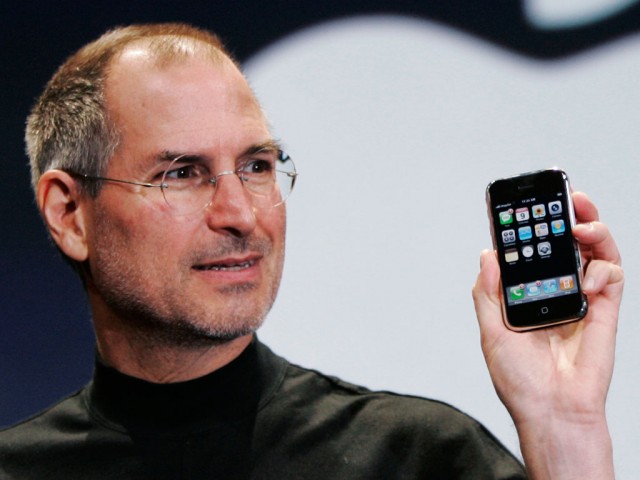 It’s difficult, if not impossible, to measure in words what Steve Jobs accomplished over his life. A visionary from the very beginning, there is no doubt that since his return to Apple in 1997 he has overseen more successful products, and product lines, than any CEO in history.

It seems fitting then that yesterday, under the same roof as where the iPod was announced ten years earlier, Steve’s colleagues and friends announced the iPhone 4S, possibly the last product that he personally oversaw. Despite its tepid reception, it is without a doubt the culmination of ten years of hardware and software design, whittled down into a slab of metal and glass and pixels.

There is a reason that Steve Jobs was likened at times to a deity, a figure larger than us. It’s because he thought bigger than most, and we benefit every day from his vision.

Here’s a collection of notable quotes from around the web:

Bill Gates, Microsoft:
“I’m truly saddened to learn of Steve Jobs’ death. Melinda and I extend our sincere condolences to his family and friends, and to everyone Steve has touched through his work. Steve and I first met nearly 30 years ago, and have been colleagues, competitors and friends over the course of more than half our lives. The world rarely sees someone who has had the profound impact Steve has had, the effects of which will be felt for many generations to come. For those of us lucky enough to get to work with him, it’s been an insanely great honor. I will miss Steve immensely.”

President Barack Obama:
“Michelle and I are saddened to learn of the passing of Steve Jobs. Steve was among the greatest of American innovators – brave enough to think differently, bold enough to believe he could change the world, and talented enough to do it… The world has lost a visionary. And there may be no greater tribute to Steve’s success than the fact that much of the world learned of his passing on a device he invented. Michelle and I send our thoughts and prayers to Steve’s wife Laurene, his family, and all those who loved him.”

Mark Zuckerberg, Facebook:
“Steve, thank you for being a mentor and a friend. Thanks for showing that what you build can change the world. I will miss you.”

Eric Schmidt, Google chairman:
“Steve Jobs is the most successful CEO in the U.S. of the last 25 years. He uniquely combined an artists touch and an engineers vision to build an extraordinary company… one of the greatest American leaders in history.”

Walt Mossberg, AllThingsD
“Steve Jobs was a genius, a giant influence on multiple industries and billions of lives, has been written many times since he retired as Apple’s CEO in August. He was a historical figure on the scale of a Thomas Edison or Henry Ford, and set the mold for many other corporate leaders in many other industries.”

Sergey Brin, Google:
“From the earliest days of Google, whenever Larry and I sought inspiration for vision and leadership, we needed to look no farther than Cupertino. Steve, your passion for excellence is felt by anyone who has ever touched an Apple product (including the macbook I am writing this on right now). And I have witnessed it in person the few times we have met. On behalf of all of us at Google and more broadly in technology, you will be missed very much. My condolences to family, friends, and colleagues at Apple.”

Rupert Murdoch, News Corp.:
“Today, we lost one of the most influential thinkers, creators and entrepreneurs of all time. Steve Jobs was simply the greatest CEO of his generation. While I am deeply saddened by his passing, I’m reminded of the stunning impact he had in revolutionizing the way people consume media and entertainment. My heart goes out to his family and to everyone who had the opportunity to work beside him in bringing his many visions to life.”

Mike Lazaridis and Jim Balsillie, Research In Motion:
“Steve Jobs was a great visionary and a respected competitor… We extend our deepest condolences to his family and to all of the employees of Apple.”

Nadir Mohamed, Rogers President & CEO:
“Steve Jobs was one of the greatest innovators of our time. He revolutionized how we consume entertainment, access information and stay in touch by making iconic devices that are brilliantly designed, intuitive and easy to use. He had a clear vision for what technology should deliver to consumers and his focus on the customer was relentless. He will be sorely missed. Our deepest condolences go out to his family, his friends and to all the employees at Apple.”

Wade Oosterman, President of Bell Mobility:
“He demonstrated, really, the power of competition. Apple launched the iPhone, everybody raised their game, and as a result, the functionality and the benefit you get from smart phones in general and a whole new generation of super phones, it really started with that.”