Canadian Federal Court of Appeal rules in favour of Globalive: WIND can officially stay in business 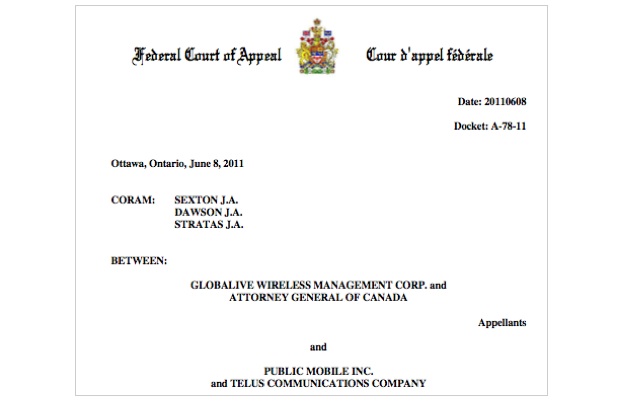 Even before WIND Mobile launched their wireless service other competing carriers had concerns about the amount of foreign ownership they have. Globalive, WIND’s parent company, is heavily backed by Egyptian-based Orascom and was given the green light in December 2009 to operate. They first launched in Toronto, but quickly expanded to Calgary, Edmonton, Vancouver and Ottawa and now have a subscriber base of 300,000.

In February, Public Mobile and TELUS asked the Federal Court to look deeper into their structure, which once again questioned WIND’s future. WIND appealed the decision and good news has come today as the Federal Court of Appeal ruled in their favour and can stay in business for good.

Conclusion
[59] The appeals will therefore be allowed, and the Order in Council will be restored. Globalive and the Attorney General are entitled to their costs throughout. No costs will be assessed for or against the interveners.

In addition, a press release just went out from WIND that states that “the Canadian Federal Court of Appeal ruled in favour of the Government of Canada and Globalive by allowing their appeals and restoring the Order in Council that permitted Globalive to launch in December 2009. In overturning the decision, the Federal Court of Appeal recognized that Cabinet acted properly both in varying an earlier CRTC decision and in finding that Globalive meets the Canadian ownership and control test in the Telecommunications Act. The decision was unanimous.”

Anthony Lacavera, Chairman of Globalive said “We and our 300,000 customers are thrilled with this decision. Now we can continue delivering value and choice to Canadian consumers without the distraction and expense of challenges by our competitors to our right to operate. We have always maintained our compliance and with the restoration of this Order-in-Council we look forward to getting back to competition in the marketplace- where it belongs”.