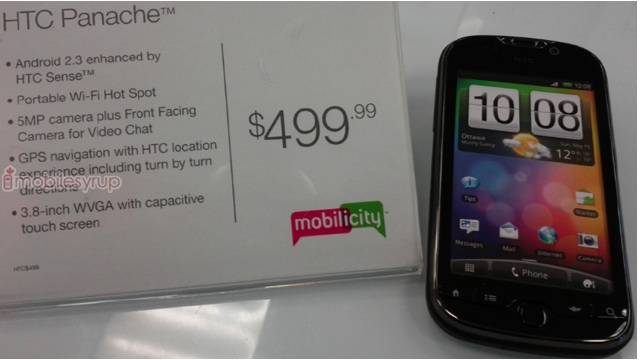 Right on schedule is Mobilicity prepping to release yet another Android-powered device. A few weeks back Mobilicity held an internal challenge with their employees to potentially re-name the HTC Emerald… the go-to-market name of this OS 2.3 device is now called the “Panache”. Sounds like a good name and Wikipedia defines Panache as someone with a “flamboyant manner and reckless courage”, which is very fitting for Mobilicity. The dummy devices have started to arrive and the no-contract price point is set for $499.99. We’re told it should be launching later this week or early next. As for specs, the Panache has a 3.8-inch display, 5 megapixel camera and a front facing camera, Wi-Fi and can create a Wi-Fi hostspot. Good specs and a good price point too.