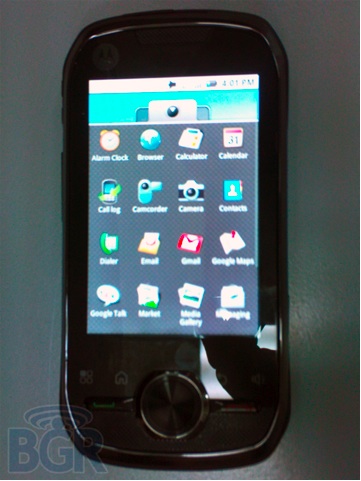 It’s rumoured that TELUS will release the another Motorola device, this time an iDen version on their Mike Network. Apparently it might be as soon as Q3 and will be the “Opus One”. This will be a great improvement to their lineup as currently the best smartphone available is the BlackBerry Curve 8350i. Motorola has yet to even officially announce the Opus One, so there’s no word on price or an actual Canadian availability.

Known specs and features of the Opus One are the a 3.1-inch HVGA capacitive touchscreen display with a resolution of 320×480, Accelerometer, Android 1.5 running MOTOBLUR, Enterprise email, iDEN PTT & PTX, 3.0 megapixel camera with autofocus, LED flash and video capabilities, Wi-Fi, A-GPS, 2.5mm headset jack, Overall dimensions are 58mm in width x 118mm in length and weighs in at a 100 grams.