By default… Rogers to release the Motorola Quench 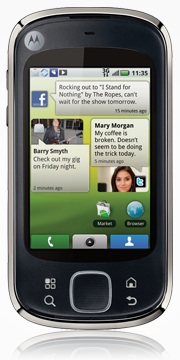 No official word on a price point or when this will officially be available, but this will be the fourth upcoming Android device that Rogers will release: Sony Ericsson XPERIA X10, Acer Liquid e, Samsung Galaxy Spica and the Motorola Quench all within the next few months.

No official announcement yet from Rogers about the Quench but I’m sure we’ll hear something soon.