Shipments are also expected to come within 1-2 weeks 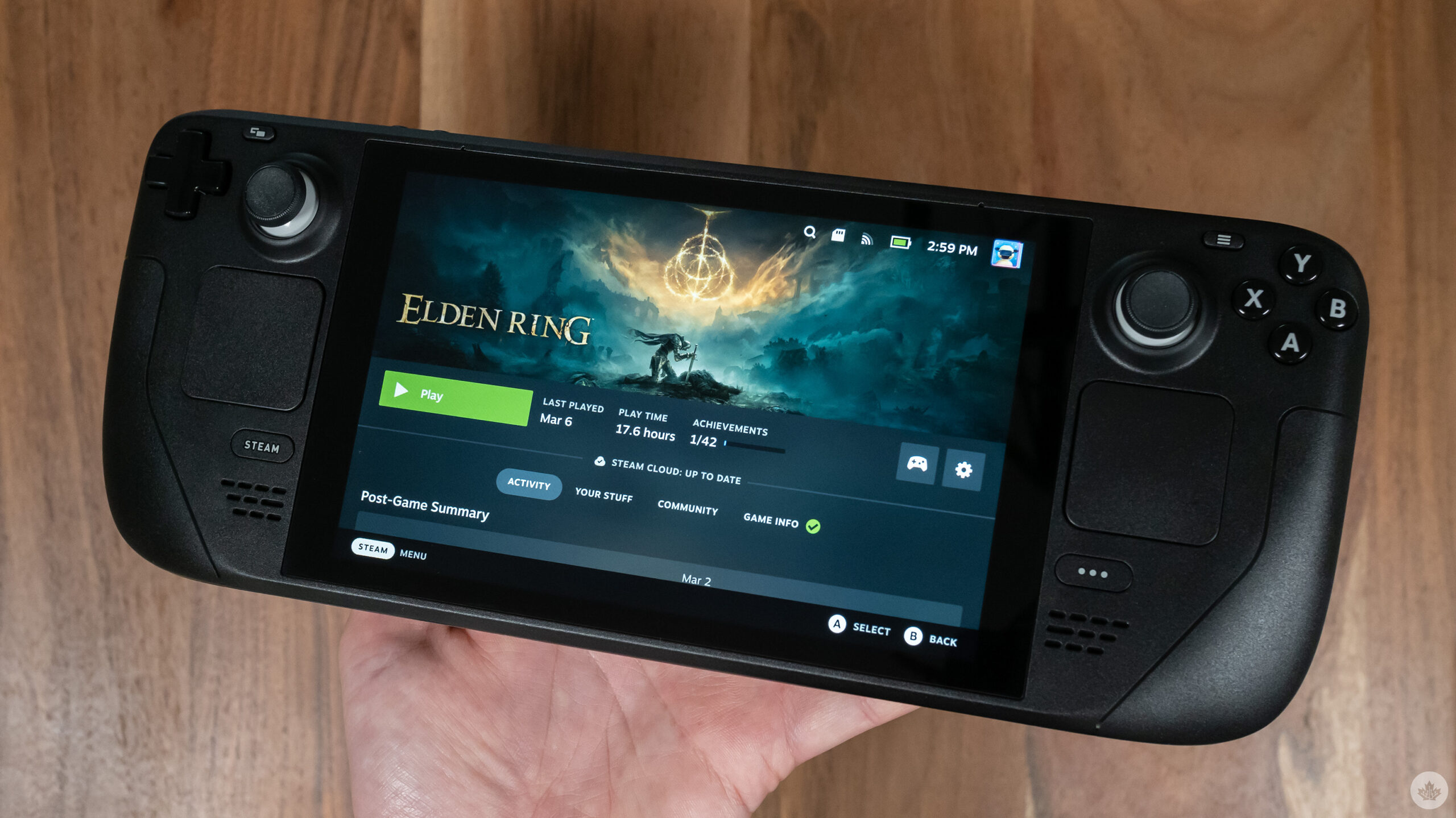 Valve’s Steam Deck is now available for purchase without any reservation.

As spotted by Twitter user @Lbabinz, visiting the Steam Deck page gives you the option to ‘Buy now,’ with deliveries estimated to occur within one to two weeks.

BIG NEWS today!
✨ Steam Deck is now available without a reservation! Order one, we'll ship it to you: https://t.co/uVdBCpJVuX
📺 The Docking Station is available, too! Connect to peripherals and displays in style: https://t.co/QqLoKsvASs
💾 Plus, lots of new software features: pic.twitter.com/64VzQeisuZ

It’s a significant move from Valve, which has been operating under a reservation system since last year. Previously, people would have to place a small deposit and then wait any number of months before receiving an email that gave them a small window in which they could complete their purchase and await shipping soon thereafter. For example, a friend and I pre-ordered our Steam Decks in June and just received them within the past week.

Now, though, the supply constraints seem to have improved enough for Valve to do away with this reservation system. It should be noted that Valve says it will try to keep Steam Decks readily available, but it may “temporarily” revert to reservations in some regions as needed should the demand exceed supply.

You can order the Steam Deck here. Additionally, the Steam Deck Dock, which allows you to connect your system to TVs and monitors like a Nintendo Switch, can now be ordered for $119.99.

Update: 06/10/2022 at 2:27pm ET — Updated with Steam’s confirmation that the dock is also now available, as well as a Valve tweet about temporarily reverting back to a reservation system if demand exceeds supply.