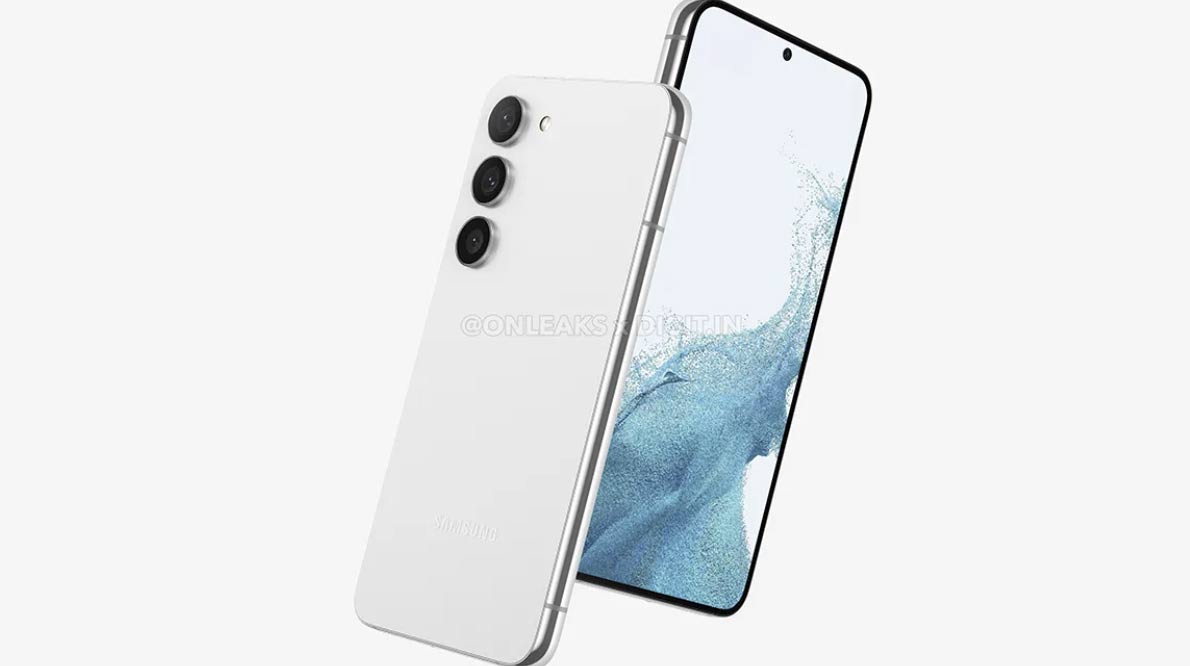 Samsung leaks are starting to appear once again, with new unofficial renders of the rumoured Galaxy S23 hitting the internet.

The leak was shared by Steve Hemmerstoffer (@Onleaks) via Digit and SmartPrix. The renders show that Samsung will possibly ditch the sizable camera bump with the S23 and S23+. Instead, the flagship smartphone will feature three protruding camera lenses with no actual camera island.

The renders make the smartphones sort of look like the Galaxy S22 Ultra, but without as many camera lenses.

So #FutureSquad… Guess who brings you the very first and very early look at the much anticipated #Samsung #GalaxyS23Plus?! (360° video + stunning 5K renders + dimensions)

The S23 is rumoured to feature a 6.1-inch display, while the S23+ could feature a 6.6-inch screen with both sporting three shooters, but those specs are unclear. The handset will also feature Qualcomm’s 2023 flagship processor, the Snapdragon 8 Gen 2.

If these renders are accurate, the Galaxy S23 and S23+ are poised to be minor updates compared to last year. On the other hand, the S23 Ultra is rumoured to feature a 200-megapixel camera in 2023.\

OnLeaks also leaked an unofficial render of the S23 Ultra.

It’s believed to have a 6.8-inch display, similar to its predecessor. It will also be slightly wider and offer the thinnest bezels ever on an Galaxy S device. It will also offer display improvements in terms of peek brightness, colour accuracy, HDR performance and more.

We’re expecting to see the S23 series in January or February of 2023. While leaks should always be looked at with an air of skepticism, Hemmerstoffer has a great track record.