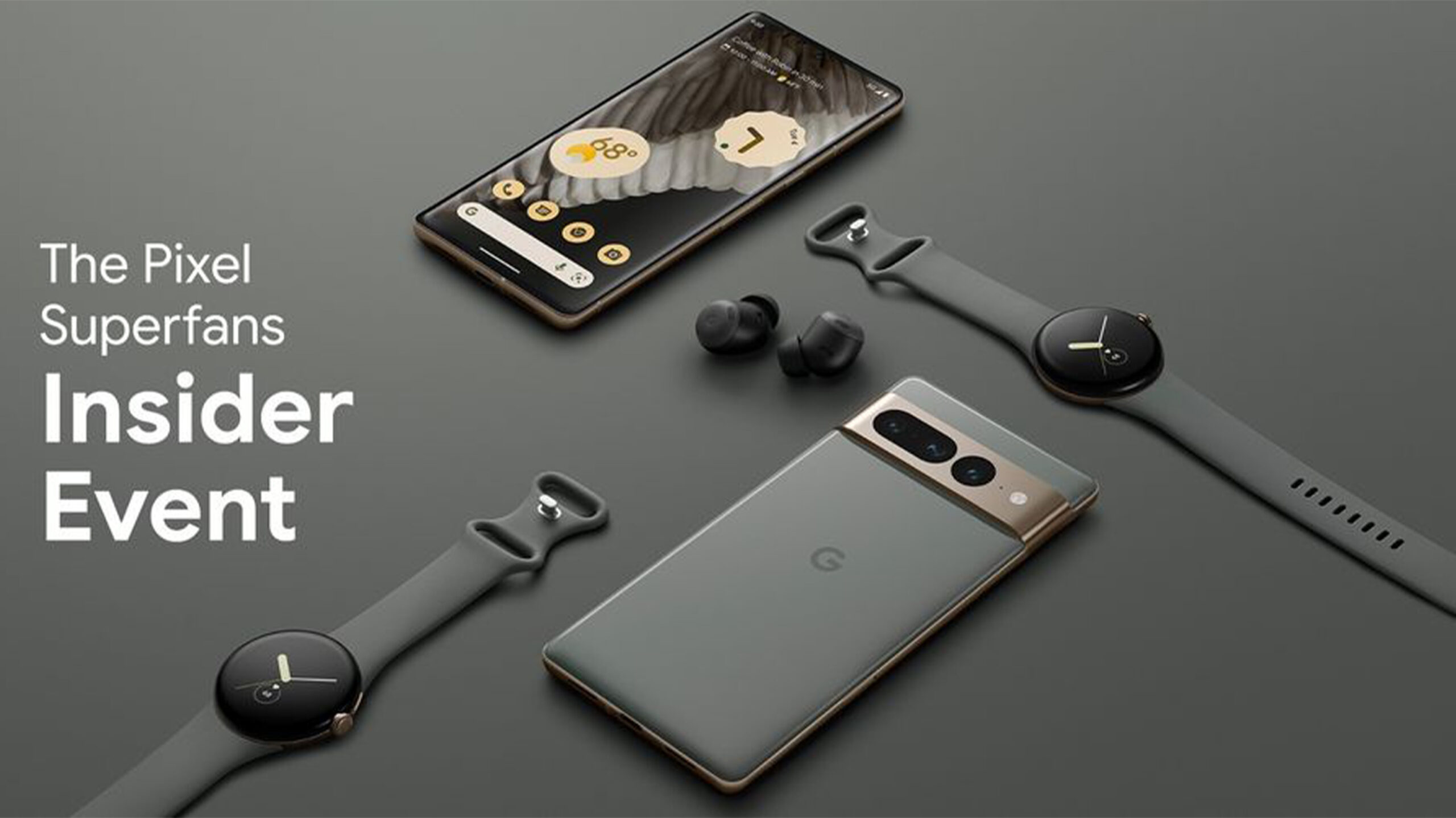 As usual for a Google phone, we’ve seen a lot of the upcoming Pixel 7 and 7 Pro ahead of launch, thanks to plenty of official (and unofficial) pictures. One thing we haven’t officially seen is the front of the Pixel 7 Pro. At least, we haven’t until now.

9to5Google spotted an image (above) posted to the Pixel Superfans Facebook page that shows the front and back of the Pixel 7 Pro, finally confirming long-running rumours that Google toned down the curved display this year. Interestingly, the Superfans group is private, but Google put the official render as the public-facing header image.

Unfortunately, the image doesn’t offer any additional new information. It includes two renders of the Pixel Watch, the Pixel Buds Pro, and the back of the Pixel 7 Pro in the ‘Hazel’ colour.

As 9to5 points out, the official renders line up with previous leaks, namely a prototype Pixel 7 Pro that was heavily featured in hands-on videos earlier this year.

While fans of the curved display edge may lament the loss, it seems like a positive change to me. Curved display edges were all the rage a few years ago, but generally, phone manufacturers have moved away from them, perhaps because they suck. Curved screen edges are prone to accidental taps, distort what appears on the edge of the screen, are annoying for cases and screen protectors… the list could go on. I’m happy to see a subtle display curve on the Pixel 7 Pro this year.

We’ll likely learn more about the Pixel 7 Pro, as well as the Pixel 7, Pixel Watch, and other Google hardware, at the company’s upcoming October event.