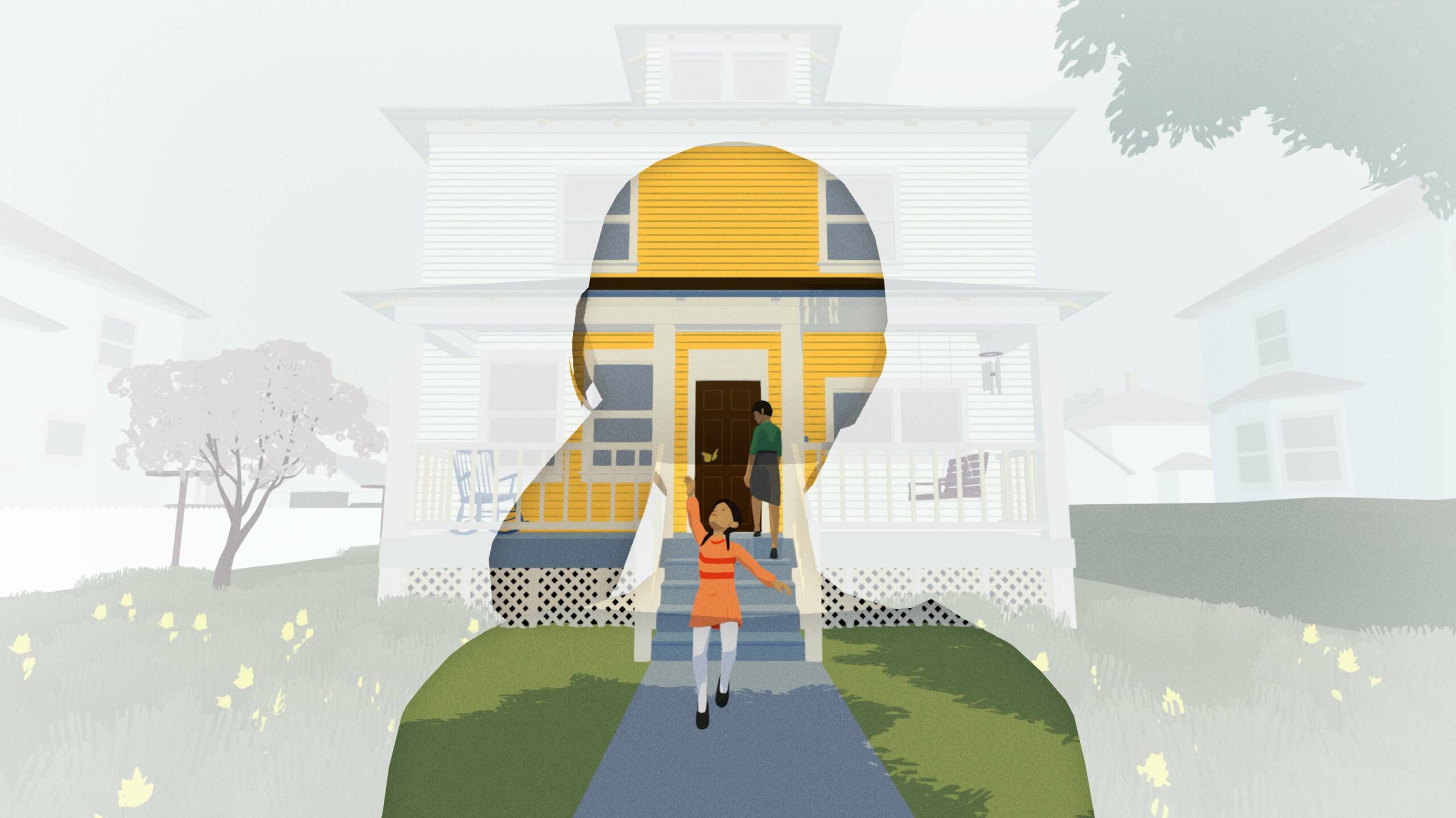 I’ve always had a strained relationship with my father.

Being primarily raised by my single mother, I often resented him for rarely being around, and for fighting with me whenever he was. There are few things a kid needs more than their parents’ love, and I felt like I was lacking half of that. As a result, there’s this perpetual feeling of pent-up emotions — things that I’ve just wanted him to understand — even though he’d never listen, and we’ve since been estranged for years.

As I played through Hindsight, the latest game from boutique indie publisher Annapurna Interactive, I found myself revisiting many of these thoughts. In the point-and-click narrative adventure title, a young chef named Mary returns to pack up her childhood home in the wake of her mother’s death. Naturally, this stirs up many long-forgotten memories from her earlier years, forcing her to process her feelings and come to terms with her grief.

In this way, Mary’s story — rife with conflicted, unresolved feelings towards a parent — hit surprisingly close to home, and it made the already solid Hindsight even more impactful as a result.

A fresh spin on “cinematic”

Before all of that, though, I was quickly taken aback by the presentation in Hindsight. Developer Team Hindsight, led by creator Joel McDonald (Prune), has opted for an understated, painterly aesthetic, which enhances the overall solemn atmosphere. But it’s how you interact with these visuals that Hindsight becomes downright transformative.

While basic pointing and clicking will get you in and around various parts of Mary’s home, Hindsight employs a novel approach to taking you through Mary’s actual memories. Throughout the environment are “apertures,” which are represented by everything from raindrops and flowers to birds and piano keys, and you’ll have to engage with each of them to segue into the next scene. Sometimes, this is done simply by rotating the camera around the object in question until you line up the next memory within, while other instances require simple, short minigames, like arranging dishware on a table or moving books on a shelf. 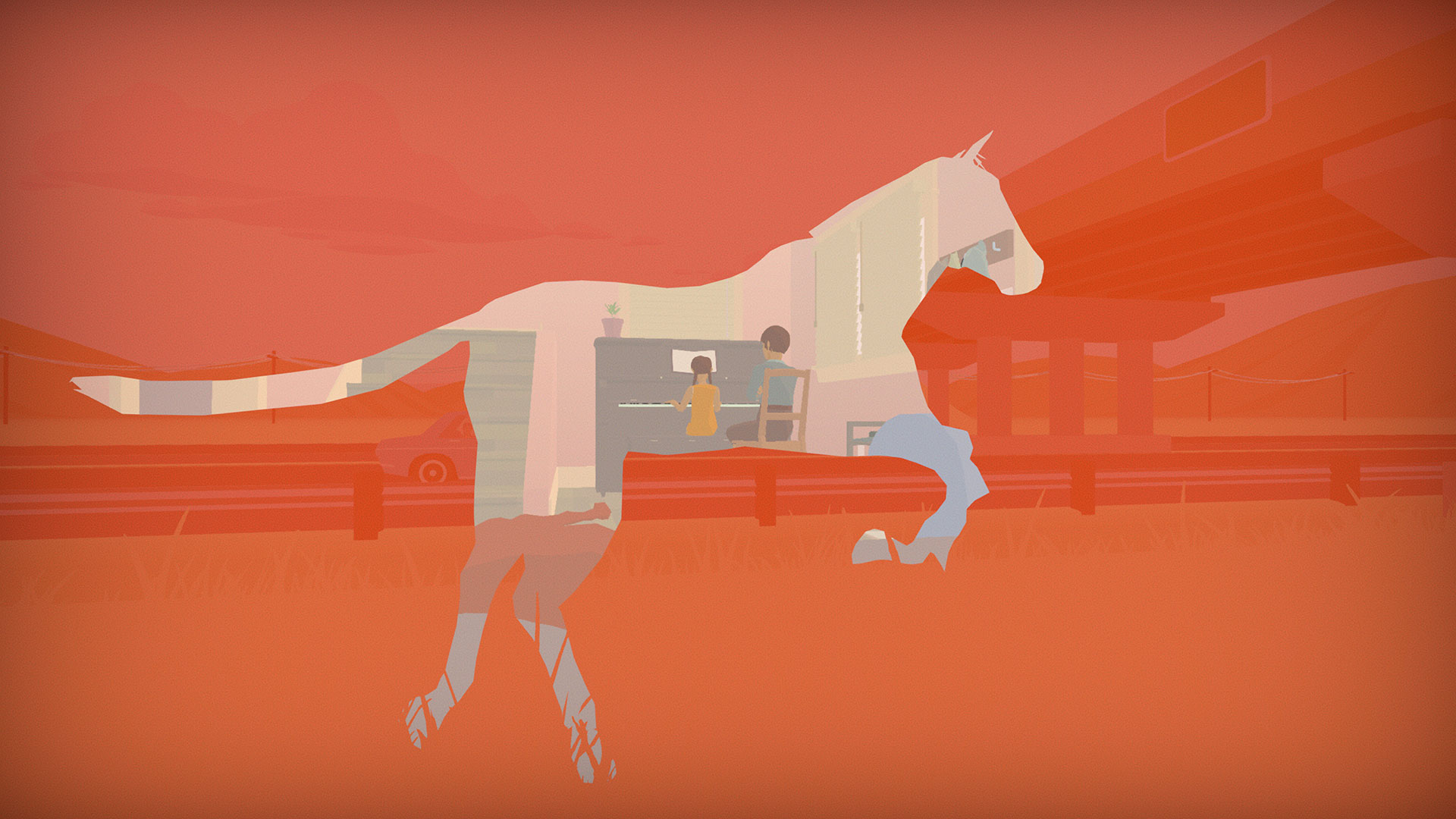 This creates a wonderfully refreshing cinematic look — one uniquely accomplished not with photorealistic graphics, but through stylish transitions that move the camera in a wide array of twists and turns. In one instance, I panned into the family’s moving car before pulling back outside to zoom through a horse that Mary distractingly was imagining, snapping me back to their living room. In another moment, a sequence portraying Mary’s rising culinary career continued playing each time I cut a carrot, akin to how a flipbook tells a little story. Admittedly, it could be a bit frustrating to figure out where the next aperture was, given that they could be small at times, and I did occasionally run into some jarring slowdowns with them. On the whole, though, it’s remarkably inventive, and, more impressively, no two transitions are repeated in the three-hour campaign, keeping the whole experience visually engaging throughout.

A thoughtful and personal reflection on longing

On a deeper, more meaningful level, the aperture mechanic also brilliantly ties into the game’s larger themes about memory and perspective. Quite literally having you look at the world from different viewpoints mirrors what Mary herself is doing with her past. And because her mother is now dead, all of Mary’s thoughts about her are presented through an inner monologue, as read by Reiko Aylesworth (24) in an effectively melancholy performance. As such, Mary is aware that she’s having a one-sided “conversation” with her mother, and, therefore, is forced to try to see things from a different perspective. It’s not enough to just think fondly about her father, the parent she did wholeheartedly cherish.

It’s through this framework that Hindsight truly began to resonate with me. While my father isn’t dead, he is, in a similar fashion, gone from my life, and so I related heavily to Mary’s disappointments regarding pouring her heart out to someone who isn’t there to hear it. Writer Emma Kidwell’s script expertly captures all feelings that accompany this. The bitterness over missing all of the family dinners mixed with the warmth you felt with the other parent who was there for you. The confusion that lies in wondering why they’re not around, and the painful thought that this means they might not care about you. The stubborn rejection you give them when they do finally turn up. 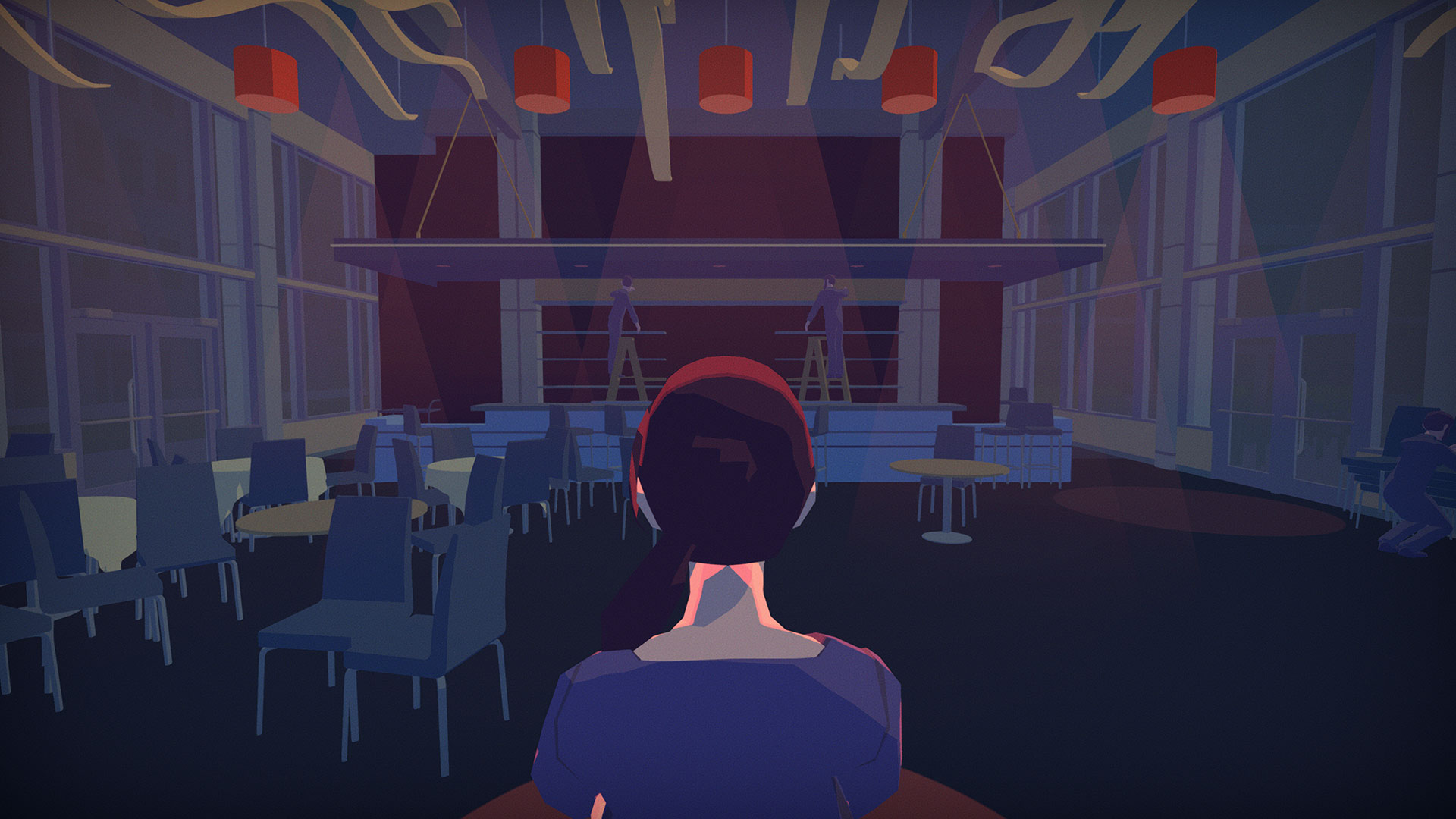 Making everything even more personal is the fact that Team Hindsight made the conscious decision to make Mary mixed-race, just like me. There’s a uniquely isolating culture clash that can be felt when you have two completely different backgrounds, which Hindsight explores to great effect. Not unlike how my dad’s side of the family impressed upon me their Indo-Guyanese culture and associated Hindu religion, we see how Mary’s mother repeatedly tried to teach her daughter about her Japanese heritage.

Just like how I viewed this as overbearing and detracting from letting me just be a “regular” child, so too did Mary see her mother’s customs as barriers to everyday activities like playing with other kids. It’s rare to see mixed-race characters portrayed in media in general, and it was especially lovely to see that represented in this game authentically thanks to Kidwell’s own half-Japanese background.

What I found genuinely moving, though, is that Hindsight offers a commendably nuanced take on this dynamic. I won’t spoil what sorts of conclusions adult Mary eventually comes to, but suffice it to say that the narrative has a lot of empathy for both daughter and mother in ways I didn’t know I needed. While I don’t think I’ll be able to find quite the same resolutions with my own family issues, Mary’s ability to more maturely process her feelings as an adult — particularly by learning to take the good with the bad — nonetheless proved touching, cathartic and even inspirational.

An unforgettable trip down memory lane 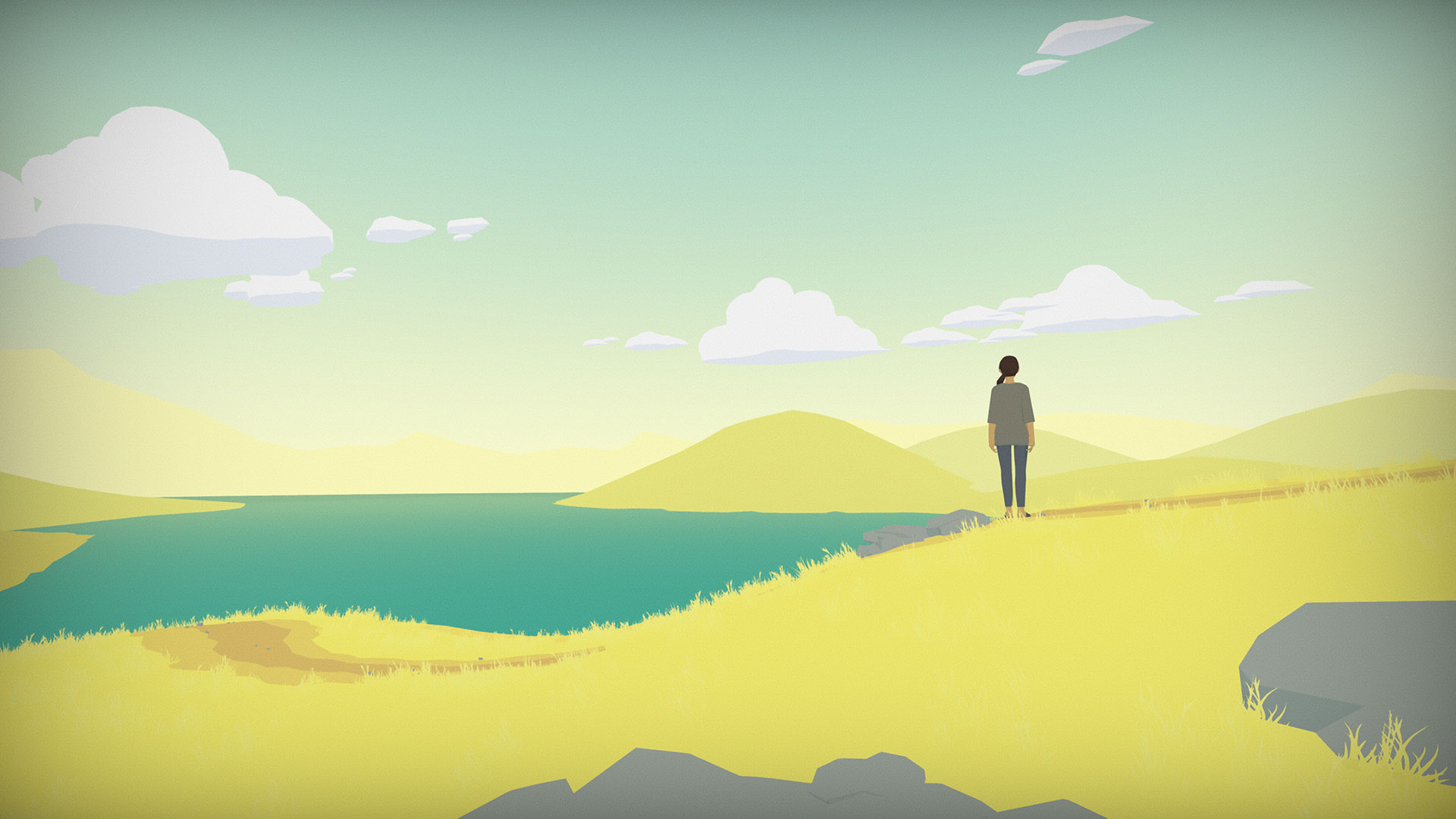 Hindsight was a game that kept surprising me. The aperture mechanic was a smart means to keep the gameplay simple and approachable yet distinctive and compelling. But moreover, the story about the pain one feels toward an absent parent is layered, heartfelt and eminently relatable. Hindsight can be a sad and difficult journey at times, but it’s ultimately a beautiful and profound one that’s well worth playing.

Hindsight will release on Nintendo Switch (reviewed), iOS and Steam on August 4th.