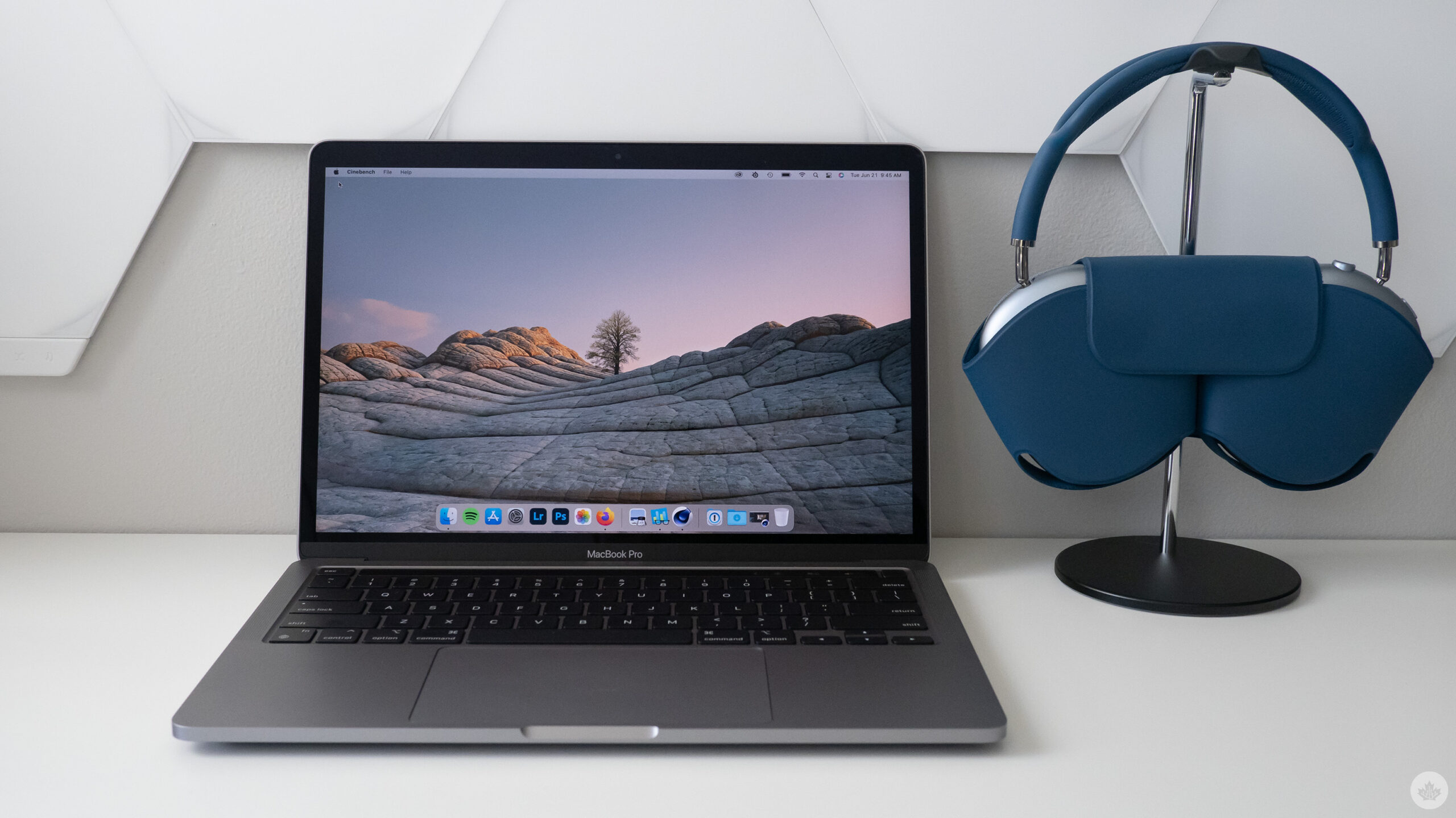 Instead of bringing its powerful M2 chip to a new lower-end 14-inch MacBook Pro, the tech giant instead opted to keep its older (and decidedly sleeker) 13-inch MacBook Pro with Touch Bar around, but dropped its new 8-core CPU/8-core GPU silicon inside it.

With this in mind, there’s not much to unpack about the 13-inch MacBook Pro and its 2016-era design. Its bezels are massive compared to its 14-inch and 16-inch counterparts, it still features the not very useful Touch Bar, there’s no MagSafe charger, and it doesn’t offer the SD card slot other laptops in the MacBook Pro lineup feature.

Oh, and it also still comes with the Butterfly keyboard that some claim continues to feature durability issues (for what it’s worth, I haven’t encountered problems with the latest Butterfly switch mechanism).

Still, going back to the 13-inch MacBook Pro after lugging the 14-inch M1 Max-powered MacBook Pro around for the last few months has been an enlightening experience. While the return of the SD card slot and ample power was lauded by most critics (including myself), I’ve come to realize that I don’t really need that much power in day-to-day use. Further, the old 13-inch MacBook Pro design feels undeniably sleeker, lighter and overall, like a more futuristic laptop in some ways.

That said, I still question who the M2-powered 13-inch MacBook Pro is for. Those looking for ample hardware power will likely opt for the M1 Pro or M1 Max-powered MacBook Pro, and those that don’t need that extra CPU/GPU horsepower are likely waiting for the new MacBook Air. There’s possibly a tiny subset of users that want the old 13-inch design for its built-in fans and additional thermal headroom, but with Apple’s latest chip. I’d argue this niche audience is likely relatively small, however.

It’s also worth noting that Apple’s other M2-powered device, the entirely redesigned MacBook Air, is set to drop in July, but the laptop’s specific release day remains unknown.

Now that the stage has been set, let’s get into the new 13-inch MacBook Pro’s benchmarks. Generally, there aren’t any surprises, and in day-to-day use, the M2 has held up well with everything I’ve run on it, including Adobe Premiere CC, Photoshop CC, Lightroom CC, web browsing, video watching and more. I’ve also noted a battery life boost over the M1 of at least a few hours, which is great to see.

Overall, the M2-powered MacBook Pro benchmarks very close to the 14-inch M1 Pro MacBook Pro, which is what I expected.

Below are the laptop’s benchmarks: