Call of Duty: Vanguard has a few major pain points to address before it can rise on every front

Although there are some rough edges, Call of Duty: Vanguard makes for a solid entry 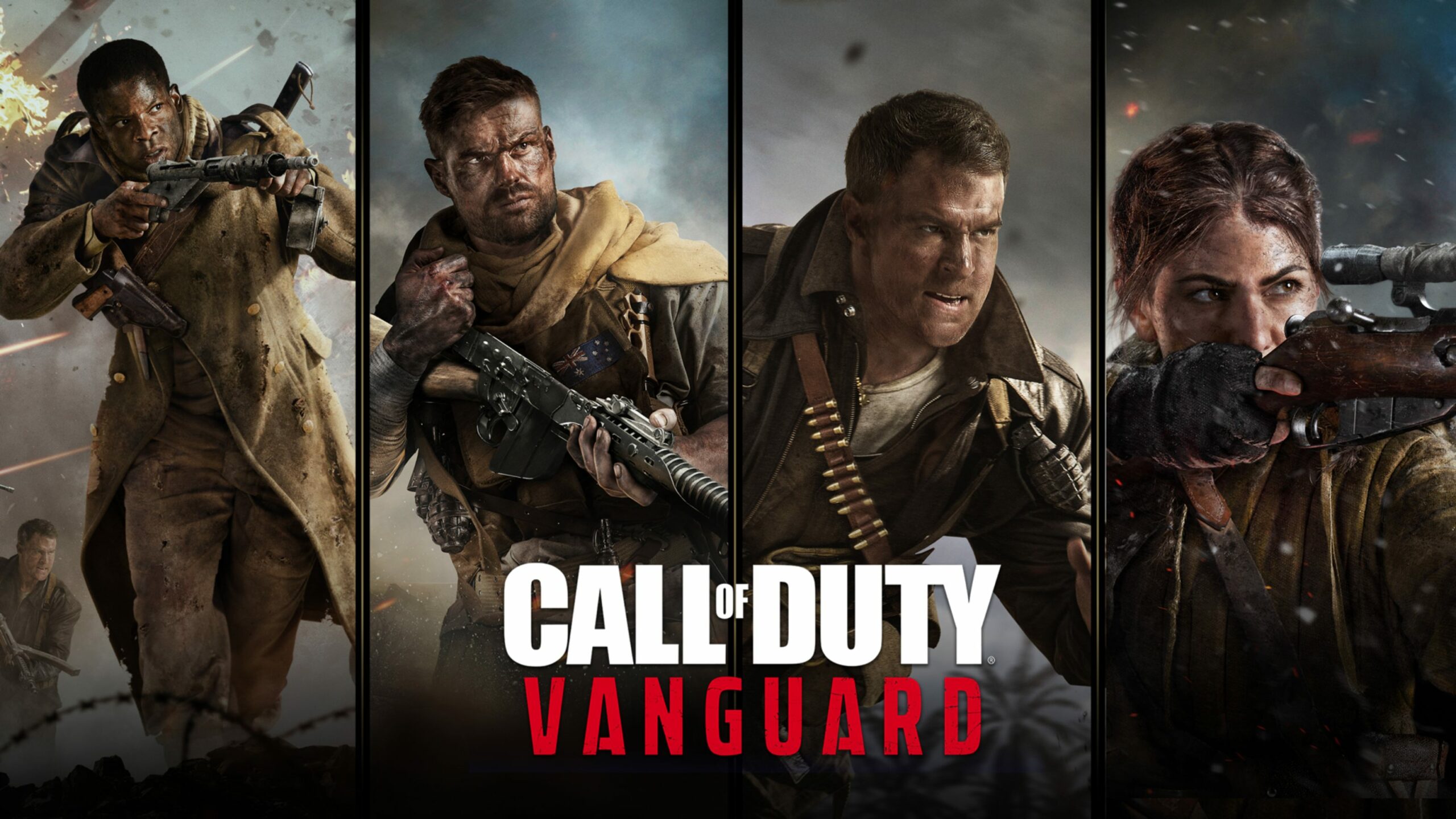 The annual Call of Duty season is upon us. Sledgehammer Games, alongside a multitude of other Activision studios, has helped to release this year’s FPS blockbuster, Call of Duty: Vanguard. Whether you are a campaign-oriented player, a competitive guru, or looking for more Zombies action, the WWII-centric title caters a bit to everybody.

Over 18-odd years, the Call of Duty cycle has become a bit predictable. From the era the game takes place in, to the studio behind it, you can have a good idea of what you’ll expect before even playing the latest title. The same can be said for Vanguard to a certain extent. If you’ve followed Call of Duty long enough, you can envision what Sledgehammer can bring to the table, especially after 2018’s Call of Duty: WWII. Though, it’s what the studio does to outpace itself that sets Vanguard apart from previous projects. 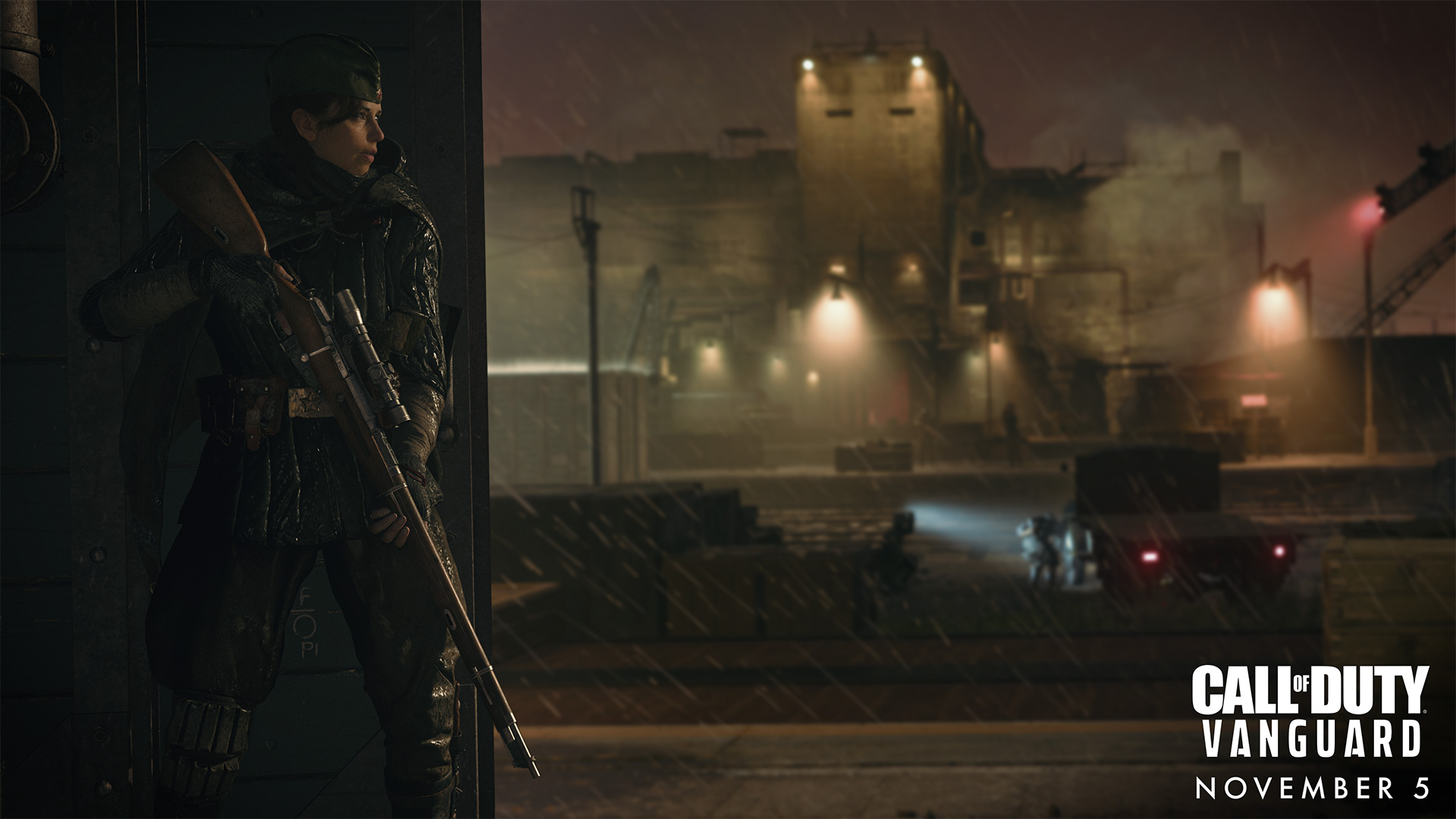 WWII-era FPS games have long become saturated. We’ve seen D-Day and we’ve faced the Nazis and Axis armies. I would have thought there wasn’t much left to explore from a narrative standpoint. However, thanks to a creative narrative team that includes the likes of Sam Maggs, Belinda Garcia, Shelby Carlton and Alexa Ray Corriea, Vanguard offers a compelling story with interesting characters. The multiplayer portion of Vanguard is rich with content and is genuinely fun from a competitive standpoint. However, with cracks in the foundation, the team needs to address them for the community’s sake. When looking at the Zombies mode, inherent changes to the loop left me feeling underwhelmed.

Vanguard packs in many blockbuster moments and sets pieces throughout. Yet, they all serve the purpose of delivering character-focused moments.

First off, let’s take a look at the Vanguard campaign. While I feel that story has sometimes taken a back seat in exchange for prioritizing compelling multiplayer content, Vanguard’s narrative isn’t compromised in the slightest. Vanguard centres around a ragtag group that has formed the very first Special Forces team. The group is comprised of British paratrooper Sergeant Arthur Kingsley, paratrooper Sergeant Richard Webb, 2nd Lieutenant Lucas Riggs, Navy pilot Lieutenant Wade Jackson, Red Army medic Polina Petrova, and soldier named Novak are tasked with infiltrating a German base. While searching for a MacGuffin known as Project Phoenix, the group is captured by a Nazi regime and subjected to interrogation. The story unfolds by giving each character the spotlight during their individual moments speaking to Nazi officer Jannick Richter.

We’re shown specific moments told in non-chronological order during the war. From Kingsley’s rise as a leader to Petrova’s revenge mission to track down a Nazi sergeant, Vanguard excels in unfolding these vignettes that are emotional and powerful tales. The story also goes out of its way to tell stories from all walks of life and avoid the ones we’ve seen countless times. Vanguard packs in many blockbuster moments and sets pieces throughout, yet they all serve the purpose of delivering character-focused moments. 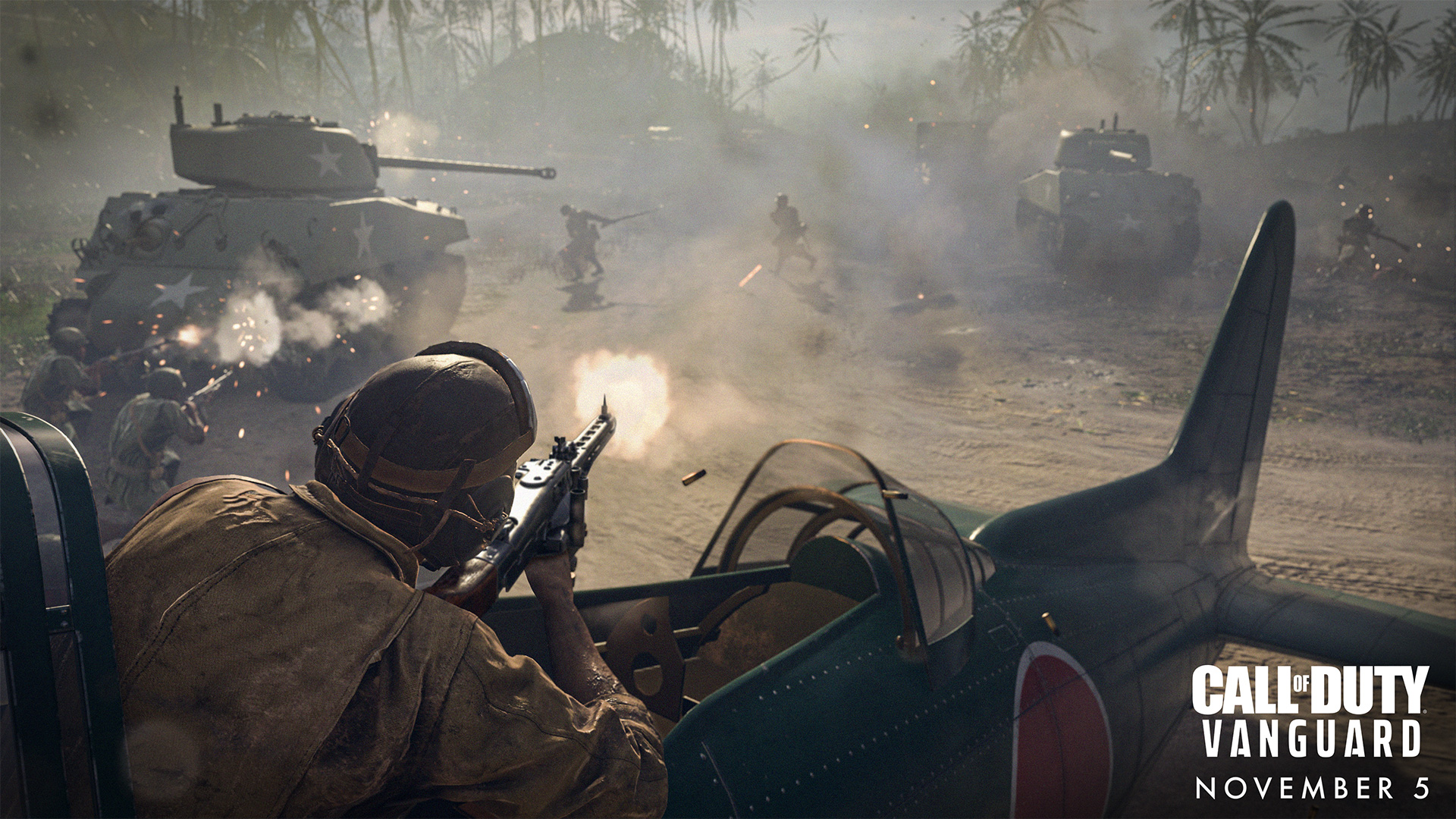 For the first time in many years, I felt attached to the characters in Call of Duty. There were notable performances and memorable stories incorporated that made me think a character like Kingsley could stand out as a face for the franchise, similar to Captain Price or Ghost. When the group is able to interact and play off one another, you get a sense that they are a strong, dynamic team. The only downside is that there is so much time setting up each character that by the time the gang really gets to work together, credits on the six-hour campaign begin to roll. I’m hopeful we get more of these characters in the future.

Playing on Xbox Series X, there were a couple of instances of framerate drops in the campaign. However, aside from that, the game looks immaculate. The facial animations during cutscenes sometimes air on the uncanny valley level. Lighting and particles go a long way in creating a visual treat in 4K. I oftentimes wished a Photo Mode was included so I could set up shots a bit easier.

Over on the multiplayer side, Vanguard offers the most content-rich Call of Duty launch in recent memory. It’s almost overwhelming when you first start to play. For starters, there are 16 maps available at launch, including revamps of World at War’s Castle and Dome. For the most part, I’ve been loving the map offering. Many are balanced in the right ways, offering different levels of elevation primed for various loadouts. Each map has a unique setting including the sun-kissed and sandy Oasis map to the snowy Red Star and Decoy’s mock town. They are all fitting for the era but offer a unique backdrop for multiplayer mayhem.

Sledgehammer does appear to be actively listening to community feedback.

Vanguard uses a very muted colour pallet. This fits with the muddiness and tone of the WWII era. Though, I often feel as though it impacts visibility on many maps. Oftentimes, I’ll be shot and not have an idea of where the enemy was. They blend in seamlessly on many of the maps. I’m left wondering if contrast or colour shading could be patched in to improve this or if my eyes need more time to adjust from the vibrant maps of Black Ops: Cold War. 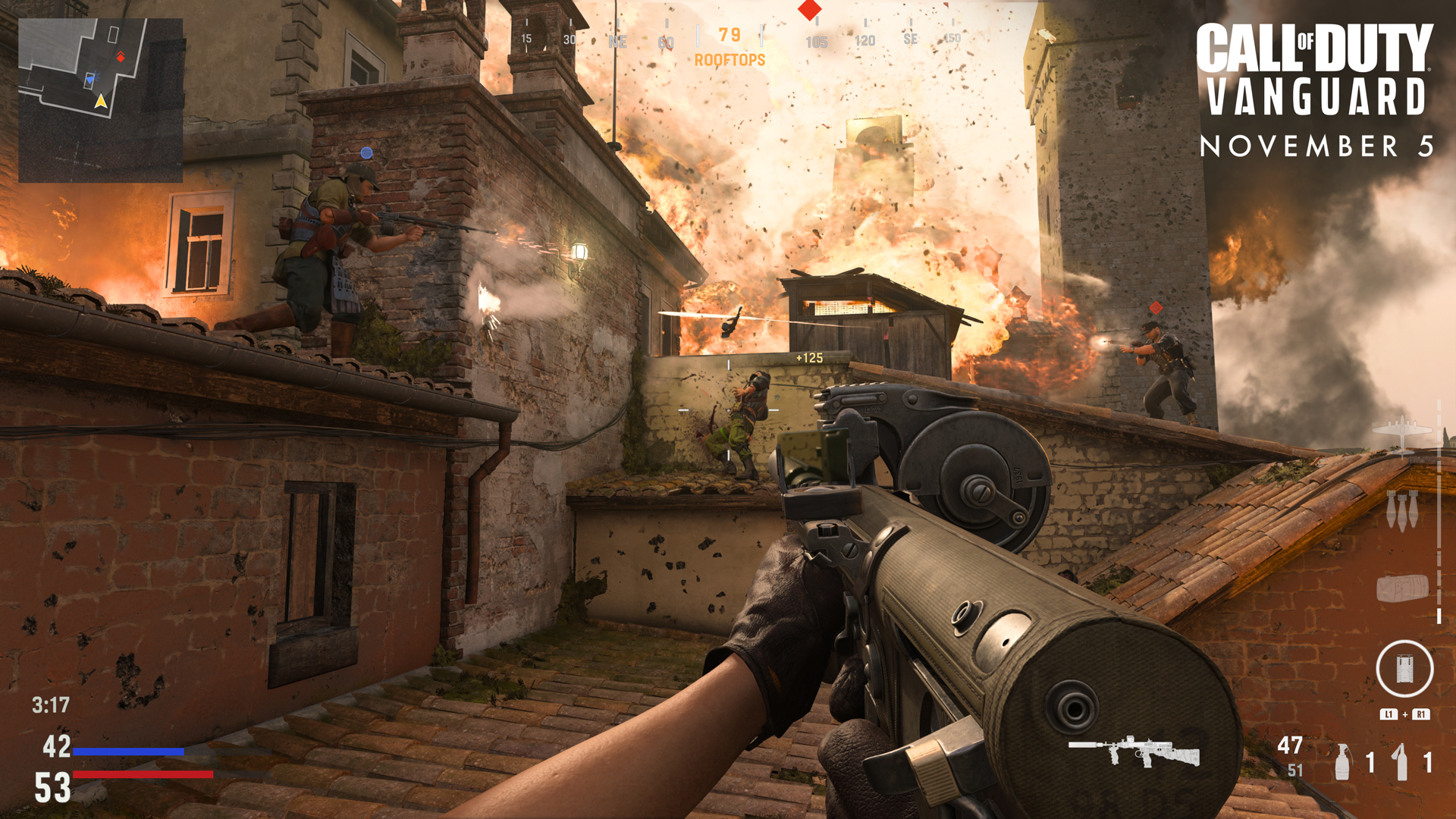 Sledgehammer does appear to be actively listening to community feedback. The sun’s rays were drastically nerfed from the beta. No longer do I feel blinded by the light when running outdoors. This gives me hope that tweaks can be made. Audio improvements have also been made. For the first time ever, I feel as though I can actually pinpoint the general direction of gunfire. Footstep audio is also crisp and accurate, though now that everyone uses the Ninja perk, it’s a bit of a moot point.

Call of Duty: Vanguard offers an impressive array of weapons and Operators to unlock and level up. From the weapons side, many guns can now be outfitted with up to 10 attachments. Due to this, the max level can regularly reach 70, meaning there’s more of a grind to unlock everything. The same can be said for Operators. Currently, each of the 12 Operators available at launch requires you to unlock them by completing certain tasks. In certain cases, this may require you to obtain 200 kills with a certain weapon type. Others require you to complete certain actions. They are all obtainable but require a certain level of dedication.

The amount of content is staggering and I’m eager to see how Vanguard’s integration into Warzone’s Pacific map will pan out. I believe there will have to be some balancing made to make levelling up weapons more streamlined but that remains to be seen ahead of Season 1. 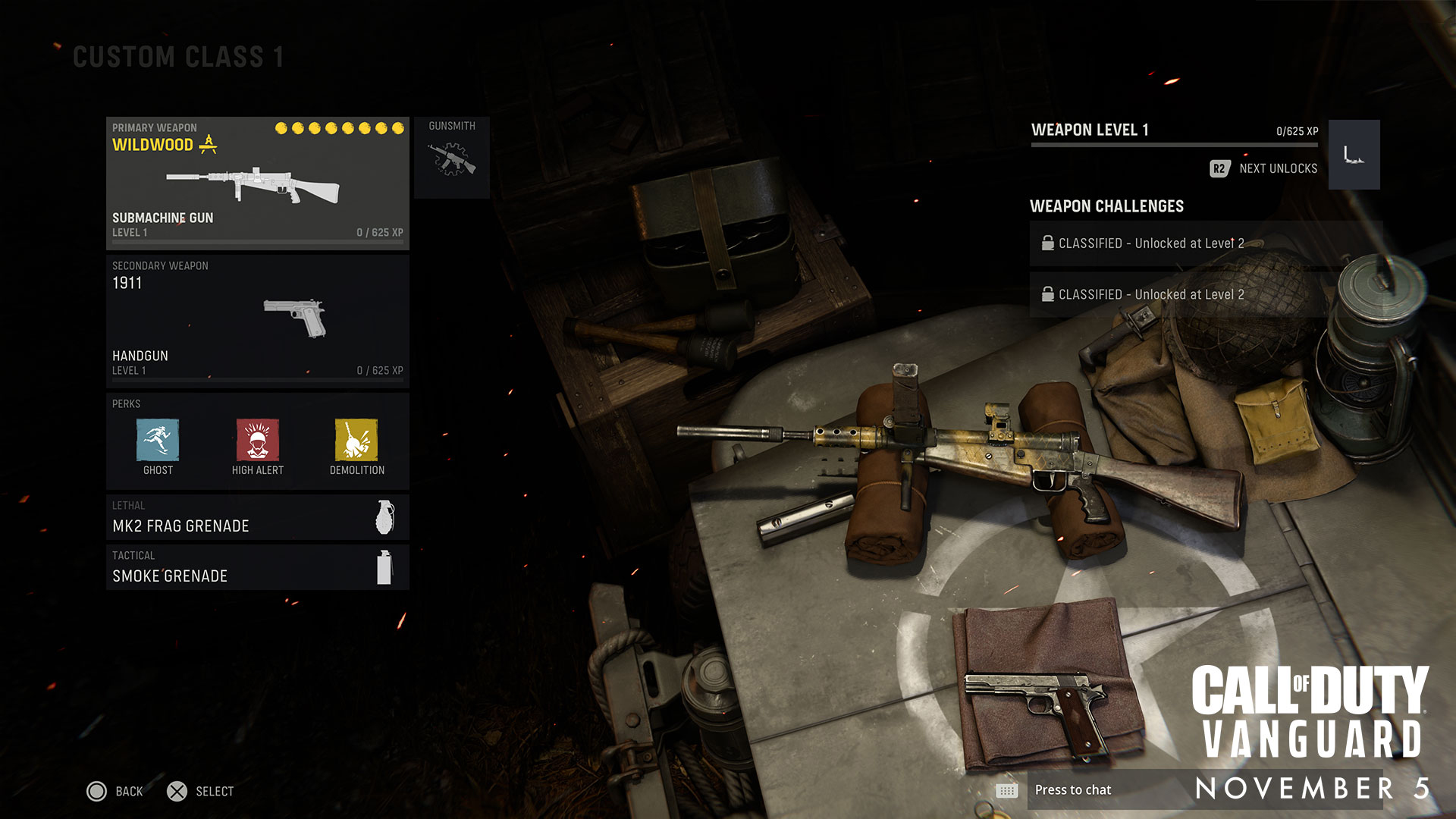 Granted, this is coming off the launch weekend, but Vanguard’s multiplayer does have some pain points holding it back. Currently, the spawns are unbalanced. This is likely a matter of Sledgehammer having to analyze and fine-tune spawn locations. Even when it worked to my benefit, having players pop right in front of me felt unfair. Additionally, the multiplayer struggles with Packet Bursts, Vanguard’s on-demand texture streaming feature. Even with good internet speeds, Packet Bursts are impacting connections. There are also small progression bugs, specifically towards unlocking reticles, which impact the satisfying grind. These are all things that can be patched over time. However, none have been formally addressed by the studio as of the time of writing.

Vanguard offers the usual staples of Call of Duty’s multiplayer modes. Team Deathmatch, Search and Destroy, Kill Confirmed — the list goes on. The unique game mode introduced in Vanguard is Champion Hill. Eight teams of two or three go head to head until the last team alive is standing. Each team is given a number of cumulative lives. Once those are gone, the team is disqualified. Along the way, teams can find money and extra lives, during each round. Cash can be used to upgrade weapons, buy perks etc. It’s a surprisingly fun game mode and requires a little more forethought and communication than other modes. Champion Hill is fast-paced and unique enough to stand apart from the rest.

Rather than continue the base structure that Zombies players are so used to, Vanguard’s treatment errs more along the side of a traditional Roguelite.

Finally, we’ve reached Vanguard’s Zombies offering. Treyarch helmed this mode for Vanguard, after leading the charge with the massive spread of content during the Cold War era. Rather than continue the base structure that Zombies players are so used to, Vanguard’s treatment errs more along the side of a traditional Roguelite. Thanks to the Nazi’s obsession with the occult, players and their teams are transported into an alternate universe. Upon each run of Zombies, teams will tackle a series of random runs. Between each run, teams will be transported to a hub area to purchase perks, craft weapons, and swap Covenants, which provide buffs. It’s a new gameplay loop for the long-established co-op mode in Call of Duty. Vanguard’s Zombies mode once again allows the franchise to branch off from the more serious storytelling aspects. 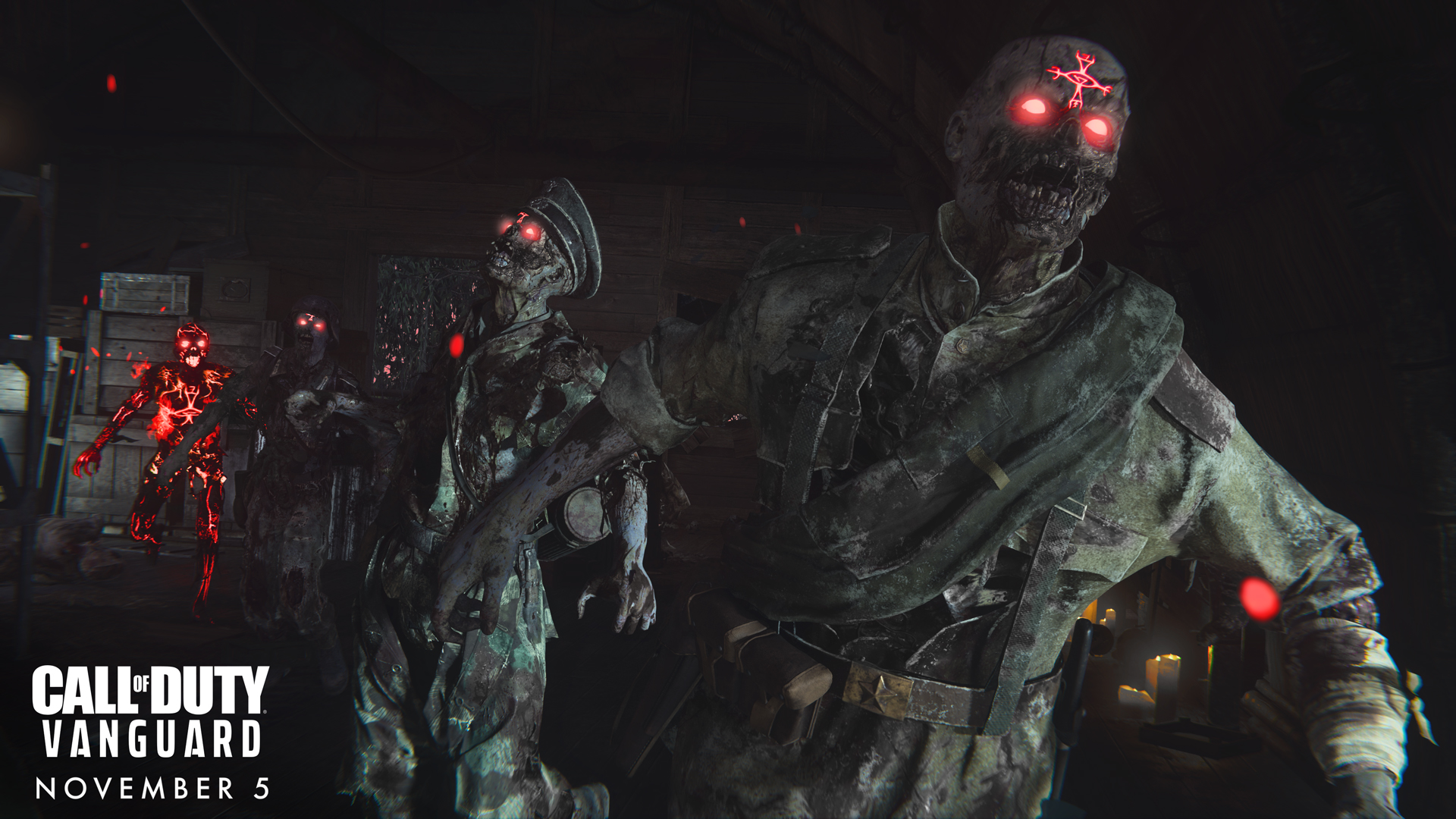 I’ve never considered myself an authority on the Zombies mode. When I do dabble, I enjoy a certain amount of predictability. Not knowing what my next run may look like threw me off as I approached what could be considered a series of small minigames. I anticipate that the hook of this year’s Zombies mode will be crafting the ultimate build. Perfecting the right selection of Covenants and weapons is likely what will keep die-hard players around. However, for a more casual Zombies player, the new loop could take getting used to.

Call of Duty: Vanguard is a riveting entry in the saturated WWII genre. Sledgehammer Games and partnering studios helped deliver a lot of compelling content across its various modes. The campaign is largely backed by phenomenal writing and stunning visuals, crafting a memorable cast of characters. Multiplayer is content-rich but does need an extra layer of polish to stand out and withstand the test of time. Addressing concerns and listening to feedback will play important roles in the near future. Zombies take a radical turn but may offer die-hards a satisfying enough twist to keep players coming back for more. All in all, Call of Duty: Vanguard is another strong entry for the FPS and competitive community.

Call of Duty: Vanguard is now available on PC, PlayStation 4, PlayStation 5, Xbox One, and Xbox Series X/S. Physical copies of the game are available at Best Buy, Amazon and more.

Note: Activision-Blizzard, the company that owns Call of Duty, is currently embroiled in a major gender discrimination and harassment scandal. The company has responded to allegations with a number of initiatives, including an end to forced arbitration and a 50 percent increase of women and non-binary people at the company. However, legal proceedings and investigations remain underway, and it remains to be seen whether the company will meaningfully address the multitude of concerns.