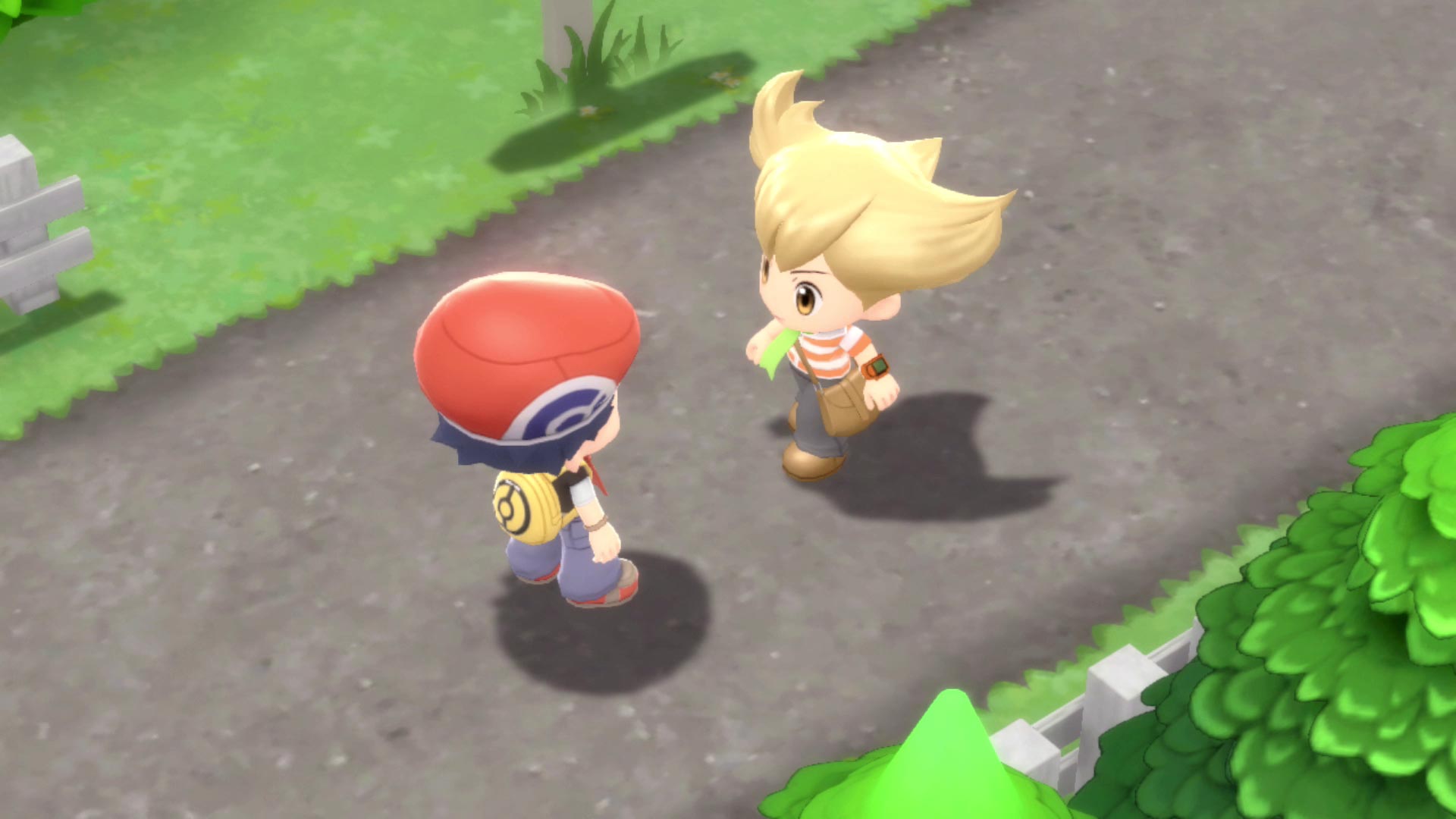 Pokémon Brilliant Diamond and Shining Pearl (BDSP), the latest entries in the beloved Pokémon series, are set to launch in a little over a month, and I was lucky enough to get a hands-off preview of these much-anticipated remakes.

The 25-minute preview mostly showed off what was already revealed in the September 28th official trailer for the title, but I also had the opportunity to ask several questions about the game.

Diehard fans will be pleased to hear that the two titles faithfully reproduce the experience of their predecessors. Even better, there’s also a graphics overhaul and several quality of life updates.

Here are some throwbacks 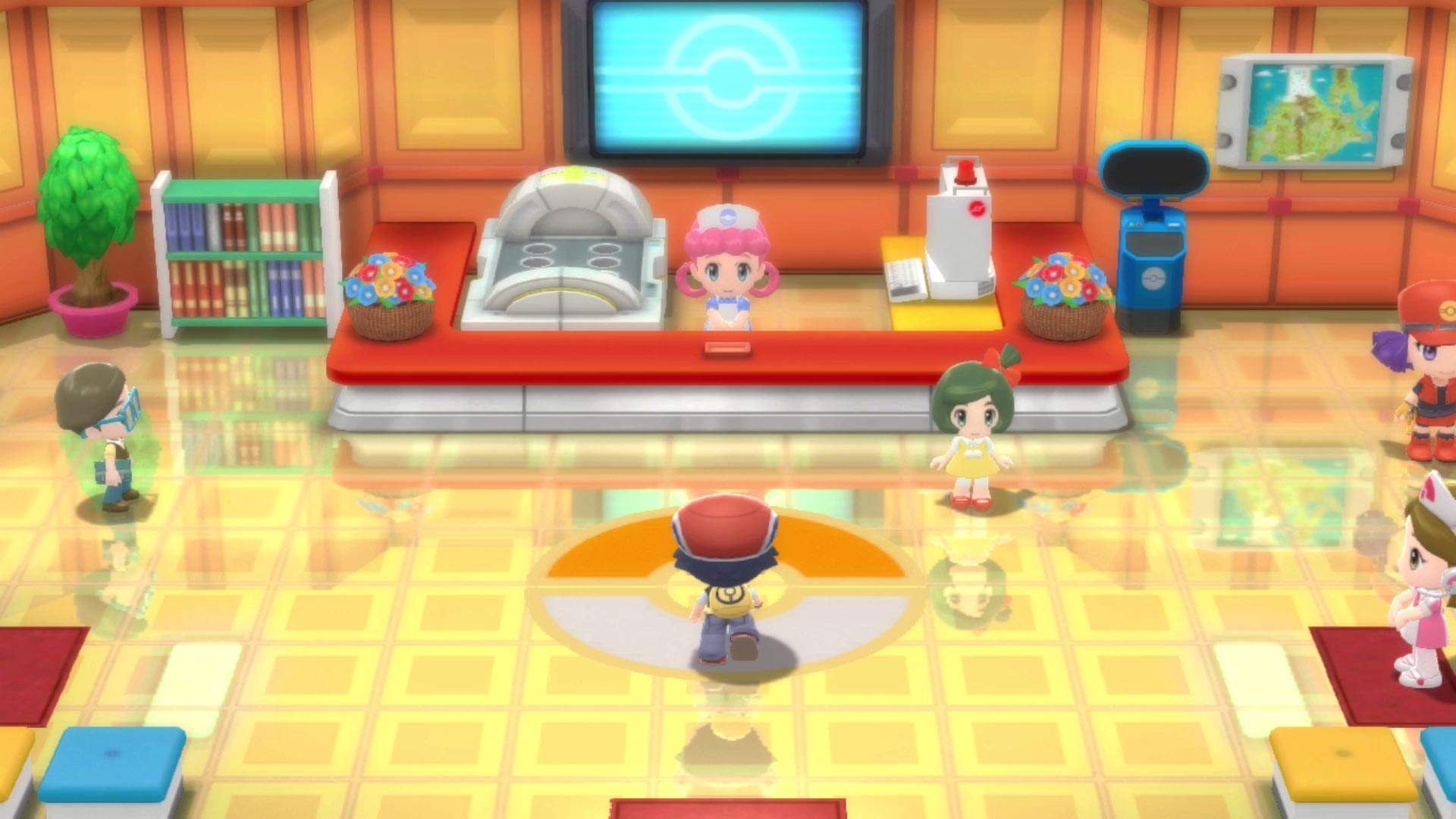 BDSP are remakes of my second favourite Pokémon series titles, Diamond and Pearl, which launched back in 2006 on the Nintendo DS. So I was pleased to see that in the remakes, you’ll encounter NPCs in the exact places where they were in the original two games.

Something we haven’t seen in the series in quite a while are non-reusable Technical Machines (TMs). This means, for example, that once you give TM26 (Earthquake) to your Salamance, the TM will break. However, unlike the previous iterations, it’s a lot easier to get multiple TMs in BDSP. While it was on screen for only a second, I noticed “x20” beside one of the player’s TMs in their bag. Following that, Nintendo confirmed that you’ll be able to get a lot more TMs in BDSP than in the original games.

Another mechanic making a comeback is that you won’t be able to see Pokémon in the overworld (at least for the most part), similar to the original. This means that when you’re in the tall grass, the Pokémon attacking you will be a surprise. I mostly liked seeing monsters in the overworld in more recent Pokémon titles, as it made them easier to avoid. 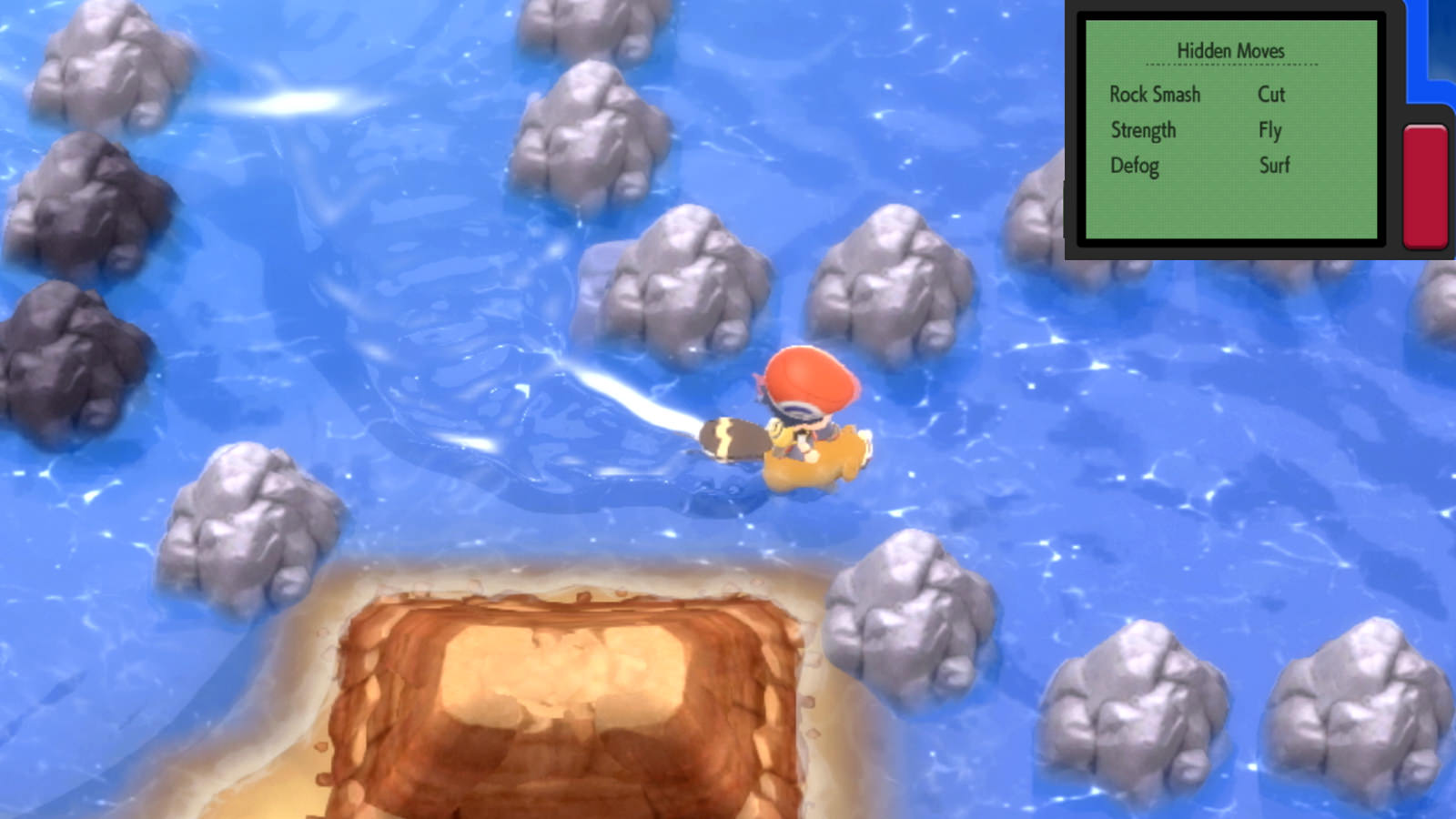 Hidden Machines (HMs) are also back. With the return of HMs, you can now use the Pokétch to store them. As a result, your poor Bibarel will no longer need to carry the party on its shoulders by learning ‘Surf,’ ‘Waterfall,’ ‘Strength’ and ‘Rock Climb.’ Pokétches were a crucial item in the original Diamond and Pearl and also offer other features like a friendship checker, the ability to see the Pocket Monsters in your party, a step counter, a calculator, a memo pad, and a dowsing machine to look for hidden items.

BDSP also separates the Pokémart and Pokémon Center once again, just like previous titles. We haven’t seen this in a couple of games and this definitely requires a lot more walking for the player.

Probably my favourite throwback I noticed during the demo is the ability to clean your badges. I remember when I was younger how I aggressively cleaned my badges whenever they got dirty.

Some of the most significant changes to the game are tied to contests.

Super Contests are graded according to three criteria, which are pretty similar to Diamond and Pearl, contrary to my memory. How you score in the categories of ‘Visual,’ ‘Dance’ and ‘Performance’ all determine whether you’ll win the contest.

The Visual portion is based on the stickers you placed on your Ball Capsule, which create an effect when you throw your ball, and the Poffins you feed your Pokémon.

The Dance portion is a rhythm game that can get very tricky depending on the difficulty of the contest you’re in. However, from what we saw, it seemed pretty long and tedious, so hopefully, it becomes a challenge at higher levels.

During this rhythm performance, you also have the option to use a move that you pre-selected before the contest started. In the original Diamond and Pearl, the Dance section required either the player or NPCs to create a rhythm and everyone else in the contest would try to copy it.

The Performance element of the original titles also had around five rounds, resulting in the player having to carefully select which order of moves to use to impress the judges. This differs a lot from only being able to select one move in BDSP.

You’re also allowed to participate in Super Contests with people online, including your friends if you have Switch Online.

Another change we’ll see is to the underground component of the game. 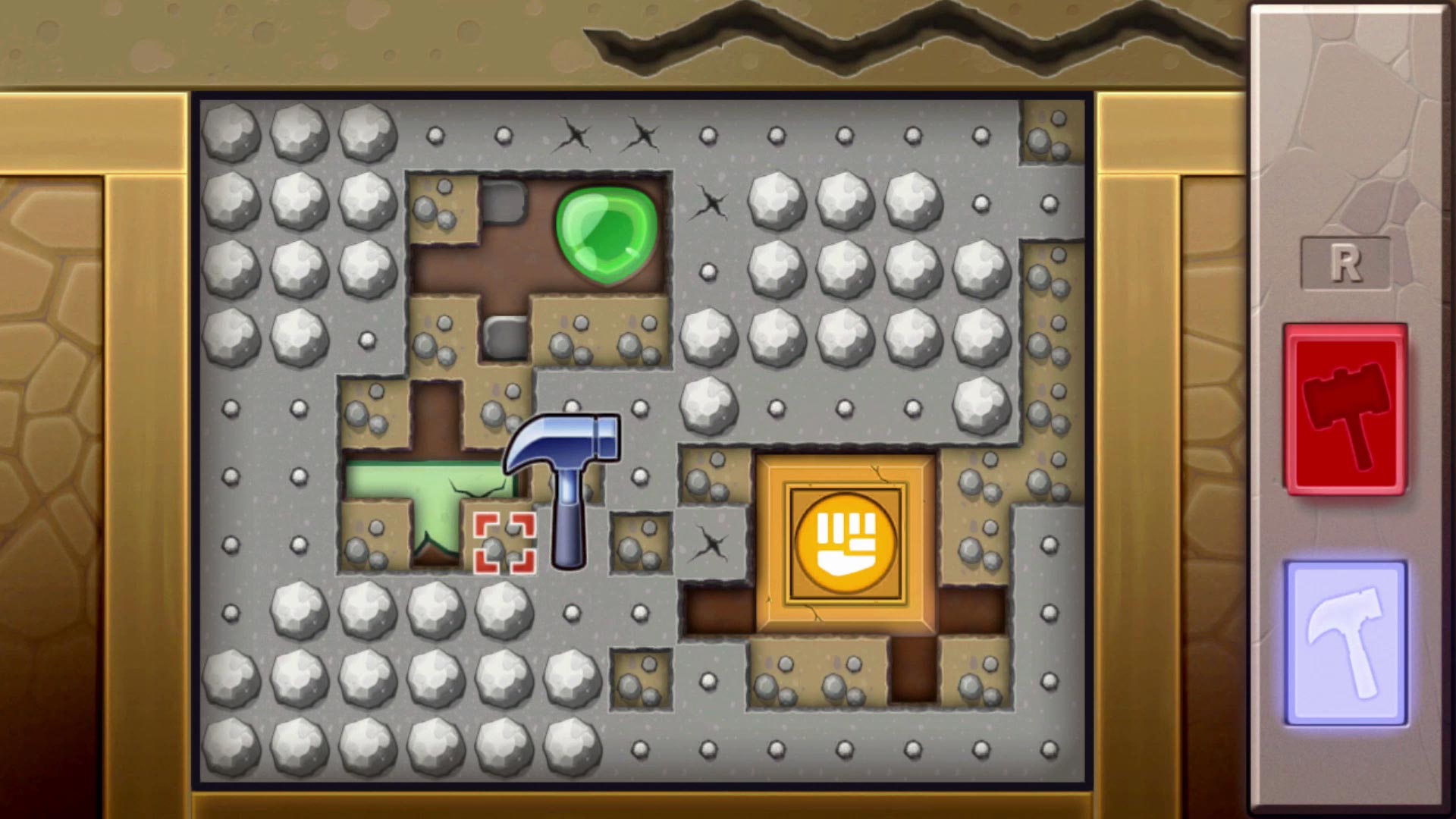 In Diamond and Pearl, the Sinnoh underground includes a few features like excavation where you dig up gems, spheres and even evolution stones. This mechanic will return with BDSP‘s ‘Grand Underground,’ but now you can also exchange these dug-up items for TMs. You’ll also be able to find statues of different levels of rarity in the Grand Underground, which you can use to decorate your Secret Bases, replacing the furniture and plushies from the original games.

The statues you place affect the newest part of the Grand Underground, called ‘Pokémon Hideaways.’ These hideaways are the only place in Sinnoh announced so far that show off wild Pokémon in the overworld. Hideaways are locations where you can encounter Pocket Monsters that you typically won’t be able to easily find in Sinnoh. For instance, the volcanic hideaway showed off the Dark and Fire-type doggo Houndoom, which wasn’t available until later in Diamond and Pearl once you acquired the PokéRadar.

Statues affect the hideaways in a pretty big way. If you want to find Bug-type monsters, you’ll need to place a variety of bug Pokémon statues in your Secret Base, which will then increase the chance of finding more Bug-type monsters in your next hideaway. 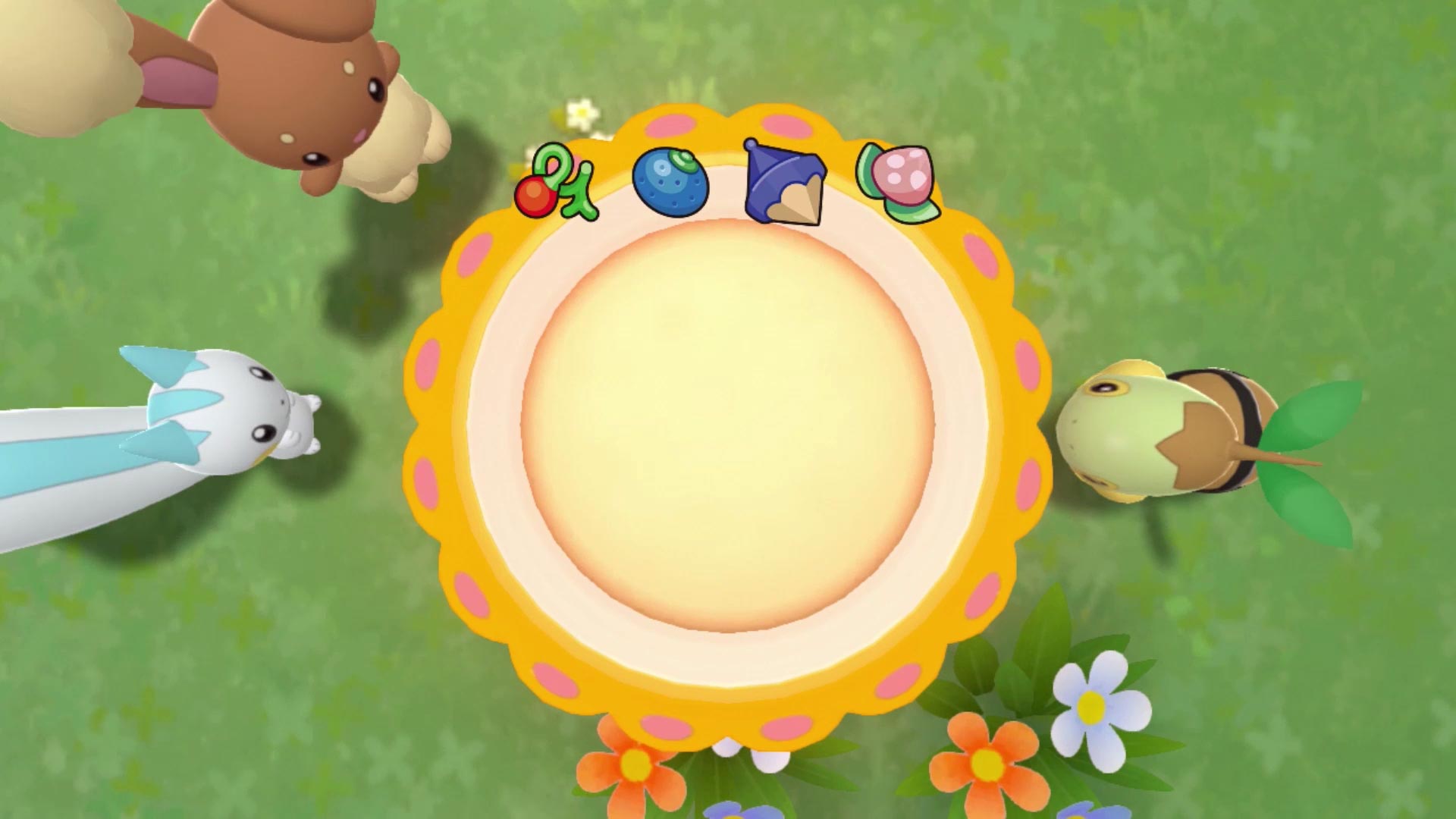 Amity Square has also changed a bit this time around. Previously, only 11 out of the total 493 Pokémon were able to enter Amity Park. In BDSP, there seems to be a lot more Pocket Monsters allowed in, though there are still some that aren’t able to, as they have to qualify as “cute.”

Additionally, you’re now able to walk around with your whole team if you want, instead of only having one Pokémon follow you around. Similar to in previous titles, your Pocket Monsters can find items in Amity Square, such as berries.

You can also cook Poffins in Amity Square, which you’ll use for the Super Contests. 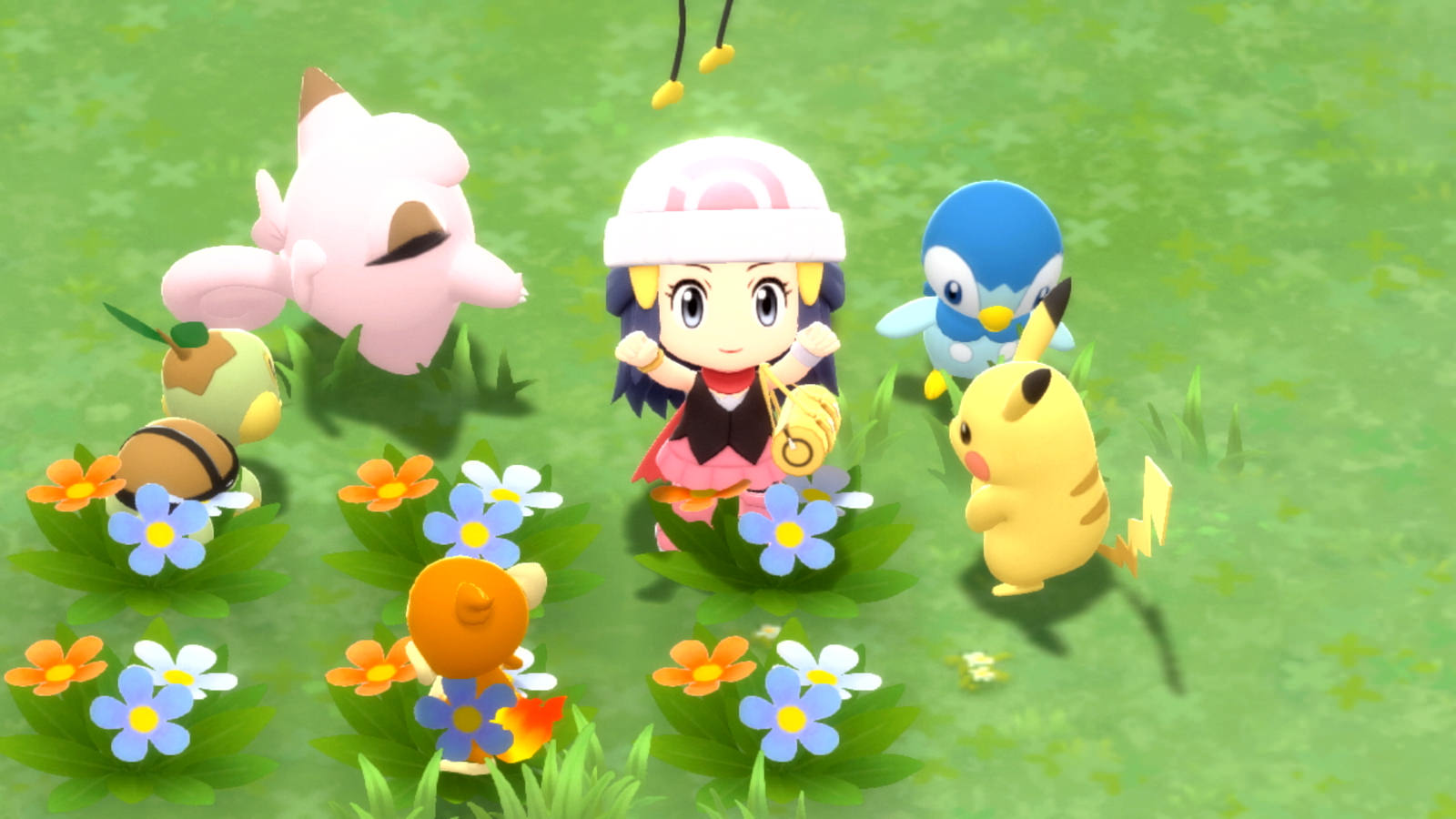 As previously mentioned, there are several quality of life changes that are slight tweaks from previous iterations.

Experience Points (XP) are shared by the whole team, instead of only for the one Pokémon with the Held Item. You’re not able to turn off this feature, unfortunately, and the Pokémon involved in the battle get the most XP.

You’re also able to swap Pokémon between your Box wherever you are, and can send a Pokémon directly to your box or swap them with a ‘mon on your team when you catch new ones. It’s worth noting that this feature is only unlocked a few hours into the game, so it’s not available right away.

Weather effects are a lot more noticeable in the background when you’re in a Pokémon battle. I saw a Sandstorm in effect and thought it looked better.

The menus are more up-to-date and similar to some of the newer games. You can also see whether your moves will be super effective if you’ve captured a Pokémon before, again borrowing from the more recent entries in the series.

One of my favourite updates is that you’ll be able to select your skin tone at the beginning of the game, and change your clothing (‘Fashion Souls’ is back, baby).

You can also walk around the game with a Pokémon following behind you, a feature that I love because I think it’s badass to explore Sinnoh with a Dragonite or Electivire.

Some things we asked

The Chimchar in the preview was Level 25, which I found weird since it evolves at Level 14. The Nintendo representative doing the demo said this was so they could teach Flame Wheel to Chimchar earlier (no one ever does that).

I asked about the Pokédex and whether it will be the same as in Diamond and Pearl. All they could confirmed was that everything available in the original two games will be featured in this remake.

Another member of the media in the briefing asked about trading Pokémon from recent games in the series to BDSP, and Nintendo wasn’t very forthcoming on that front, either. We know we’ll have to wait for Pokémon Home, but whether later generation Pokémon will be available remains unclear.

Soon be reunited with my favourite Pokémon

Having seen the hands-off preview, I think the graphic enhancements look great and found the quality of life changes to be mostly positive.

I’m also pretty excited to explore the Grand Underground and check out these new Pokémon Hideaways. Hounddoom is one of my favourite Pokémon and catching it earlier in the game sounds pretty awesome. Additionally, I’m a fan of seeing Pokémon in the overworld and all the different types of Hideaway ecosystems. For instance, we also saw a Sandy Cave ecosystem.

I’m still hoping for some surprises (like some later-gen Pokémon and other easter eggs), but so far, I’m liking what I’m seeing. Infernape, my favourite Pokémon — here I come.

Pokémon Brilliant Diamond and Shining Pearl will launch on November 19th exclusively on the Nintendo Switch.