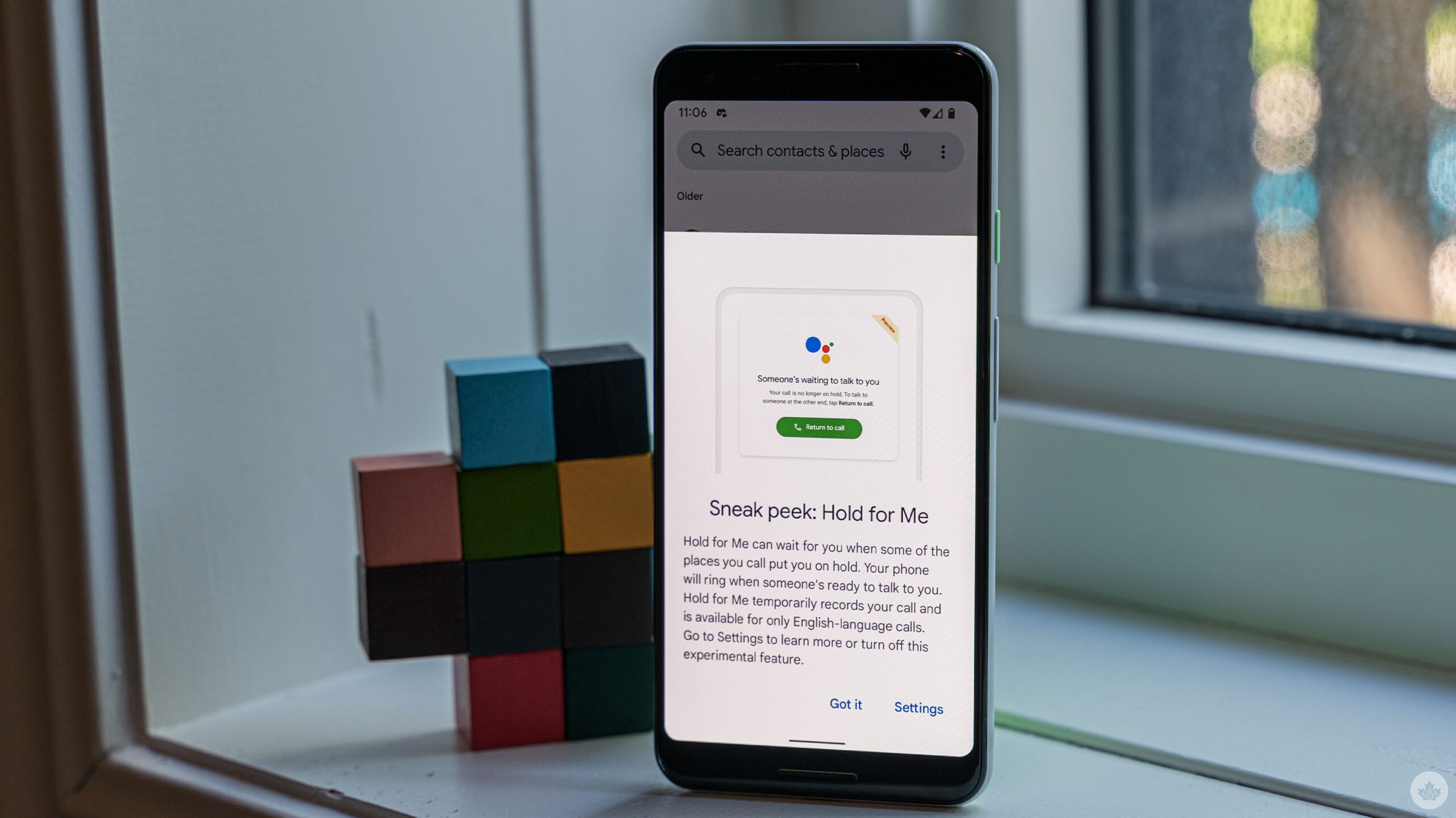 Last October, Google rolled out ‘Hold for Me’ on the Pixel 5 and 4a 5G as a preview in the U.S. Now, it looks like the feature is rolling out to some Canadian Pixel owners.

Several members of the MobileSyrup team saw the Hold for Me feature pop-up on their Pixel phones, and according to a Reddit thread, other Canadian Pixel owners have seen the feature pop-up over the last week. Judging by what both Redditors and MobileSyrup team members have said, it appears that you need to be running both the Android 12 beta and the latest Google Phone app beta to get Hold for Me.

However, having both of those isn’t a guarantee you’ll get the feature. For example, across MobileSyrup’s Pixel 4, 4a, 4a 5G and 3 all running the Android 12 beta and all with Phone app version ‘70.0.394259711-publicbeta.’ However, only the Pixel 3 and 4a 5G have the Hold for Me feature. Additionally, another team member with a Pixel 4a on Android 11 doesn’t have the feature, while Redditors who reported having it said they had the Pixel 4 XL.

MobileSyrup has reached out to Google Canada about the apparent Hold for Me rollout. 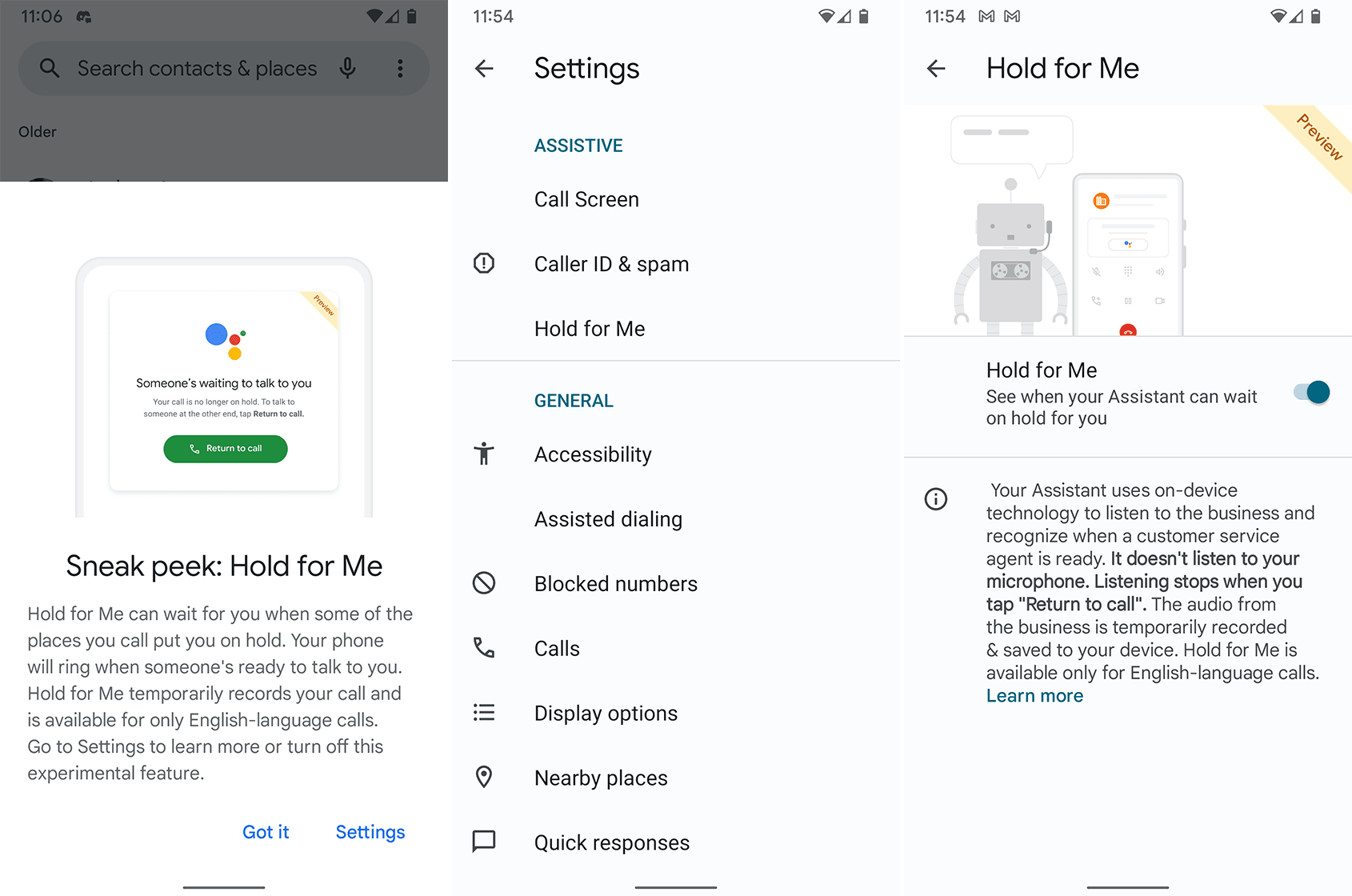 If you meet the conditions and are also blessed by Google, you should see a pop-up detailing Hold for Me next time you open the Google Phone app. It looks like the screenshot above and features the following description:

“Hold for Me can wait for you when some of the places you call put you on hold. Your phone will ring when someone’s ready to talk to you. Hold for Me temporarily records your call and is available for only English-language calls. Go to Settings to learn more or turn off this experimental feature.”

If you don’t see the pop-up, you can tap the three-dot menu button in the top-right corner > Settings > look for ‘Hold for Me’ under the ‘Assistive’ heading at the top of the menu. You can turn the feature on or off from there.

Those interested can learn more about how Hold for Me works by checking out MobileSyrup’s previous coverage.