First up, the company will expand its recently announced ‘Fluid components’ for Teams meetings, OneNote, Outlook and Whiteboard. As a refresher, Microsoft announced Fluid components for Teams in preview back at Build 2021. Components are effectively the ‘blocks’ of a document that can be created, edit and moved around in real-time or asynchronously.

One example Microsoft shared of Fluid components at work was an Outlook meeting invitation, which contained a component with an editable meeting agenda task list.

On top of that, Microsoft announced new chat features to help asynchronous collaboration, such as the ability to pin messages or reply to a specific message while maintaining context within a conversation.

In an effort to make the meeting experience better for people returning to the office and still working remotely, Microsoft says it will roll out ‘front row’ in Teams Rooms over the rest of the year. Front row is a more immersive meeting room layout that Microsoft says will give in-room participants a better sense of connection to remote participants. 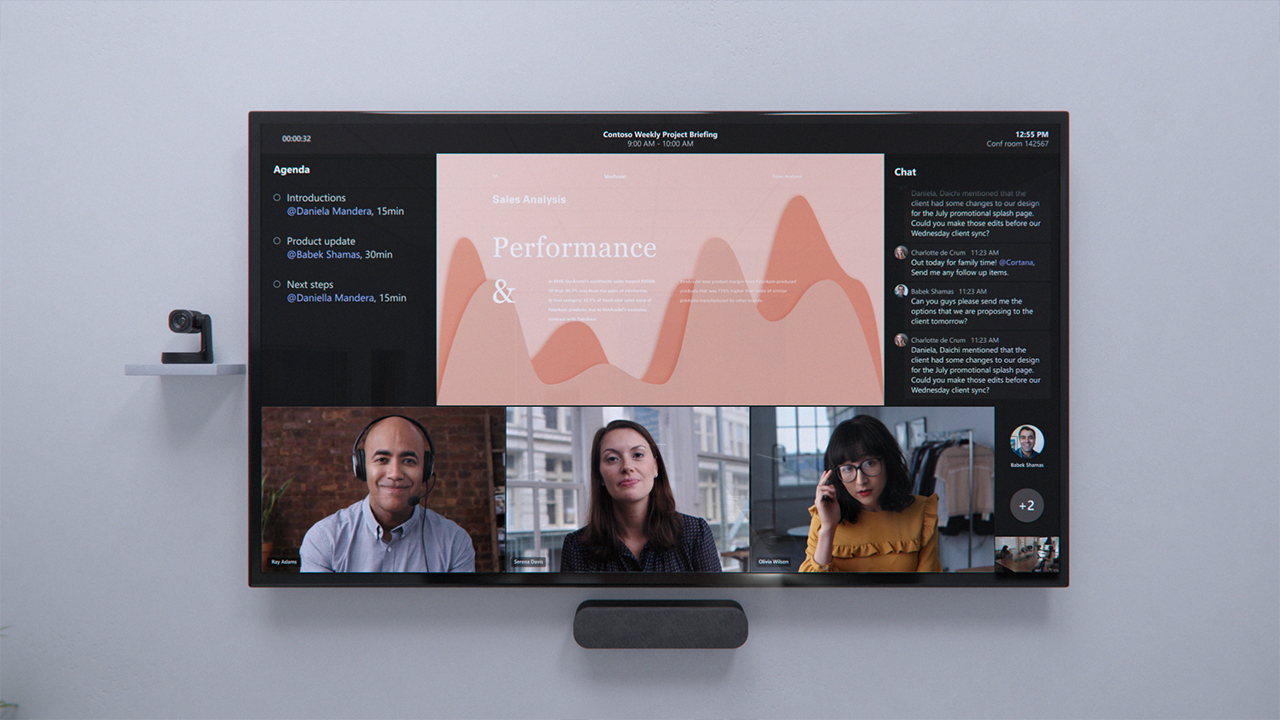 Additionally, when multiple displays are available, Teams Rooms will expand across them to make remote participants appear larger.

Finally, Microsoft plans to bring more features from desktop Teams to Teams Rooms this summer, including live reactions, spotlight, chat bubbles and, in the fall, the ability to pin multiple video streams.

As for Viva, Microsoft says it will start rolling out curated guided meditations and mindfulness exercises from Headspace to Viva Insights in Teams later this month. Viva Insights will also gain a new ‘focus mode’ later this year. Focus mode will play music from Headspace and implement timers to help users make progress on important tasks in regular intervals with planned breaks.

Finally, Microsoft plans to add a ‘quiet time’ feature to Viva Insights to silence mobile notifications from Outlook and Teams for users outside working hours. Quiet time will also arrive later this year.

Those interested can learn more about all Microsoft’s Teams and work-related announcements here.