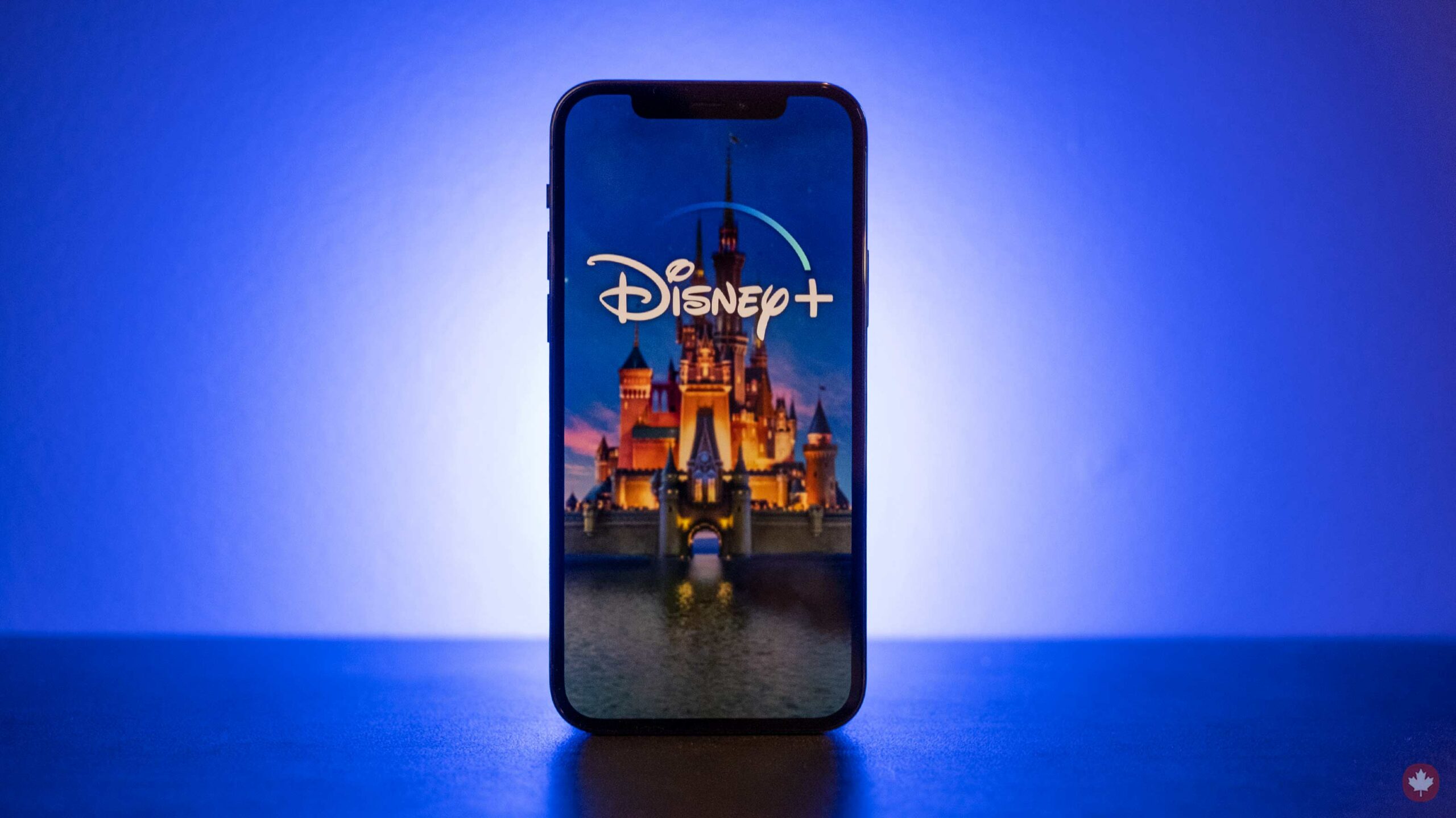 After nearly 15 years, U.S. streaming service Hulu is finally coming to Canada, albeit in a somewhat different form.

Enter Disney+ Star, a new brand of general entertainment launching on Disney+ Canada that samples content from Disney’s various divisions, including 20th Century Studios, 20th Television and Searchlight Pictures. A good deal of this content comes from Hulu, although there will be other ‘Star Original’ programming as well.

In particular, Star brings more adult-oriented fare, ranging from shows like Family Guy, The X-Files, Criminal Minds and 24 to films like Logan, Die Hard, Alien and The Predator — all of which can be locked behind a PIN to prevent kids from tuning in. On top of that, Star will add original programming — former Hulu exclusive titles Solar Opposites and Love, Victor at launch, and in the future, new series like Dopesick (starring Will Chase, Rosario Dawson and Michael Keaton), The Dropout (starring Kate McKinnon) and Only Murders in the Building (starring Hamilton, Ontario’s own Martin Short, Steve Martin and Selena Gomez).

Ahead of Star’s February 23rd launch in Canada, MobileSyrup sat down with Greg Mason, Walt Disney Studios Canada’s vice president of marketing, to discuss what the rollout means for Canadians, the future of titles from Hulu and other brands on Disney+, producing Canadian content and more.

Question: So to start, can you give me a bit of background on bringing Star to Canada? This is ostensibly the international version of Hulu, so what ultimately led to it coming to Canada under a different name — Star — and as a section within Disney+, rather than 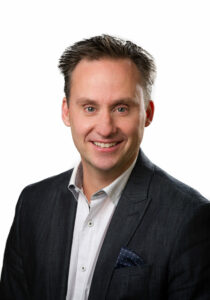 Greg Mason:  We were originally bolstered by the success of Hotstar in India and Indonesia, and really liked what we saw happening there. So this is a bit of a derivative of that brand. And this format and setup, I love for Canada. I think Hulu is great, and I love it for the U.S., but the fact that [Star] is embedded within Disney+ makes it one offering. And one of the things that I love for Canadian consumers is that there’s just so many choices and selections, and to have this included, I think, is a real benefit to us.

And the other piece is that when we looked at other countries, I was very cognizant of, without naming names, some historical services that had released in Canada had maybe a more of a ‘lite version,’ if you will. And I can assure you that Canada did incredibly well. We have one of the highest levels of content in Star and so much more coming ahead. So I’m very proud with how it turned out.

Q: In Canada, some Hulu originals are divided between different services, like The Handmaid’s Tale on Crave or Palm Springs on Amazon Prime Video. With that in mind, what’s the ultimate directive in bringing Hulu content to Disney+ Canada?

Going forward, can we expect the majority of new Hulu originals — that is, ones that aren’t tied to existing licensing agreements to other services — to come to Disney+ Canada through Star?

Mason: I think you’ve answered your own question, but I’ll just confirm it. We continue to respect our deals with our Canadian broadcasters and providers. But from a longer-term perspective, we are aiming for Star Originals that will come out here. Some could be Hulu Originals, some could be Hulu and Star, some could be Star’s that show up on Hulu — there could be different derivatives. But from a longer-term perspective, originals that are being billed for the services will be premiering on Star.

Q: And with respect to the older catalogue content, is the goal ultimately to bring that to Star when possible, such as how we saw content from Marvel, Star Wars, etc. leave Netflix for Disney+?

Mason: Again, we certainly respect our Canadian broadcast partners, and we think that there is a great lifecycle for all of our content and for how it premieres, whether it starts on ABC and CTV and moves from there. Longer-term, we do want Star to be the home for all things Disney, from all of our brands: FX, 20th Century, Touchstone, ABC, Marvel, Lucasfilm, Pixar and Disney.

“Canada is a very important market for us”

Q: Speaking to Canadian content, specifically: as I’m sure you’re aware, the Canadian government has proposed a law [Bill C-10] that would, essentially, require streaming services to invest more heavily in Canadian content. And beyond that, we’ve seen recent developments like Netflix announcing plans to open a Canadian office to double down on CanCon.

With that in mind, beyond some of the Disney+ content that has filmed here, what sorts of longer-term investments in ‘CanCon’ does Disney have planned, either for general Disney+ or Star-specific content?

Mason: I’m probably not the guy to speak to Bill C-10. But what I will answer for you, to give you some perspective. Disney’s had offices in Canada for, it’s got to be 40-plus years. We’ve been here and we’re proud of that. What I’m especially proud of with Disney+, and the service is that we’re just a little over a-year-old now, and we have shot seven movies and one series in Canada. We’ve shot Home Alone in Longueuil, Quebec. We shot Mighty Ducks in Vancouver. We shot Noël in Vancouver and Whistler, The Secret Society of Second-Born Royals in Toronto, Sneakerella in Hamilton [Ontario], Timmy Failure in Vancouver, Togo in Cochrane, Alberta and Flora & Ulysses in Vancouver.

So we’ve covered four provinces in just over a year. So what I would say is, you look at this company and see that we love shooting in Canada. We love our partners in Canada, our cast and crew and all the ancillary businesses that we like to support for that and we plan to continue to do so. Canada is a very important market for us.

Q: Earlier this month, Disney announced that Oscar frontrunner Nomadland is coming to Star in Canada on April 9th, nearly two months after Hulu in the U.S., and a few weeks after a Canadian theatrical rollout. Why is there a discrepancy in the release timing between Canada and the U.S. here? Should Canadians expect similar sort of delayed rollouts for future Hulu titles, or is this an isolated case?

Mason: I’m glad you asked. I’m so excited about Nomadland and we’ve been we have been dying to release that in Canada. You know, it won the People’s Choice Award at TIFF, it just won at the TFCA [Toronto Film Critics Awards], and this morning at the Vancouver Film Critics Awards. So the challenge has really just been COVID times and finding a way to get it out. And so, as you can imagine, yes, the U.S. has it on Hulu as of Friday [February 19th], but we did not have Star as of Friday. And we can’t put Nomadland on Disney+ without proper parental controls and all of those features. And as you can also imagine, loading thousands of episodes and movies is a process and, you know, takes some brilliant programmers who are a lot smarter than I am to put it all together.

So quite honestly, it was a blend of timing, and we wanted to give Nomadland a chance at a theatrical release. We’ve announced the Toronto date, March 19th. And then we’re releasing it in theatres as well in Canada on April 9th, but we realized that not all places will be open. So to be able to have that chance to see it on Star and/or in theatres is a great opportunity.

And I really wouldn’t read into the timing. It’s not that Canada is getting it delayed — it was really just about the strategy for that specific film. For the Searchlight executives, Toronto and the Canadian market is so important to them for Nomadland — they really wanted to ensure we get the best possible release.

Q: As a fun final question: you and your team have very publicly advocated for Canadian representation in Disney films, which we saw come about in a big way in Toy Story 4 with Keanu Reeves’ Duke Kaboom. And we’ve since seen a lot of Canadians taking leading roles in Disney projects, be it Simu Liu in Shang-Chi, Iman Vellani in Ms. Marvel or Tatiana Maslany in She-Hulk.

With that said, have you and your team been speaking with these stars and/or the Marvel teams to try to get some fun Canadian representation going on? Can we expect to see some fun Canadian additions like Duke to these projects or others?

Mason: [laughs] I love that you know all of that and track all of it, so thank you for that.

On the Marvel front, I would love for our team to take some credit, but it’s not us. I would say the Marvel team is brilliant about looking around the world. They really [have a] global viewpoint and saw terrific talent in Canada. But like you, I was just as surprised when some of these announcements came in. But we were thrilled. And we’ve had opportunities to already work with the amazing talented Canadians that are being pulled into so many of these different universes. The Mandalorian‘s another one, right? [Kim’s Convenience star Paul Sun-Hyung Lee appeared in two episodes.]

So I think that there are more opportunities ahead. And there are some things that our team continues to work on. But it’s a lovely blend. And I’m so proud of all the Canadians that are doing well on the world stage.

Disney+ Star will be included in the cost of a Disney+ subscription, which is going up accordingly on February 23rd. Specifically, the monthly price is increasing from $8.99 CAD to $11.99, while the annual subscription fee will rise from $89.99 to $119.99.