Microsoft developed a tool that can spot deepfakes

As deepfake videos become more of a concern online, Microsoft has developed a tool called ‘Microsoft Video Authenticator’ to detect if a video is real or fake.

If you’re unfamiliar, deepfakes are videos that have been altered with artificial intelligence (AI) to say or show something different from their original intention.

For example, Microsoft is using a deepfaked video of Nixion claiming that the Apollo 11 astronauts died on the moon instead of making it home safely, as an example. While this is a somewhat funny version of a fake video, deepfakes involving modern-day politicians, people of influence can have very dire consequences.

Even during COVID-19, deepfakes have been used by people to spread lies regarding mask effectiveness and fake cures that are dangerous, according to Microsoft.

The tool can analyze both still images and videos and provide users with a percentage. That percentage indicates how confident the program is that the video is faked, so higher numbers mean it’s likely been artificially manipulated. The program looks for the blending boundary and subtle fading or grayscale areas around a user’s face that might not be noticeable to humans, according to the company’s press release. 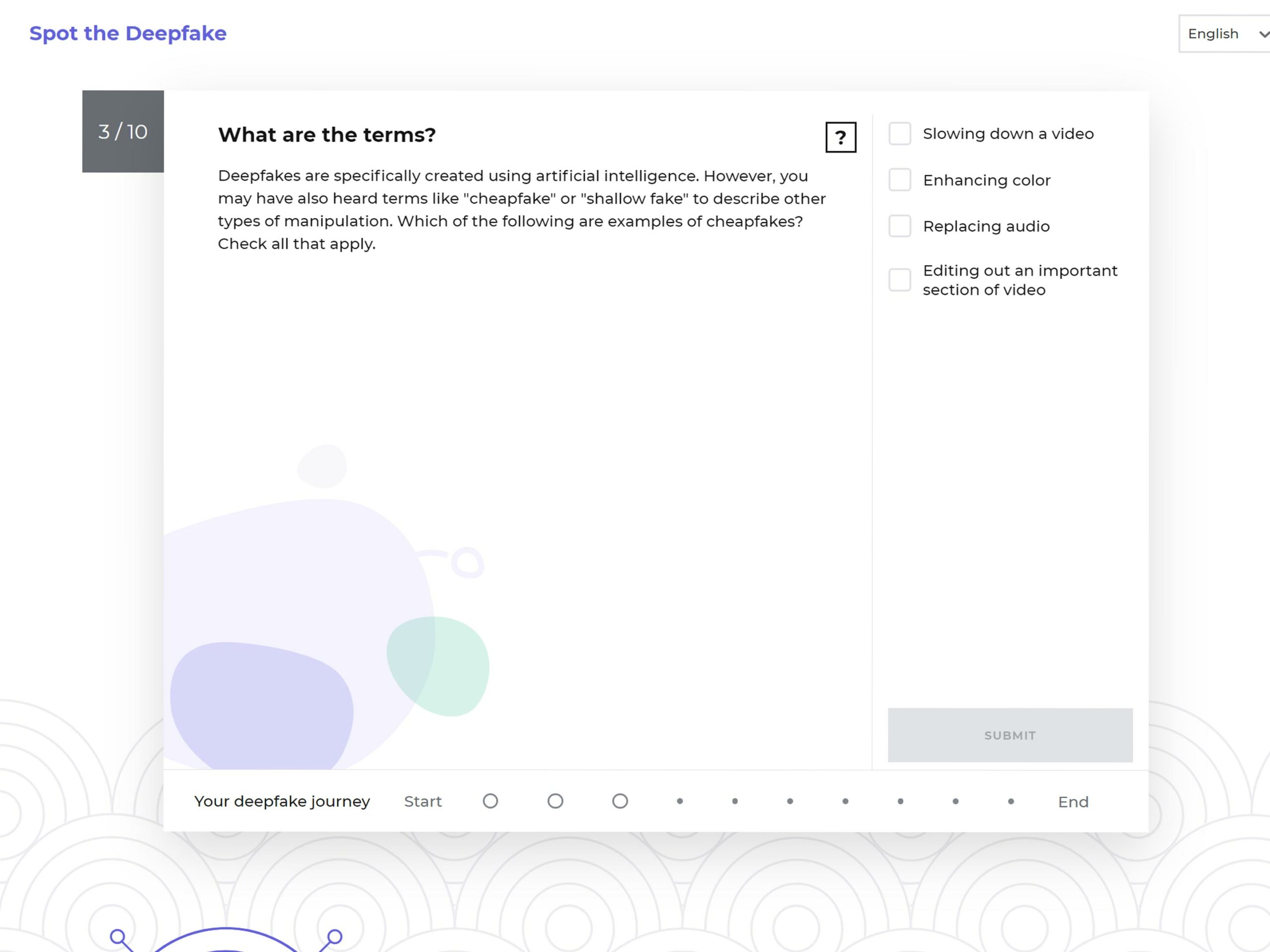 Microsoft’s tool isn’t designed to last forever since the company is banking on criminals outsmarting the detection tech in the long run, but it’s hoping that leading up to the U.S. election that it can make a difference. The company has also launched a website with a short 10 question quiz to teach people about deepfakes and how to look for them.

Beyond that, it’s also adding some new code to its Azure cloud service that seems like a version of video DRM so that it can tell if a video is an original or a remake. However, this only works if the content producer adds the code to their videos. The second piece of this puzzle is a browser extension that matches this code to make sure the video is authentic.

This service isn’t rolling out today, but the company has posted its deepfake quiz to help people wrap their heads around the online phenomenon, and there are many other resources littered throughout the company’s full blog post.