This little bag is a lot more than meets the eye 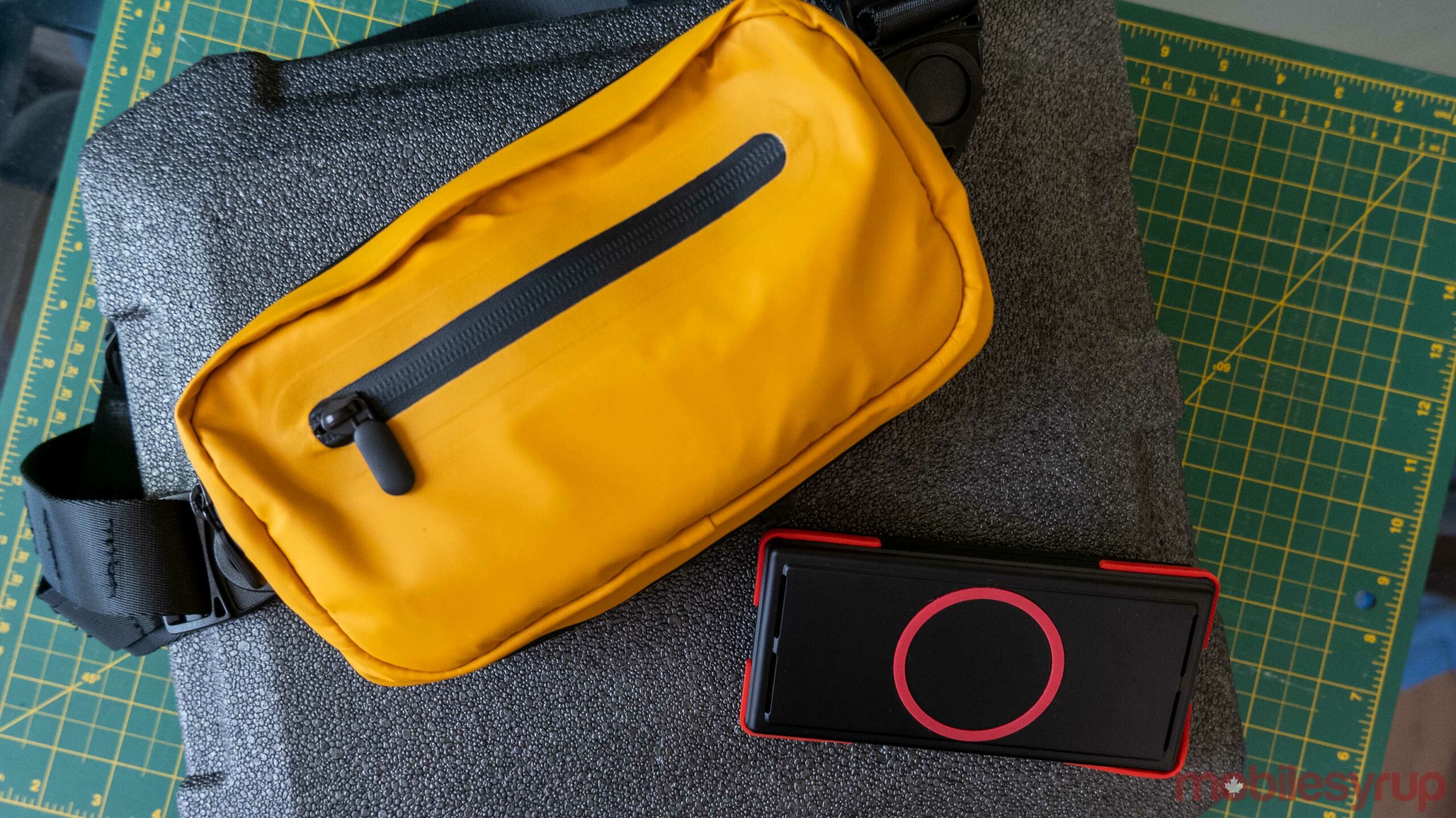 The Side Pocket is one of the weirdest gadgets I’ve used in a long time, but I couldn’t help but fall in love with its surprisingly sturdy design and ample versatility.

Regardless if you’re into the whole fanny pack trend or not, the coolest thing about the Side Pocket is an included 13,400mAh wireless charging portable battery pack. The battery and bag are both from Ampere, the battery is called the Full circle Wireless input and output power bank.

In terms of build quality, the battery doesn’t seem the nicest looking, but it sits at a nice angle on a table and has worked surprisingly well for me so far. Having the versatility of being able to pull it out of my bag and use it on a table was a nice touch. You can also wireless charge this power brick by placing it on a wireless charger. The rubber bumpers around the edge can also be pulled up and used to secure a phone to the device. 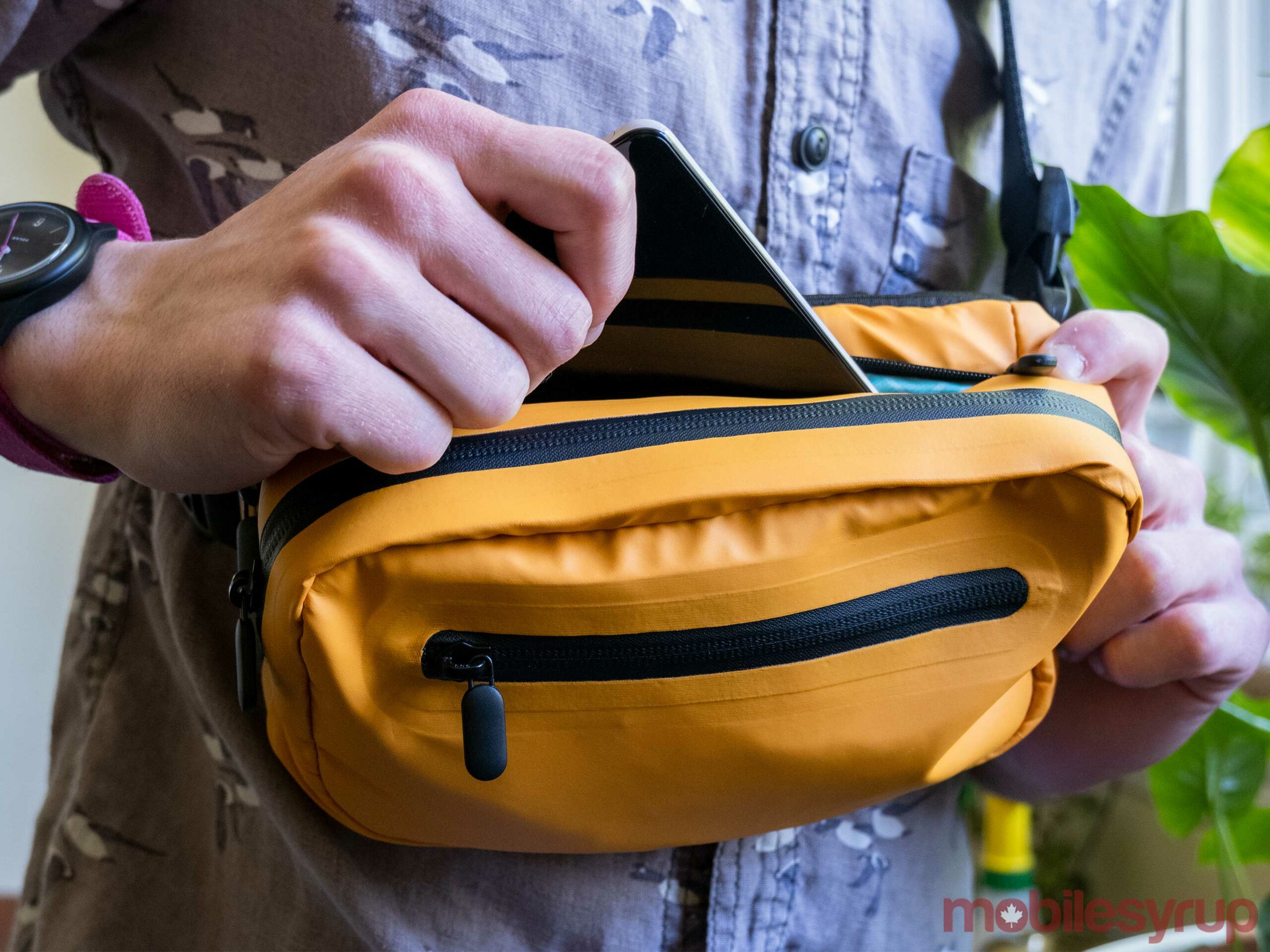 I was able to get it charging on both the Pixel Stand and the OnePlus 8 Pro wireless charger.

When it comes to the bag, the style might be hit or miss for some people, but I’m a pretty big fan of its compact design. It has a single small pocket on the front, a large main pocket with an RFID blocking sleeve and a few other compartments and hooks inside. The final pocket on the top is smaller and made so most phones can fit into it without sliding around too much. In my testing I was able to fit and charge a Pixel 3 XL, an iPhone 11 and the OnePlus 8 Pro.

Finally, on the bottom is another large pocket with a smaller mesh pocket inside it. This is where the portable battery goes, but you could in theory, pack a few extra things in here. If you’re wondering how the bag keeps the battery and phone from losing contact with each other, it’s actually a fairly simple solution. 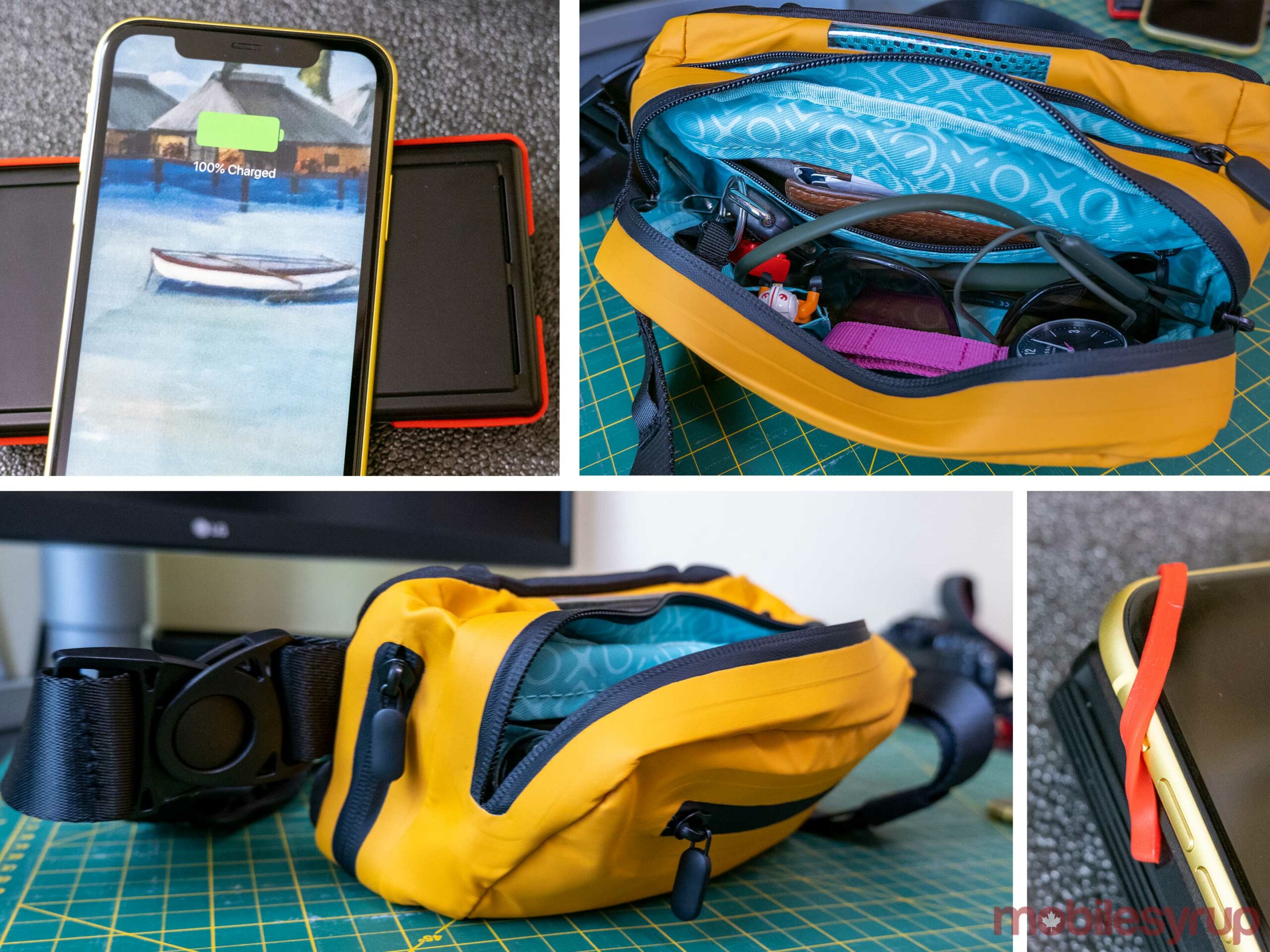 To be 100 percent honest, when I was first offered the bag, I thought it might be a fun little story to write about, but I didn’t have a lot of faith in its hardware. I’m glad to say that the company has proven my initial impressions wrong and that I’m really satisfied with the Side Pocket. If you’re looking for a small bag to carry around and you want the added functionality of a wireless charger, the $86 CAD Side Pocket is an awesome deal.