There are still a lot of questions to be answered, but the company is very dedicated to this project 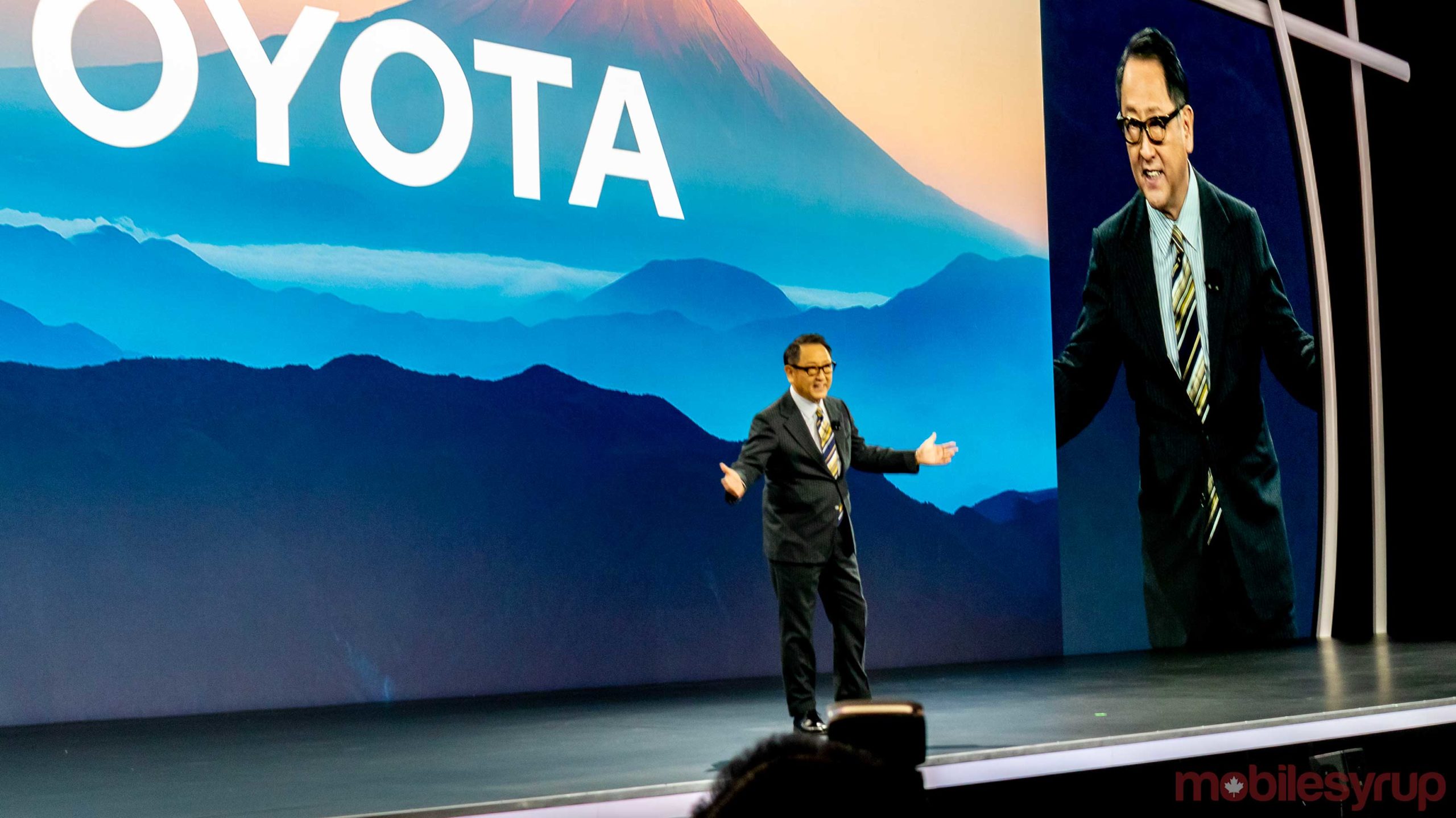 Toyota’s moment in the sun at CES came when it showed off its plans to develop a 175-acre smart city packed full of futuristic concepts.

The company is calling it the Toyota Woven City, and it’s partnered with Danish design firm Bjarke Ingels Group, which has worked with Google and a few other projects in Canada.

Tucked into the shadow of Mt. Fuji in Japan was one of the company’s shuttered factories. It plans to replace it with what Akio Toyota, the president of Toyota Motor Corporation, has taken to calling a “living laboratory.” 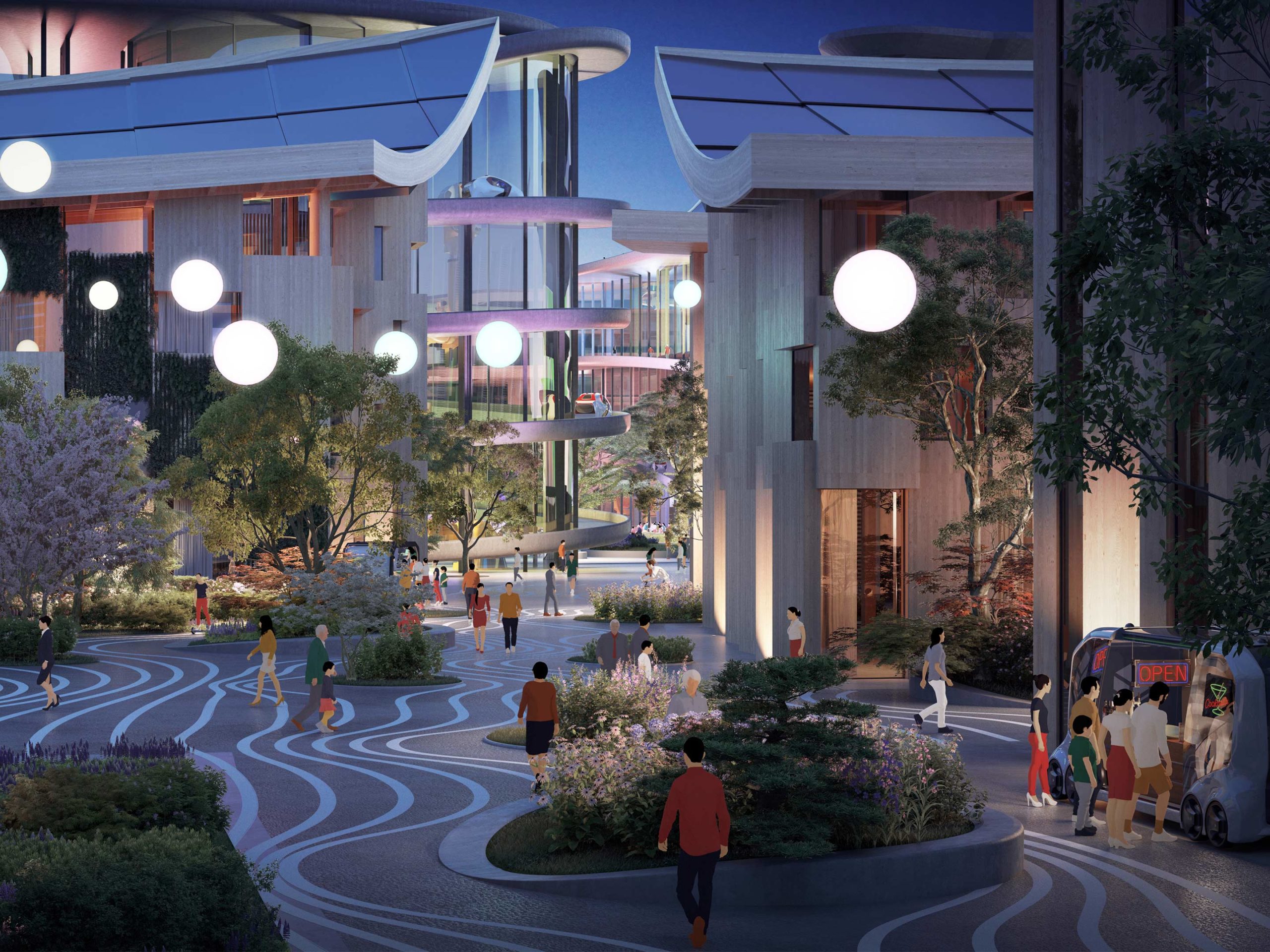 During a round table, the designer Bjarke Ingels mentioned that cities have always been shaped based on how people move around in them.  Ingels and the rest of the Toyota team think that making vehicles drive themselves will free up more space for people to walk and, in turn, a better-designed city.

The idea of the Woven City is to put humans at the centre of the design.

The design of the city

There are numerous tech angles to take, but one of the defining aspects of the city is well designed urban planning. The company states there will be three main transportation pathways in the city and all of them revolve around humans.

The first will be for cars, and according to the company’s renders, they’ll be thinner than typical roads and lined by trees. It will only be self-driving vehicles in the city since it want to be a testbed for what future cities can be. Since the streets are thinner there’s also space for people to walk.

The second pathway is for smaller forms of urban mobility like bikes, scooters and walking. 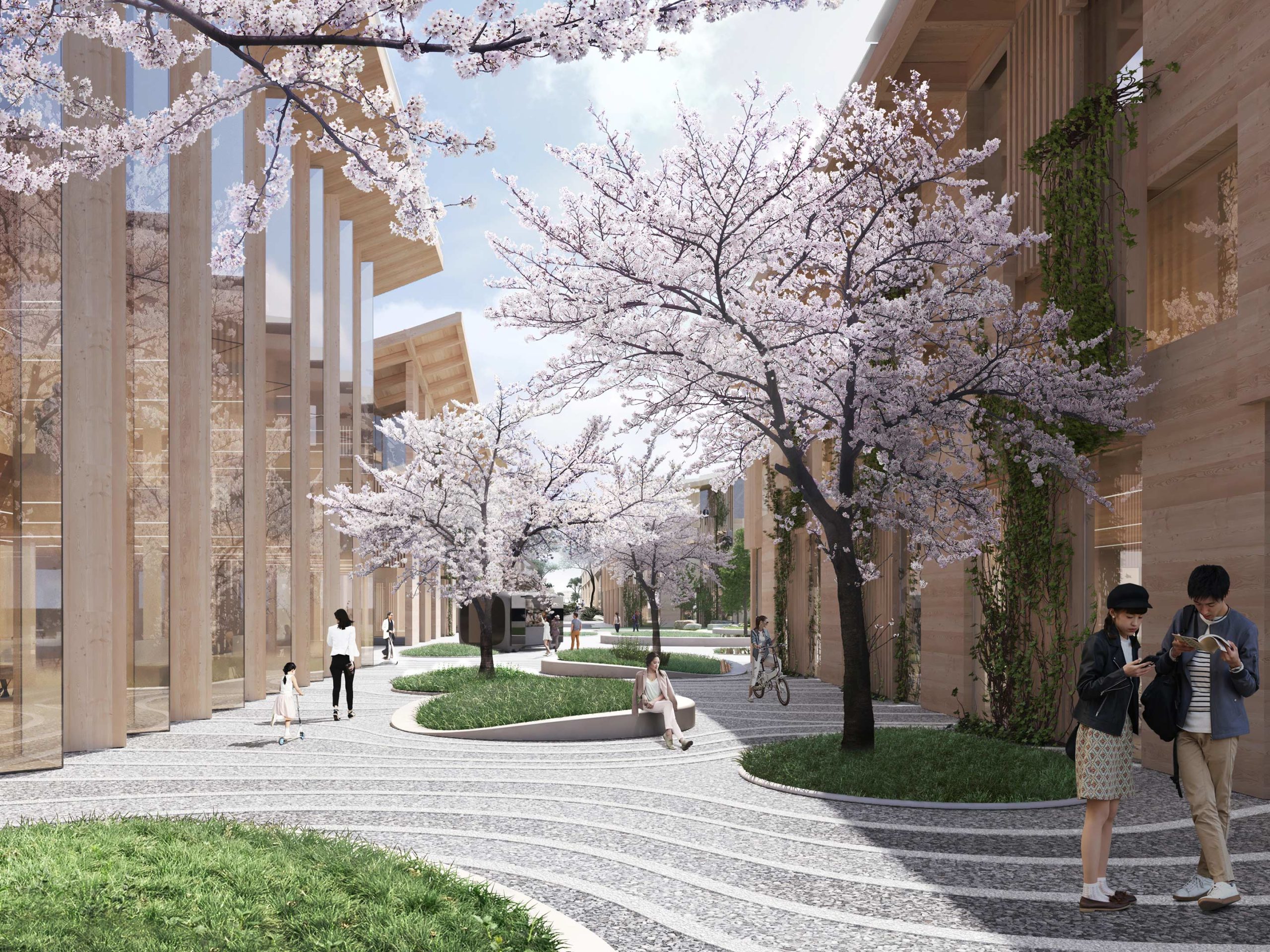 Finally, the smallest pathway is just for pedestrians and it will be constructed out of a grid of vertical parks to help people walking in the Woven City feel more serene than on a regular sidewalk.

These three forms of streets will be woven together in a grid pattern. This means a street for cars on one block, a mixed pathway on the second block and a walking park pathway on the third block. Then rinse and repeat this pattern to the edge of the city limits.

This mix-mode pathway design could be implemented in other cities as well as long as they have some form of grid-like design already.

At the centre of each grid will be a larger town square-type space to help promote social gatherings and recreation.

The buildings in the city’s concept images look fabulous as well. They’re slated to be built out of wood and use traditional Japanese wood joining techniques that will be implemented with a new high-tech computerized production method. 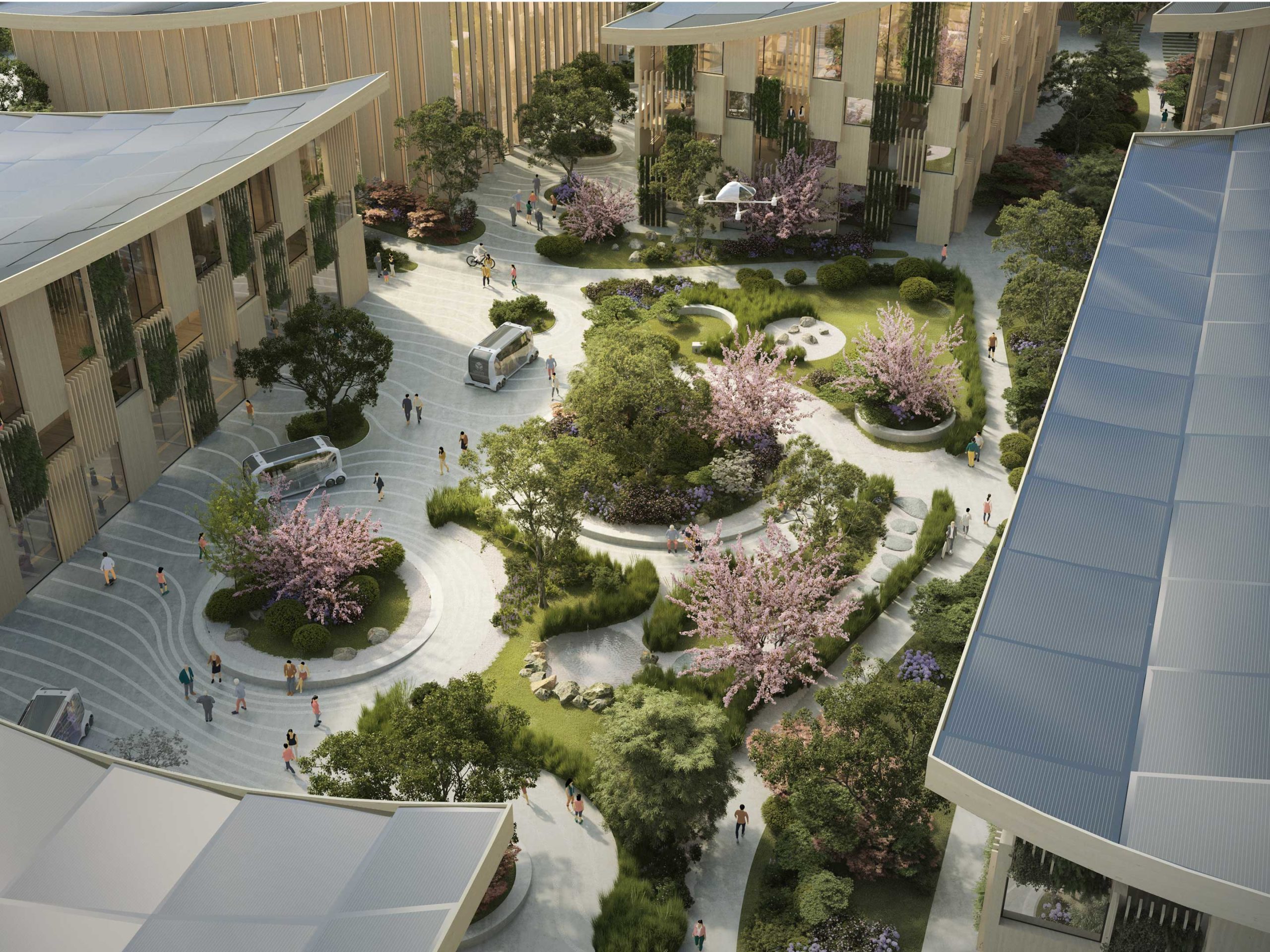 To power the city, Toyota plans to use a mix of solar panels and underground hydrogen fuel cells. The rooftops will be covered in solar panels to gather energy from the sun, and the rest of the city utilizes hydrogen power.

The hydrogen cells will be stored underneath the city, where Toyota also plans to build a network of autonomous delivery robots to help bring packages and food to the residents living above.

When it’s all coming together 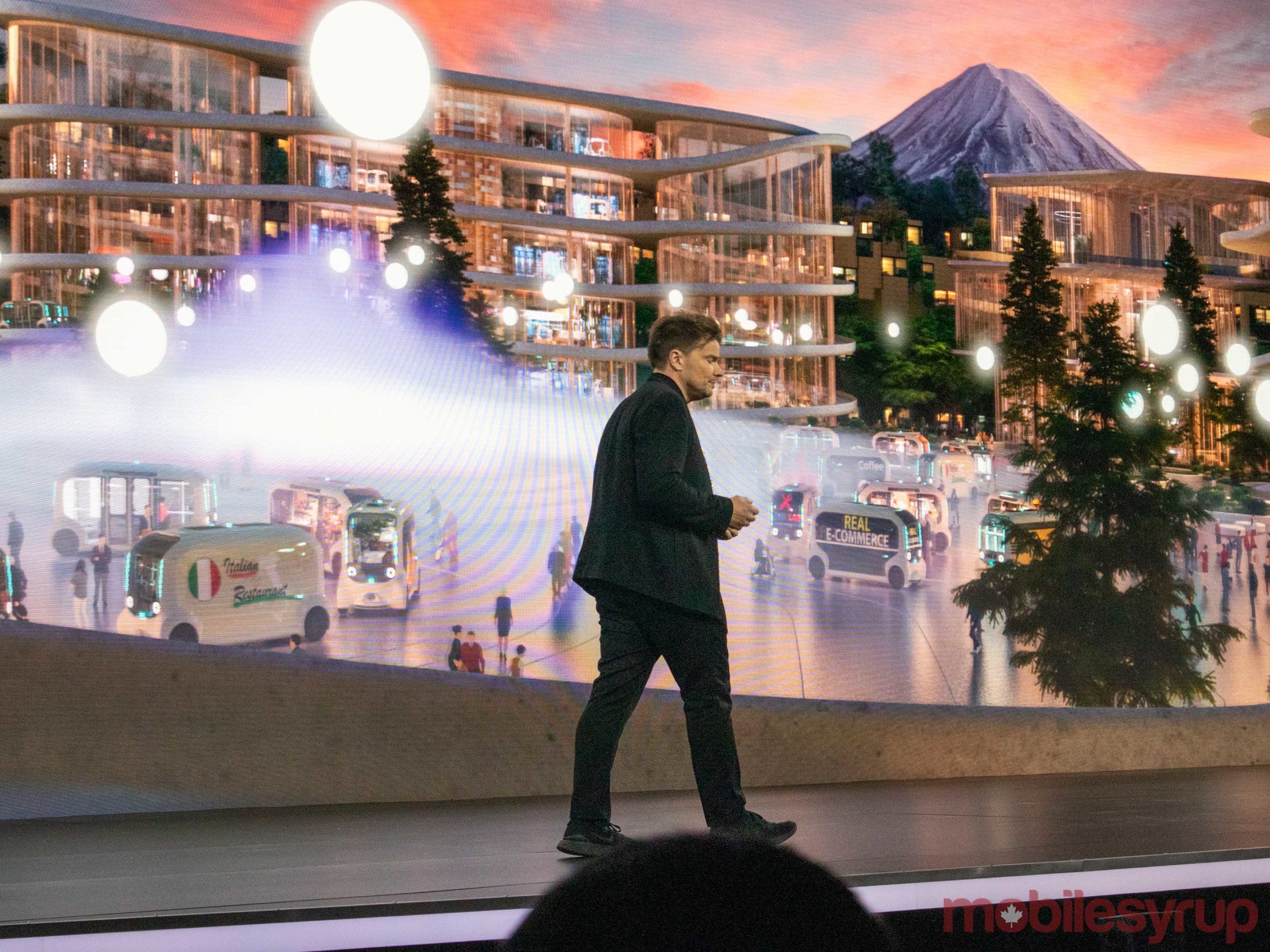 Toyota is hoping to break ground on this project sometime during 2021, and within five years the first 2,000 residents should move in.

The company is hoping for a mix of people with a range of incomes to live in the space. It’s also aiming to use the city as a testbed for smart city projects.

Before any of this happens Toyota wants to build a digital version of the city so it can develop a city operating system to intelligently control all of the high tech systems it plans to implement in the Woven City.

The company is still looking for more partners to help them bring this vision to life. During a roundtable interview, Ingels mentioned that Toyota said right from the beginning that the project needs to be an open collaboration between all kinds of companies, not just Toyota.

What happens to all this data? 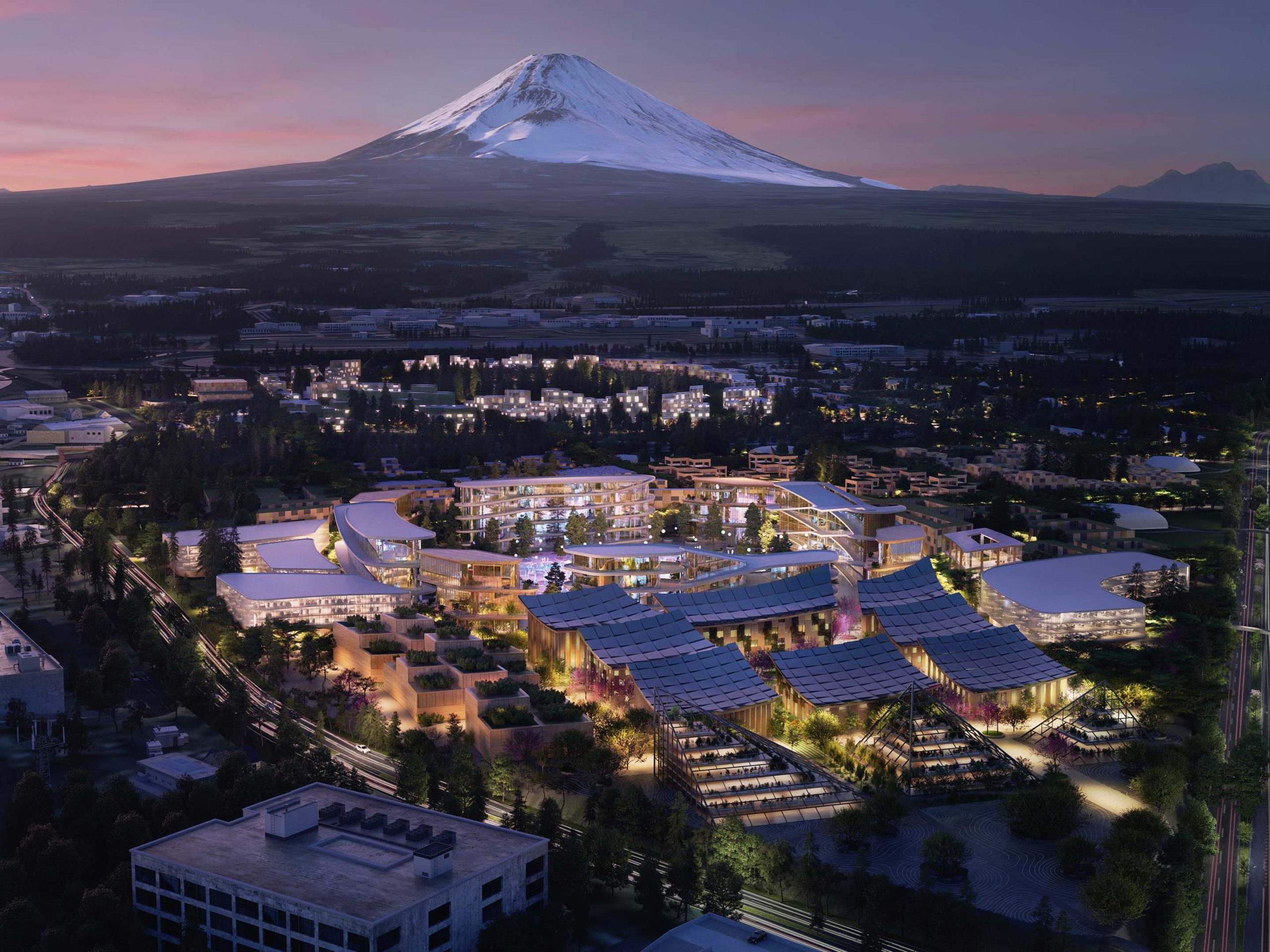 As we’ve witnessed with Sidewalk Labs in Toronto, what happens to resident’s data and is that data secure, have become huge questions.

For example, in the Sidewalk Labs project, the company is looking to establish an independent third-party organization to manage user data.

Toyota doesn’t yet have a plan for what exactly it’s going to do with the data that it’s collected. That said, the company claims it’s looking at strategies where it will be transparent with what it collects from the smart city’s residents. It’s also looking into modular data permissions so people can opt-in and out of specific data tracking depending on what features they’re comfortable with.