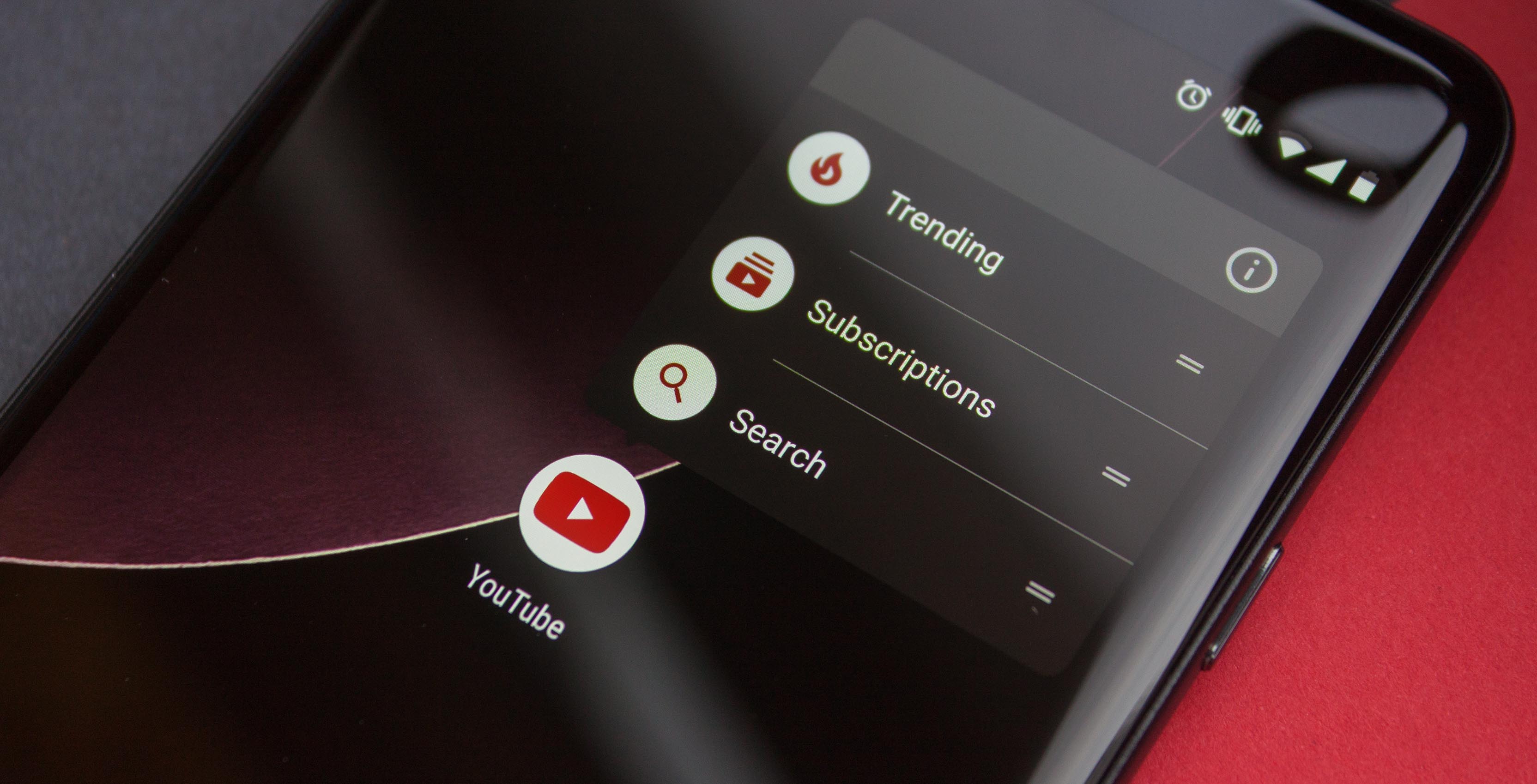 While YouTube’s Android app has offered a dark theme for some time, Google has finally brought it in line with Android 10’s dark mode toggle.

Now, the YouTube app — like many other Google apps — officially obeys that dark mode toggle. So, when you turn on dark mode, YouTube changes its appearance as well. Alternatively, if you go through the steps to automate dark mode on your device, YouTube will obey that too.

Along with the change to dark mode’s behaviour, YouTube also added a new ‘Appearance’ section in the app’s Settings. Tapping it opens a pop-up that will let you force the app to use dark mode, light mode or follow the system toggle. 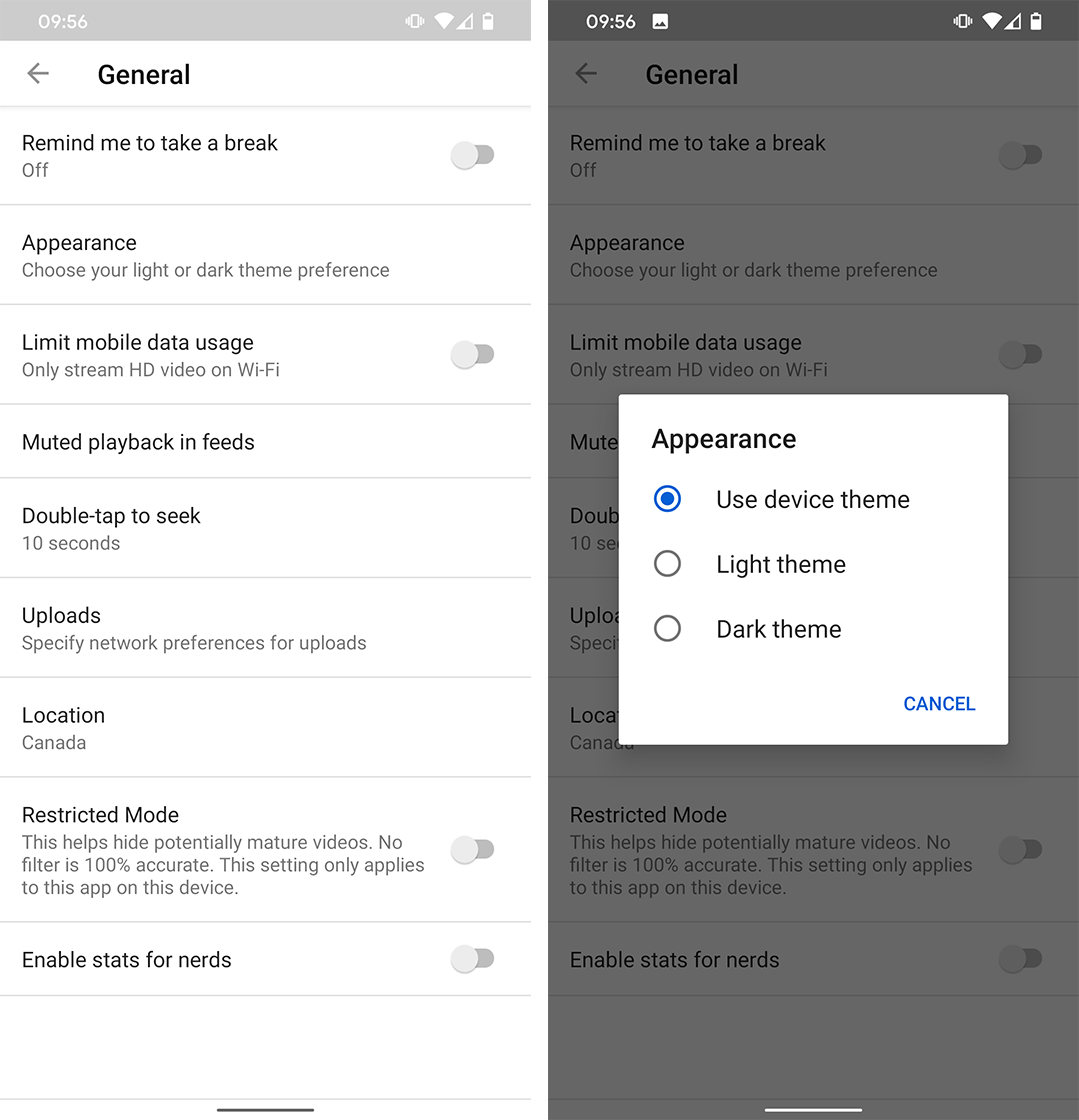 It’s worth noting that at the time of writing, YouTube’s iOS app did not obey the iOS 13 dark mode toggle. It did, however, offer its own in-app switch for changing the appearance. Again, users can find it in YouTube’s Settings menu.

9to5Google reports that YouTube began testing the automatic dark theme in its Android app, as well as the addition of the new ‘Appearance’ menu, about a month ago. Further, 9to5 reports that the feature rolled out with YouTube version 14.46.52 earlier this week, but that a server-side update may also be required to fully enable the function. For my part, YouTube began following the dark theme on my Pixel 4 sometime yesterday at the latest.

If YouTube doesn’t follow the system dark mode toggle on your Android 10 device, head to the app’s Play Store page to make sure you’re running the latest update.