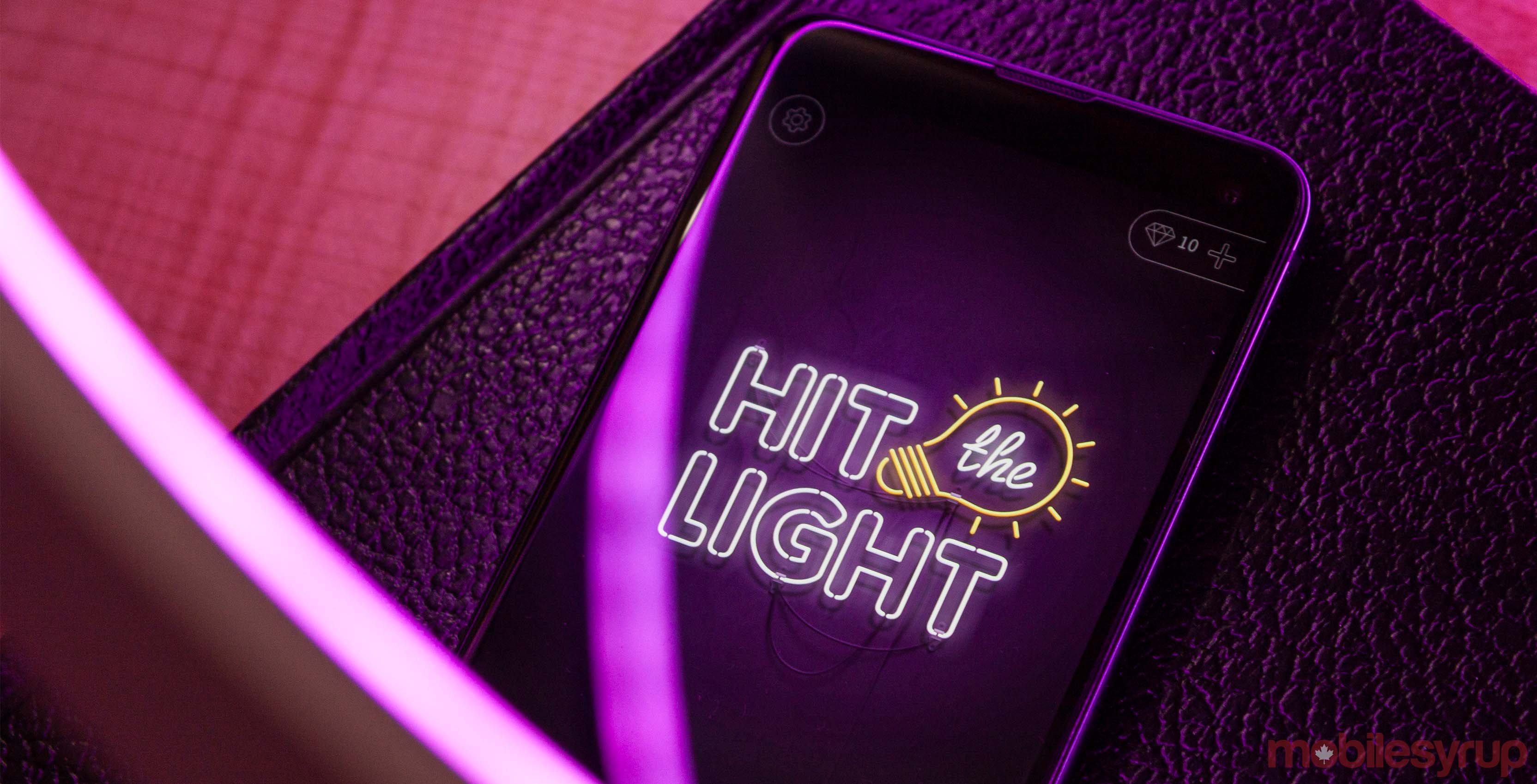 One of the first mobile games I ever truly loved was Brick Breaker. As a kid, I remember my friend had an old BlackBerry with the game, and we would take turns trying to get the highest score.

However, Hit the Light comes mighty close. The game can best be described as a mix between Brick Breaker and something like Angry Birds. Instead of a paddle to bounce the ball, you simply have a slingshot and a limited number of shots to smash all the objects.

What makes Hit the Light unique is that instead of breaking bricks, you’re smashing neon lights. Each level starts off as a beautiful neon light art installation. Players fling metal balls, ninja stars or bombs at the installation to shatter the lights and destroy it.

Each destroyed light makes a satisfying shattering sound, and the screen shakes a bit while the phone vibrates. Additionally, the game features an excellent indie pop/rock soundtrack with this retro vibe. The soundtrack makes the game quite relaxing to play and, overall, it’s a great experience.

As for actual gameplay, players must slingshot items to break the lights. Most levels offer metal balls (each shot fires three), a couple of ninja stars and a bomb. The metal balls bounce off everything they hit, ninja stars go through everything in a straight line, and the bomb destroys everything near where it lands. 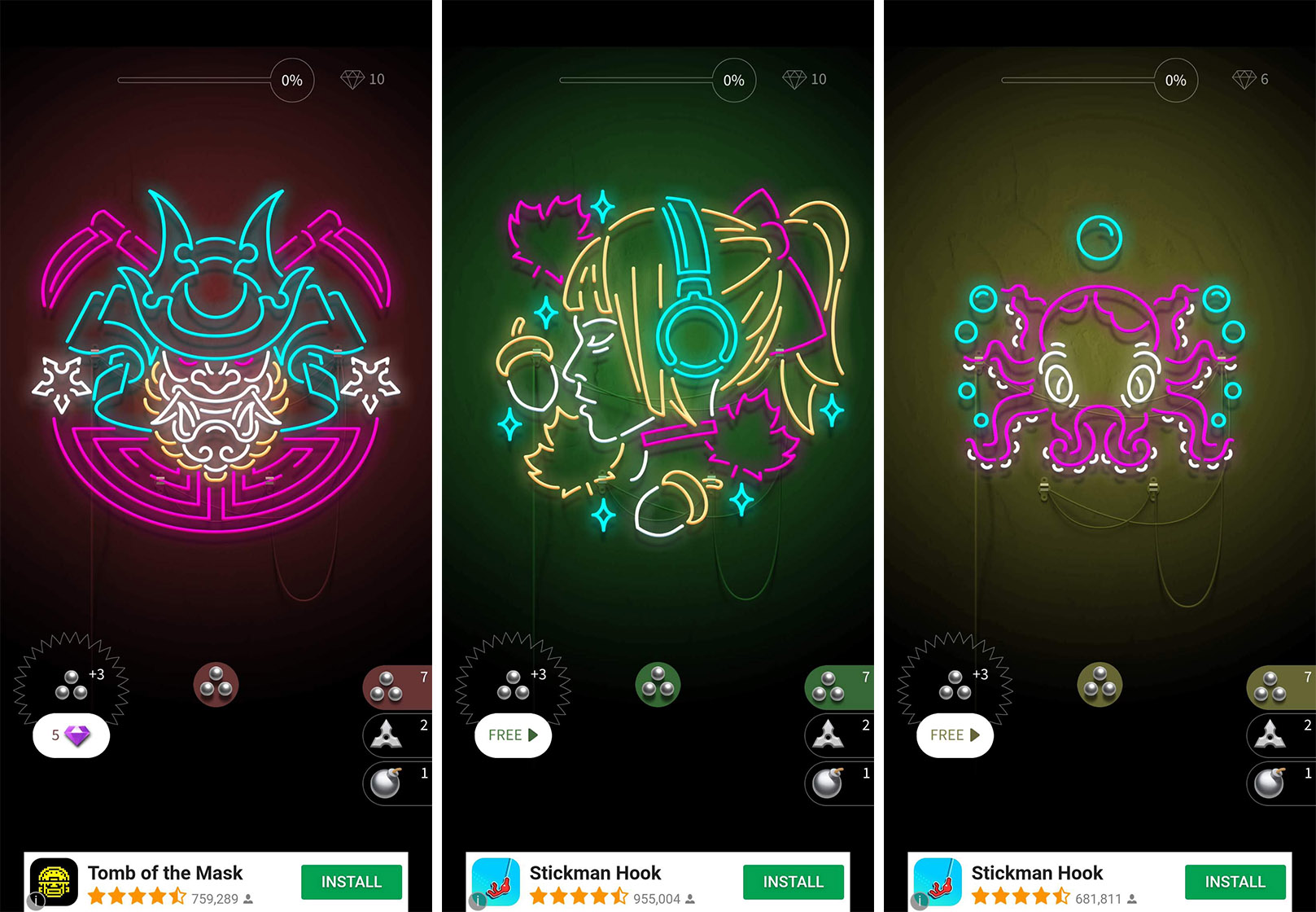 There are additional weapons you can enjoy if you pay for the premium pass but, aside from the bonus of actually getting to use them, they didn’t add much to the experience. The three default items were more than enough to clear most levels.

And that brings us to probably the worst aspect of the game: the monetization. Increasing games are moving to a subscription model to ensure a steady influx of cash. In the case of Hit the Light, the subscription costs an absurd $5.99 per week on Android and $10.49 per week on iOS. The game is playable without paying, especially if you’re okay closing an ad after each level.

Along with unique weapons and no ads, the subscription also provides 20 gems per day, which you can use to purchase more ammo for each level, and you start with more ammo in general. Ultimately, I don’t think the paid option is justifiable for what you get, and the game is plenty fun on its own without paying.

If Hit the Light sounds like something you’d enjoy, you can grab it from the Play Store and the App Store for free.