Nokia 1 Plus Review: You get what you pay for

Sadly, $180 doesn't get you quite as far as I would have liked 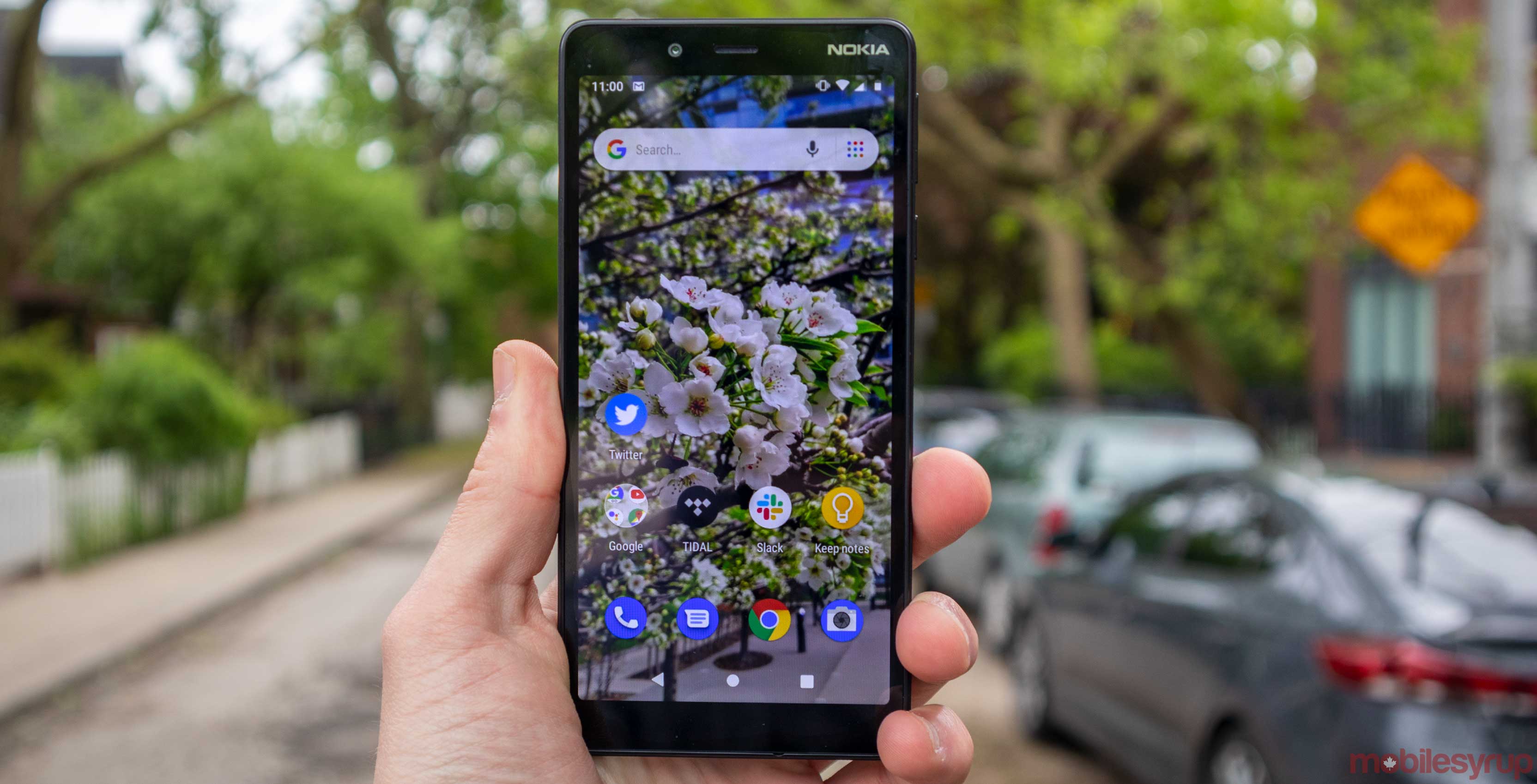 HMD Global, the owner of the Nokia brand, recently released the 1 Plus in Canada, and there’s only one way to describe the phone — you get what you pay for.

Nokia is marketing the 1 Plus as a great value option, which I have to agree with. That said, I also have a strong feeling that anyone who ends up buying this device is going to find themselves frustrated with it. 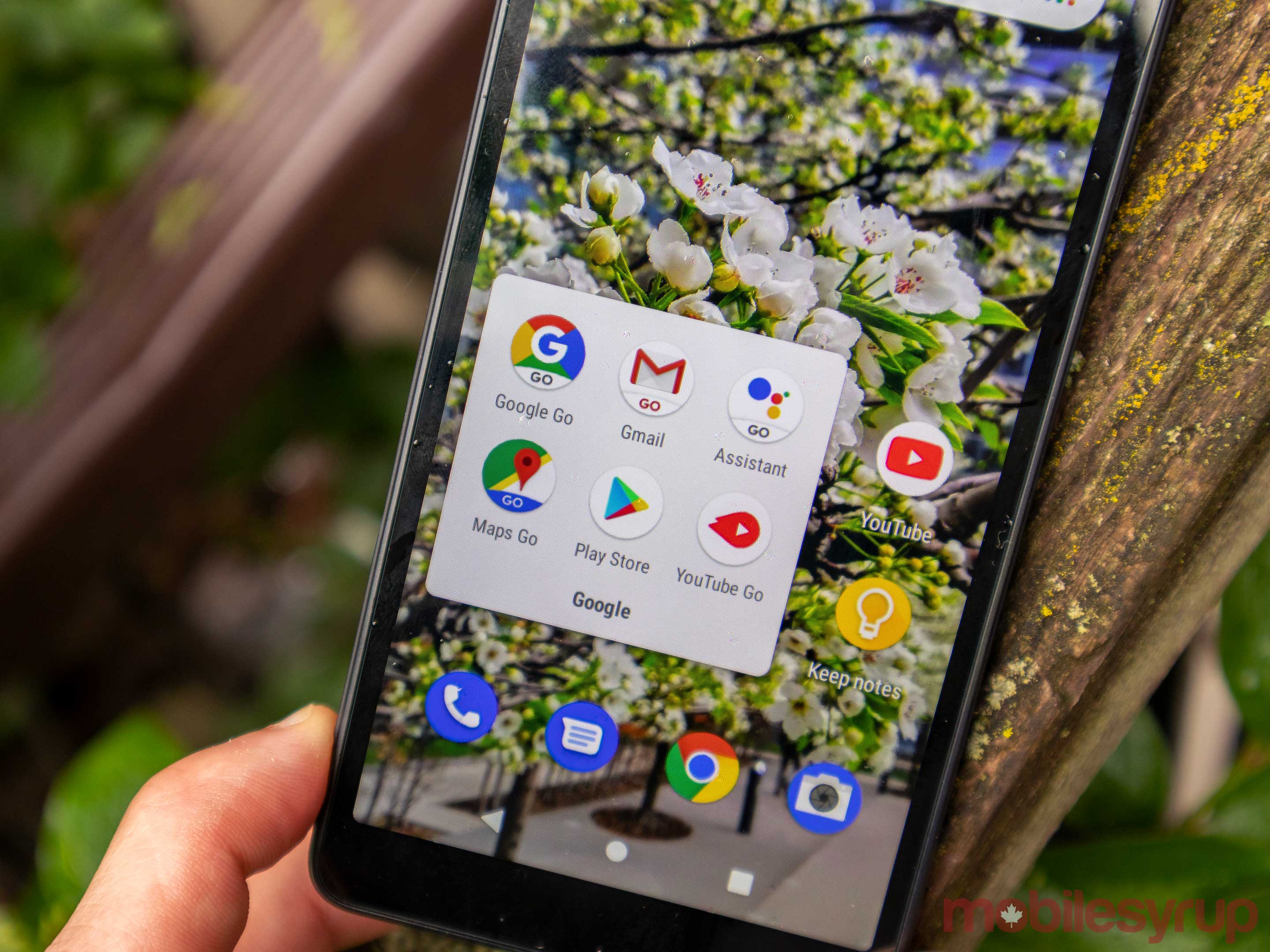 Android Go is a lightweight version of Android 9.0 Pie. It includes many of the same features, but a lot of the visual flourishes and higher-end aspects of the operating system are gone.

You’re getting fewer pre-installed apps, and some of the apps on the phone are smaller than their traditional Android counterparts. Google made these smaller by either making them a progressive web app like with Maps or by cutting out parts of the app like in Assistant.

To further this, GO apps are also built to use less data. For example, when you load websites in Google Chrome Go they launch in a ‘Lite’ mode. This strips webpages to a basic level and removes ads.

Additionally, another example occurs with YouTube Go. Each time you click on a video, the app asks you if you want to load it in data saver mode, standard quality or high quality. This happens even if you’re connected to Wi-Fi. If you have a Micro SD card in the device, you can download the video to watch offline later.

Most of the Android Go experience is remarkably similar to the standard version of Android 9 Pie, with a few design differences and less advanced features. 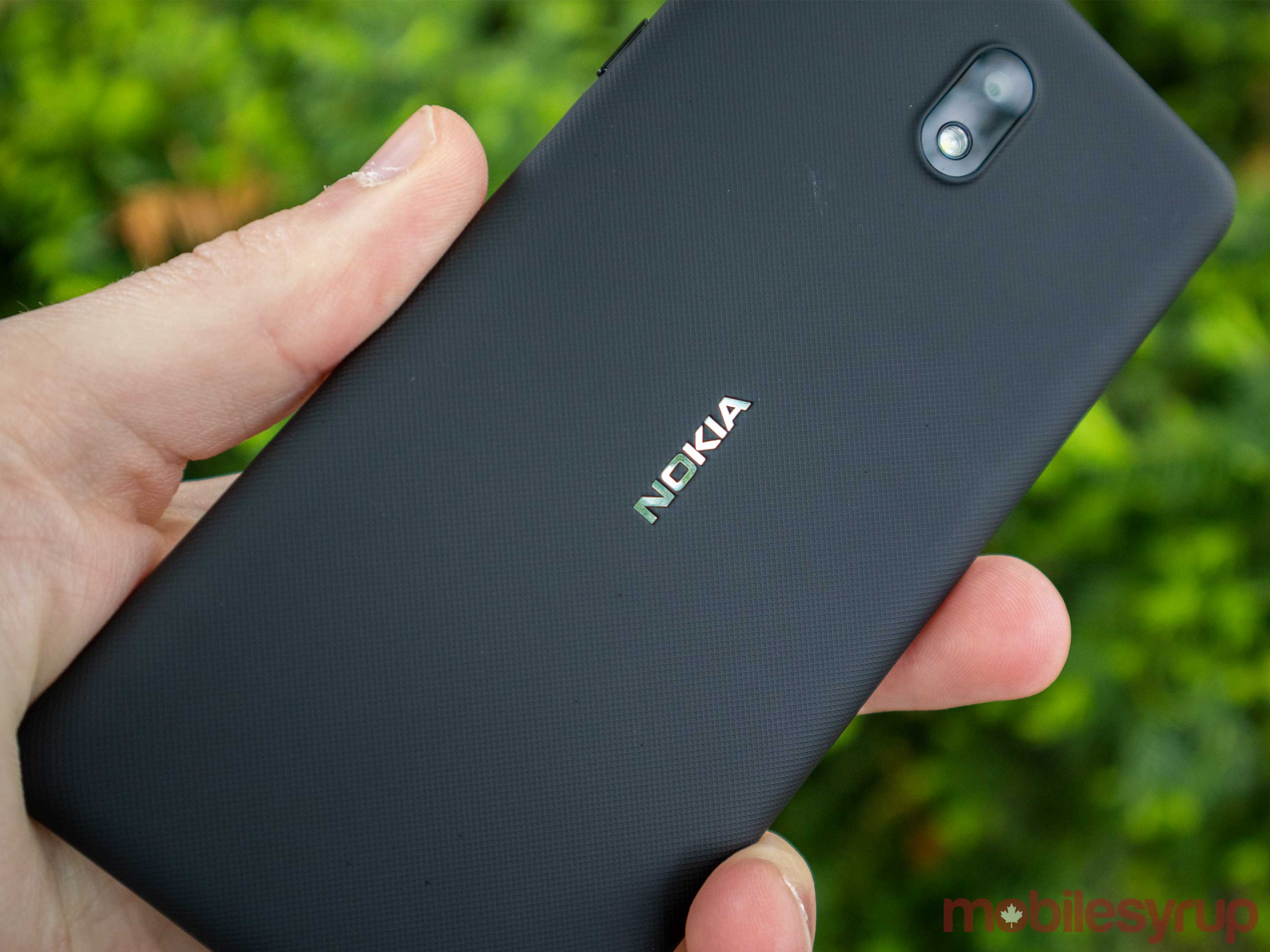 The 1 Plus feels decent but not premium by any means. It features a plastic back plate and display, similar to other smartphones that fall in the low-end category.

The back of the phone consists of textured coloured plastic that’s dyed all the way through to ensure scratches and nicks aren’t noticeable.

The rear of the smartphone is also surprisingly grippy. 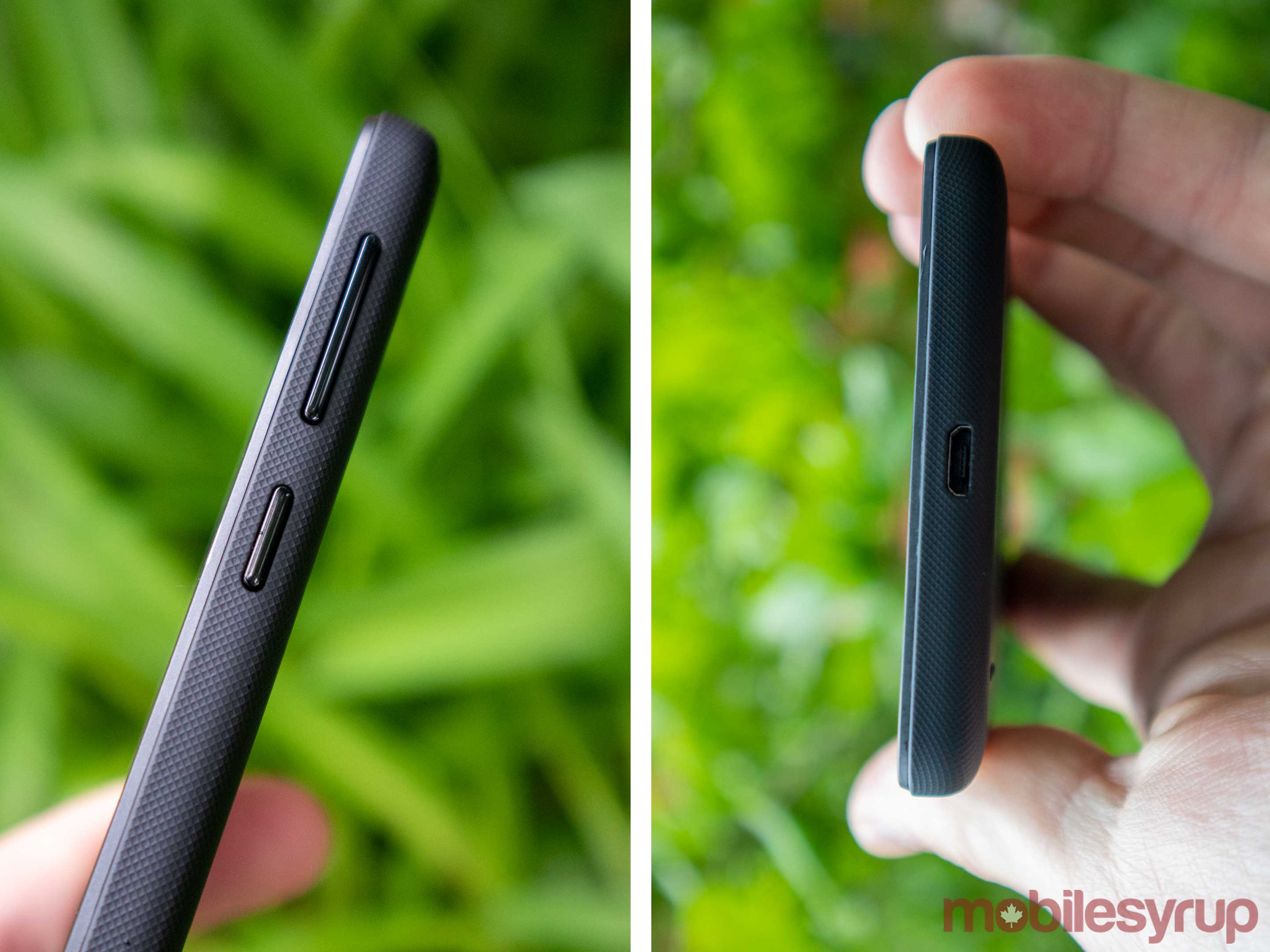 The 5.46-inch screen doesn’t have a very high resolution with a 480 x 960-pixel resolution, but it gets the job done.

Beyond this, there is no coating on the display, resulting in the handset’s screen being covered with fingerprints all the time. 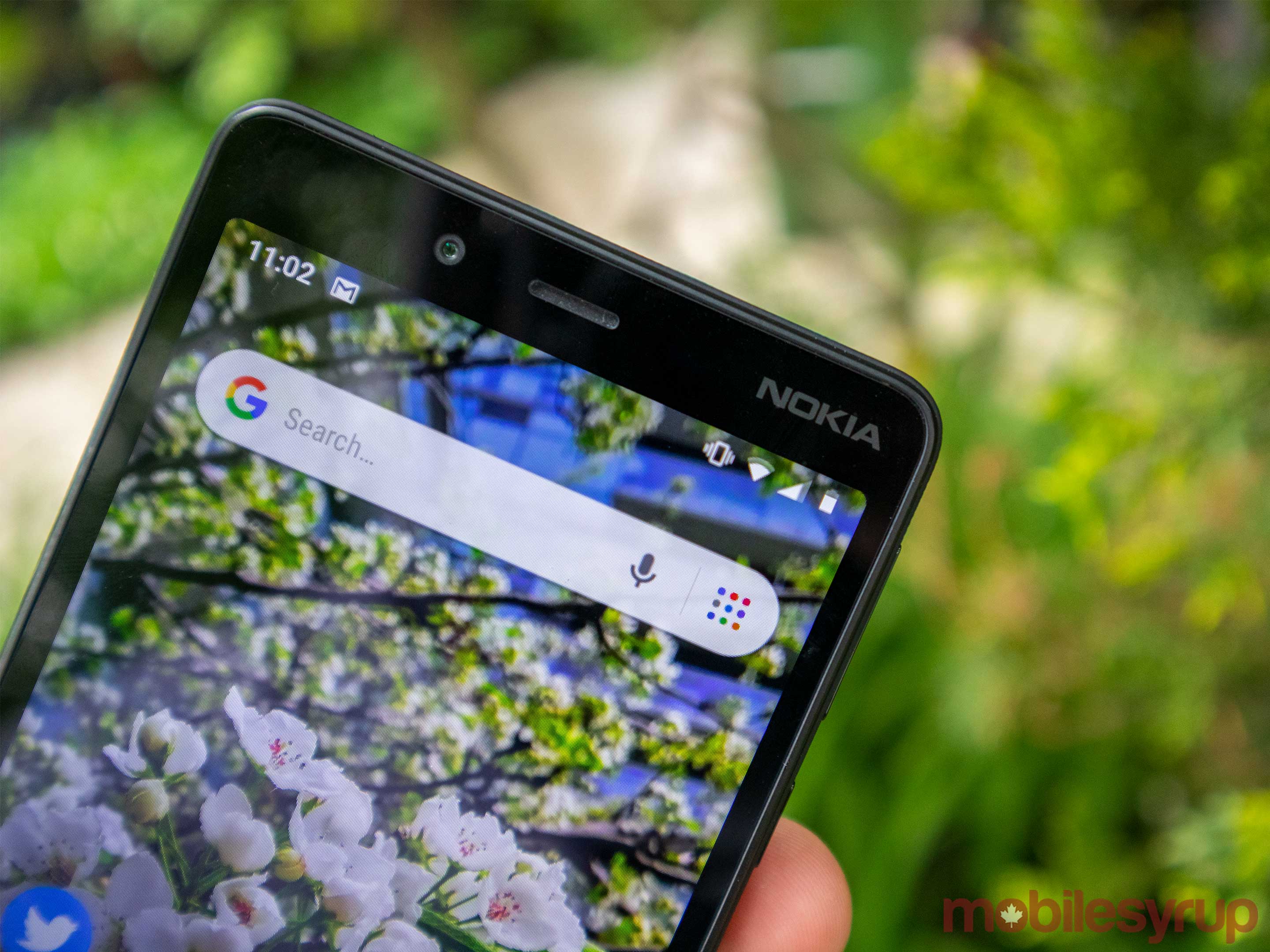 The phone only packs 1GB of RAM and as a result, isn’t particularly fast in most cases. Navigating the Nokia 1 Plus’ user interface is snappy and responsive enough, but as soon as you begin launching apps the device’s 1GB of RAM and Mediatek MT6739WW processor show just how slow this phone really is.

For instance, one morning during my commute to work I attempted to listen to music on Tidal while browsing Google News. For the most part, the experience was bearable until I tried to share a link to Slack. First of all, the sharing menu took too long to load, coming in at roughly 45 seconds or more. Next, opening Slack to share the link with my co-workers froze and crashed the device.

This is one of the many examples of the 1 Plus failing to accomplish even a simple task that most modern phones can do in a matter of seconds. 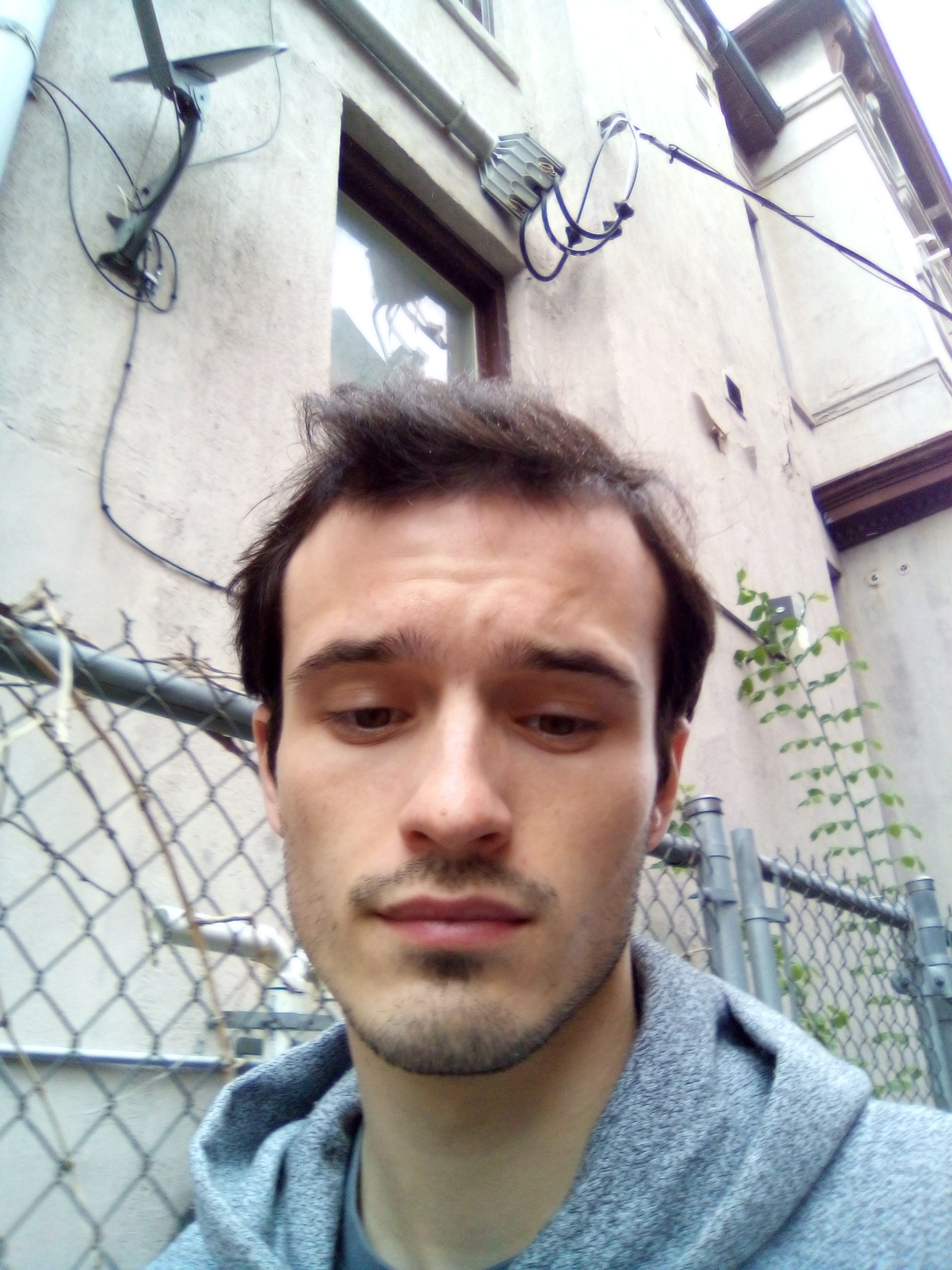 This only happened a handful of times but occurred more often than it should, even with a low-end device, resulting in a frustrating experience.

When the phone actually worked it was usable, but these brief moments weren’t consistent. I found myself often running into a bout of lag and then shoving the phone back into my pocket in exasperation.

While the Nokia 1’s camera took forever to take pictures, I felt both its 8-megapixel rear camera and the 5-megapixel front shooter produced passable images. That said, the phone is missing modern camera features like digital zoom.

One area where I had no issues was with the 1 Plus was battery life. The smartphone consistently made it through every day that I used it.

While the Nokia 1 Plus may offer a significant value because it packs pretty much the full Android 9 experience for a low price, it’s difficult to recommend since it is such an inconsistent experience.

If you're using the device as just a texting and calling machine, it could work for you. But if you’re coming into the 1 Plus expecting to be able to have a flashy and fun full Android phone experience, you’ll likely be disappointed, even with the Nokia 1 Plus' affordable price tag in mind.

You can buy the Nokia 1 Plus outright starting today from London Drugs and Best Buy Canada for $179.99 CAD.

"It's great for calls and texts, but beyond that, lag slows you down to a crawl."