From thrilling horror games to apps to help you fall asleep after that frightful experience, Canadian developers make them all 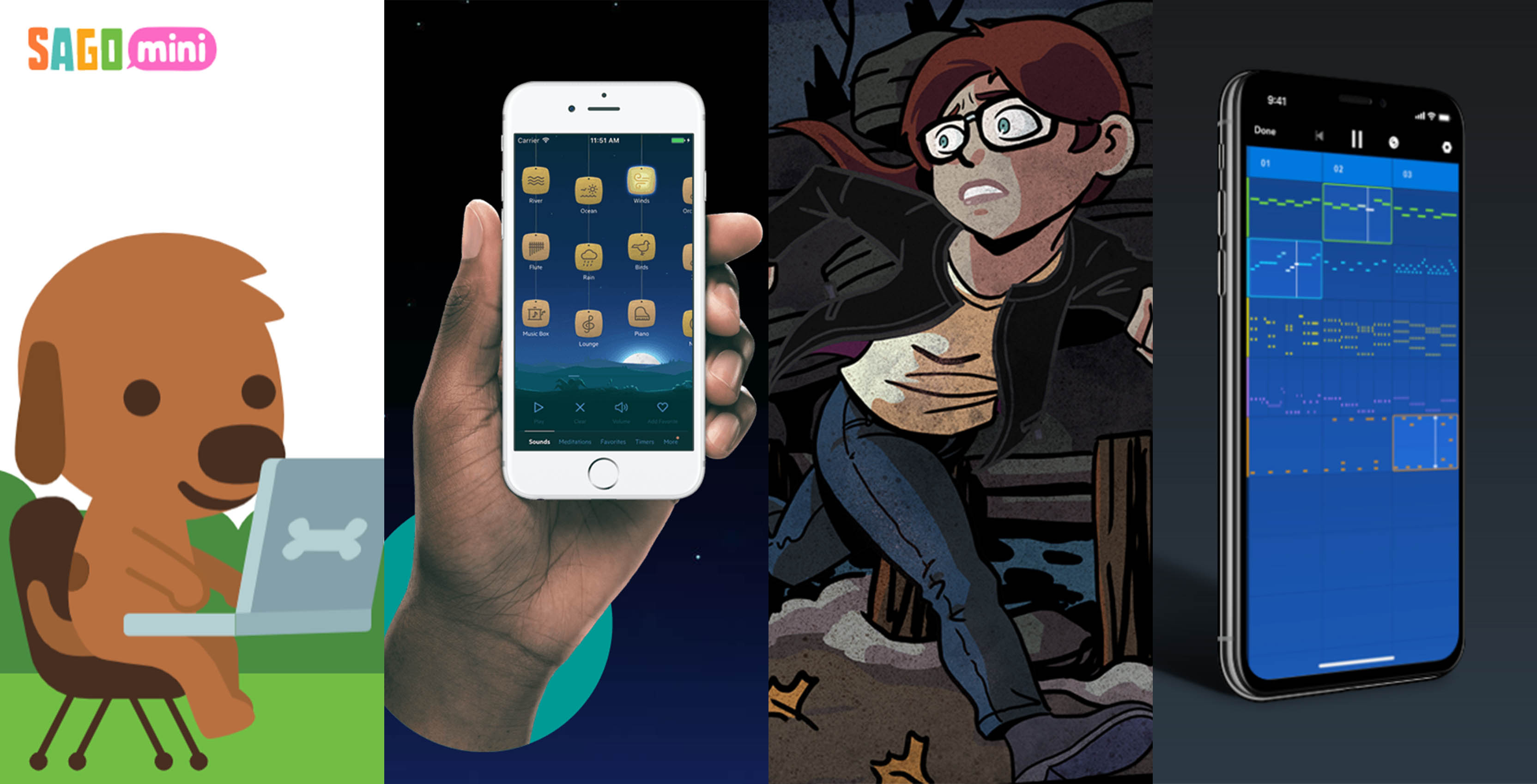 The company says that developers on the App Store have earned $120 billion USD (about $161 billion CAD). With all that money on the line, it’s no surprise that there are more apps than ever vying for your attention.

As such, discovering new and amazing apps can be tough. Apple has done a lot in recent years to surface great apps and quality games, such as the ‘Today’ page in the App Store, which highlights apps and games with editorialized content.

MobileSyrup has done some work in this regard as well, with our App of the Week and Game of the Week columns — which you can find on our homepage every weekend — that highlight exemplary smartphone apps and games, especially if they’re Canadian.

Recently, I got the opportunity to meet four Canadian developers and get a sneak peek at what they’ve been working on, from significant updates to entirely new apps and games. Read on to see how these Canadian apps are tearing up the App Store. 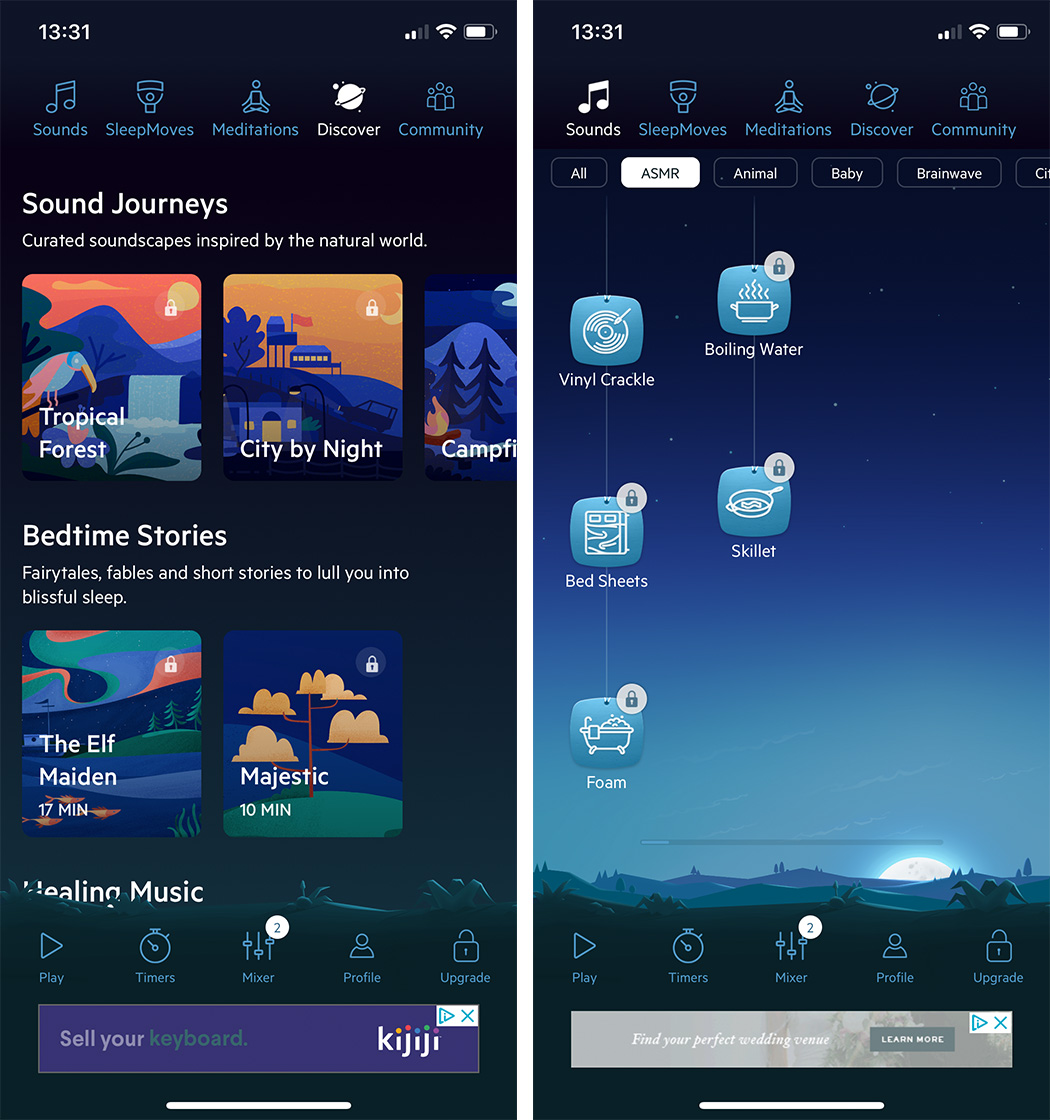 Montreal-based Ipnos Software was about wellness from the very beginning. The studio has a suite of apps designed to help users relax and unwind. However, it all started with Relax Melodies, which launched in 2009 to help users fall asleep.

I spoke with Ipnos’ head of brand, Felix Boudreau, who told me how Relax Melodies came about. Back in 2006, one of Ipnos’ co-founders, Philippe Lapierre developed tinnitus — a ringing or buzzing in the ear — after attending a rock concert. The tinnitus caused Lapierre to have insomnia, and he began using apps to play sounds to try and drown out the ringing.

Unsatisfied with what was available, Lapierre teamed up with long-time friend, and other Ipnos co-founder, Simon Alex Bérubé, to develop a “digital antidote” to tinnitus and other sleep problems. Relax Melodies was the result.

Ten years on, and with over 25 million downloads under its belt, Ipnos rolled out its most significant content release ever. The update, which coincided with the app’s tenth anniversary, rolled out on May 20th with Autonomous Sensory Meridian Response (ASMR) sounds, bedtime stories and soothing healing music. Additionally, the update brought a revamp to the app’s Discovery section to make it easier to find new sounds.

Along with the new additions, Relax Melodies includes over 100 sounds, as well as ‘SleepMoves’ and Meditations. Sounds include a variety of natural noises, like rain and thunder, as well as human sounds like trains or music. Users can mix and match these sounds to create the perfect balance to sleep to.

SleepMoves offers a variety of programs that take listeners through movements to help them relax. Finally, Meditations will help users improve areas of their sleep, such as falling asleep quicker or getting more restful sleep.

Relax Melodies is available for free from the App Store. Users can unlock extra content and features through one of three in-app purchases. The first is a ‘Basic’ subscription for $19.99 per year, which unlocks some sound and brainwave content. The ‘Full’ subscription costs $59.99 per year but is currently available for 50 percent off at $29.99.

This gives you access to all 110 sounds, 12 brainwaves, as well as guided meditations, sound journeys, sound breathing, SleepMoves and more. Finally, there’s a ‘Lifetime’ option available for $279.99 which gives you access to everything in the Full subscription.

Worse Than Death by Benjamin and Nancy Rivers

I sat down with Ben Rivers, who designed, developed and produced the game with his wife, Nancy. Rivers showed me some of the processes behind creating Worse Than Death.

“I grew up in a small town, and they’re just as creepy as you think,” Rivers said. He spoke about his love for horror games and how he wanted to create one in a small-town environment.

However, as a small studio, Rivers didn’t have a lot of resources. “We had to ask ourselves, ‘how do we make something bigger than we could normally make?'” 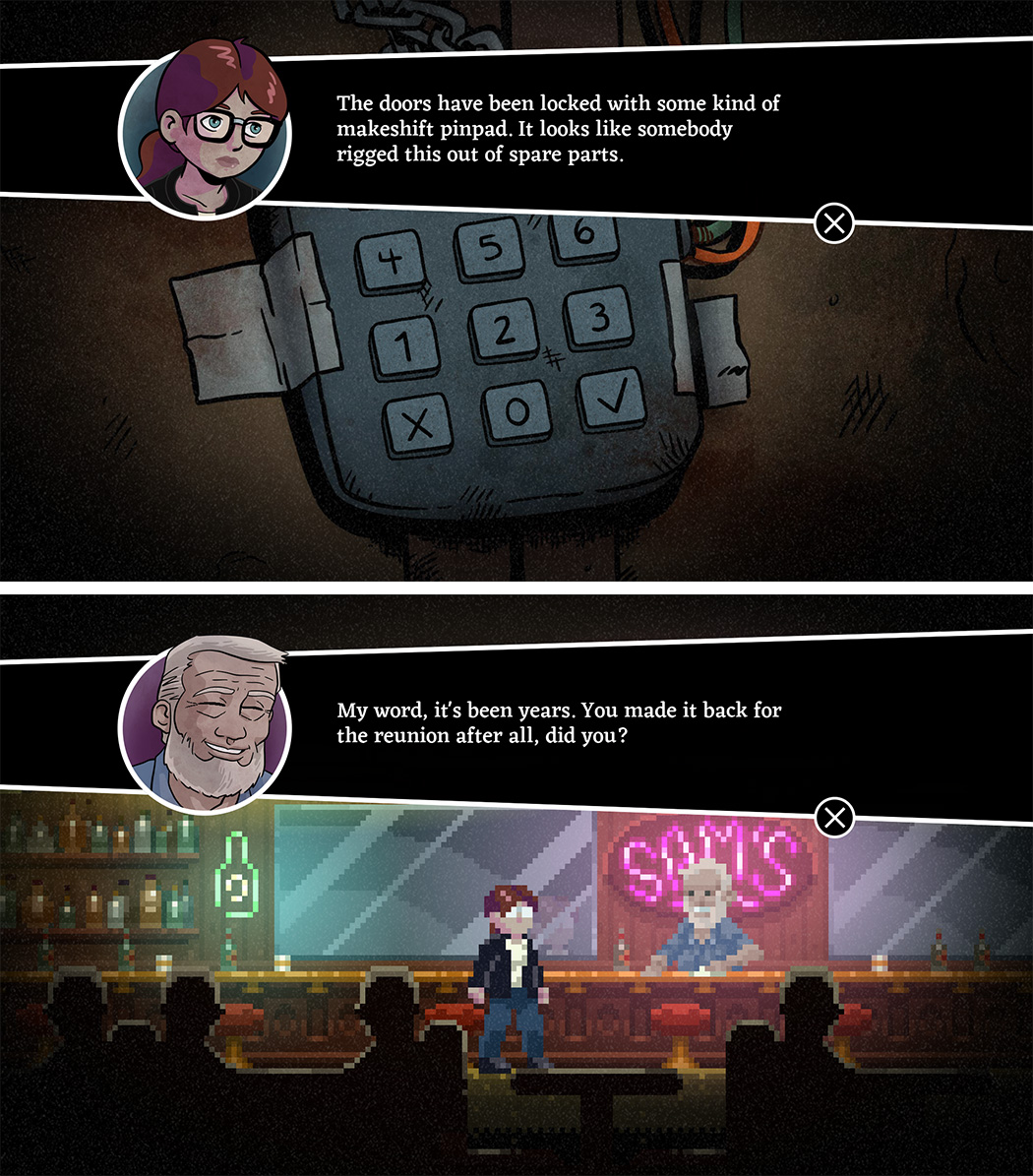 The answer was a lot of hard work and careful thought about the tools you used. Rivers relied on an iPad Pro, an Apple Pencil, and an app called ‘Procreate‘ when making Worse Than Death. The game features about 150 hand-drawn pieces. Rivers said using the iPad Pro and Procreate helped streamline the creation process, and also let him work while travelling.

Worse Than Death took two years to make, but starting Monday, May 22nd, will be available for pre-order on the App Store. It’ll cost $5.49 and launch at the end of June. 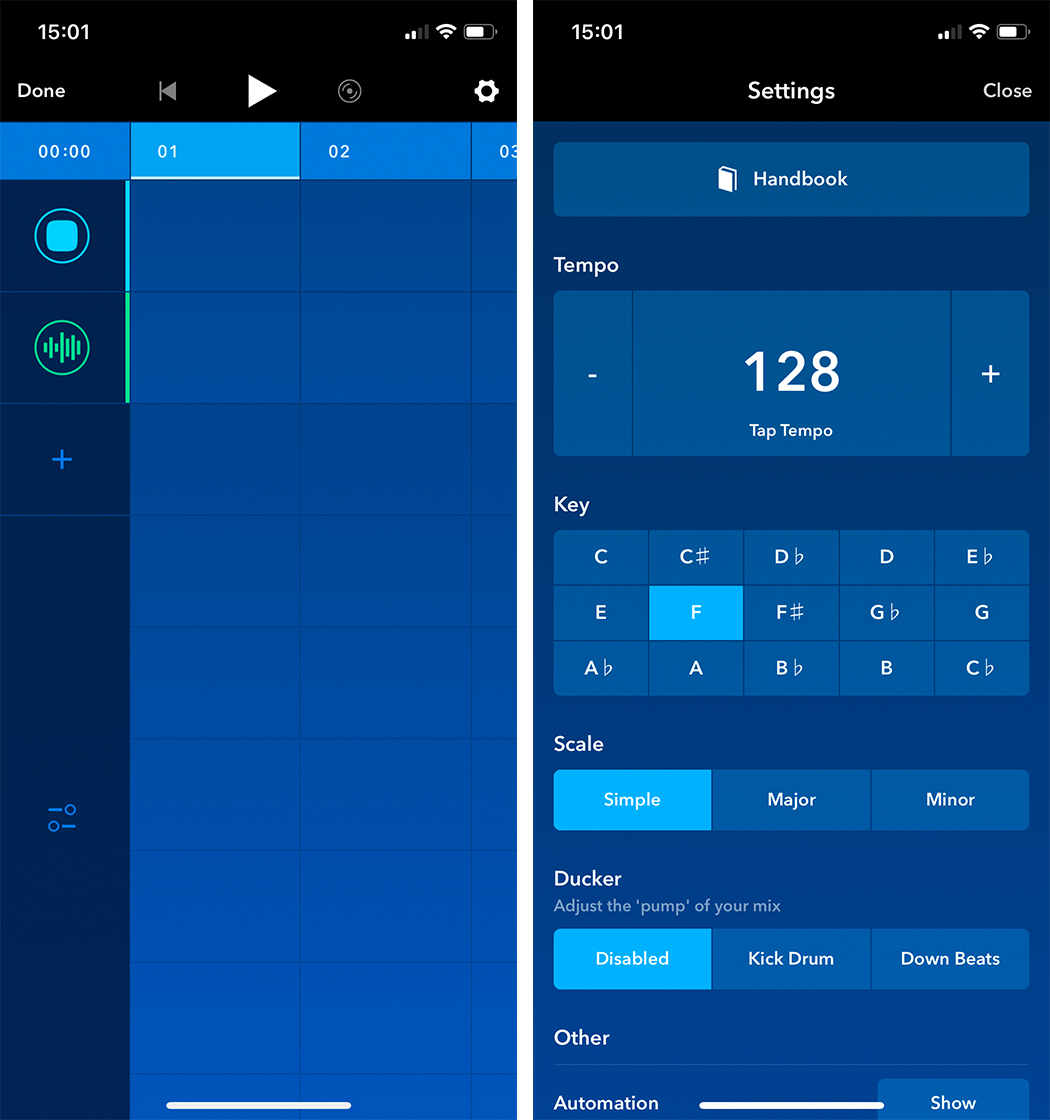 If you’re looking to make your own music, look no further than Medly, from Waterloo-based Medly Labs. Founded by two friends from the University of Waterloo, Medly is a simple-to-use music maker with over 3.5 million downloads.

The app offers users over 1,600 loops and samples they can leverage to create music, and it makes it easy to export to platforms like SoundCloud.

When I spoke with co-founder Basil Al-Dajane, he boasted that Medly received the ‘Best of 2016’ award in Canada, Japan and China. It’s also used in schools when teaching kids about music.

Medly offers a no-mistakes environment for people of all ages and skill levels to make music in. Instead of a traditional system, Medly presents a blue grid divided into sections based on the time signature you choose. You can also pick a key when creating your music. From there, Medly does the rest.

Users add sounds — drum beats, synths and other instruments and noises — by tapping on parts of the grid. Medley ensures you can’t make a mistake because it matches the grid to the key you chose and the time signature. In other words, you can’t pick a wrong note.

To make the music process even better, Al-Dajane told me Medly would get a new undo and ‘visual history’ feature. While undo works as you’d expect, the visual history is really neat. It opens up a small window with a list of all the changes you’ve made. Additionally, it shows a visual of the change, which makes it simple to see what action you want to revert.

Interestingly, Al-Dajane said Medly uses Apple’s Metal 2 graphics API. You might wonder why a music-making app uses of a graphics API, but Al-Dajane says it frees up valuable CPU resources for processing the audio. The GPU handles everything happening on the screen. Thanks to this, Medly is wonderfully fast and incredibly fluid.

Medly’s visual history update will roll out on May 30th. You can download Medly for free from the App Store. Further, there’s a subscription component that lets you unlock more sounds, and get access to the app’s monthly themed sound pack. It costs $4.99 per month, or $34.99 if you subscribe yearly. 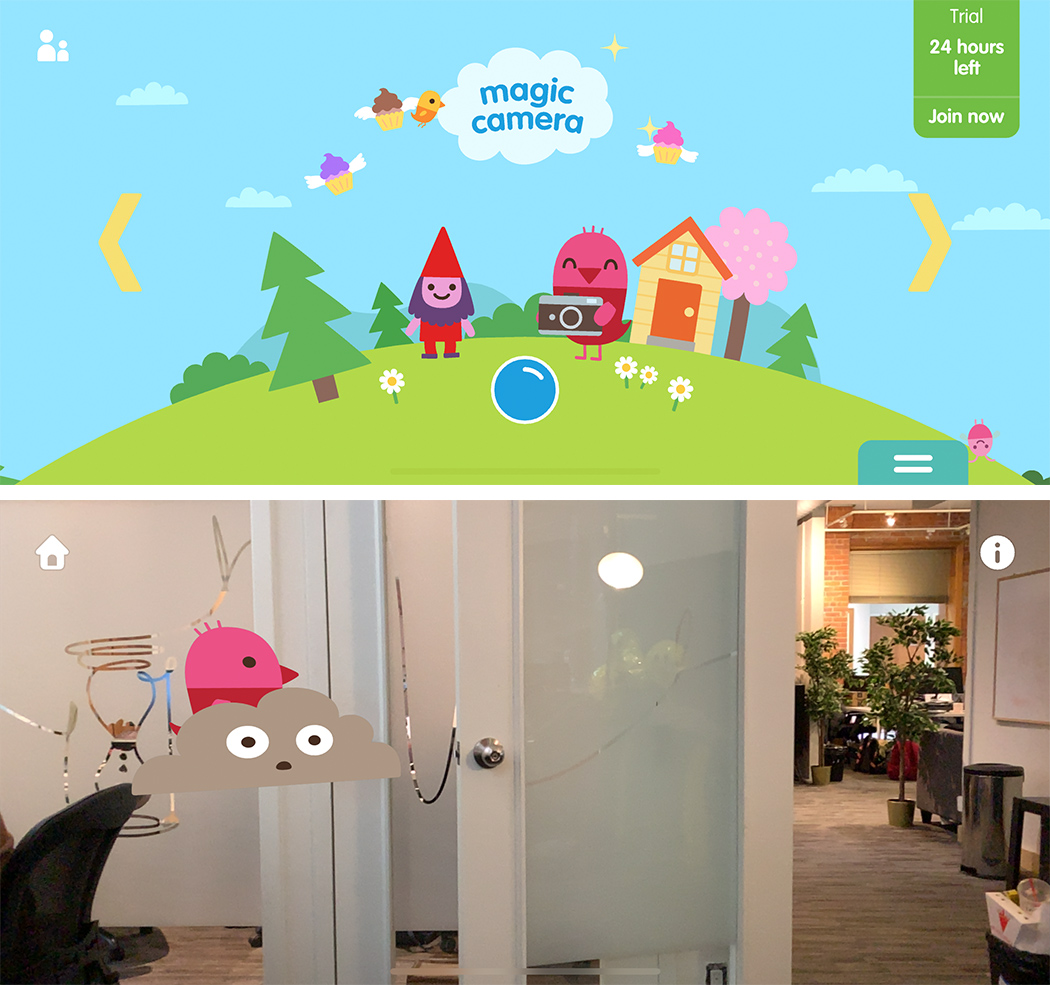 For the parents out there, I spent some time with Jason Krogh, CEO of Toronto-based Sago Mini. Krogh said Sago Mini started up in 2013 to develop digital toys for kids. These digital toy experiences are all about encouraging learning through play.

The studio’s main app, Sago Mini World, brings all the Sago Mini games together into one app. Users can unlock everything with a subscription. Currently, Sago Mini has over 40 million downloads and has over 3 million preschoolers playing its games each month.

However, Sago Mini’s next big idea is bringing digital play and physical play together — something it can do through AR.

“With ARKit 2, we felt augmented reality was finally ready to implement into Sago Mini,” Krogh said. 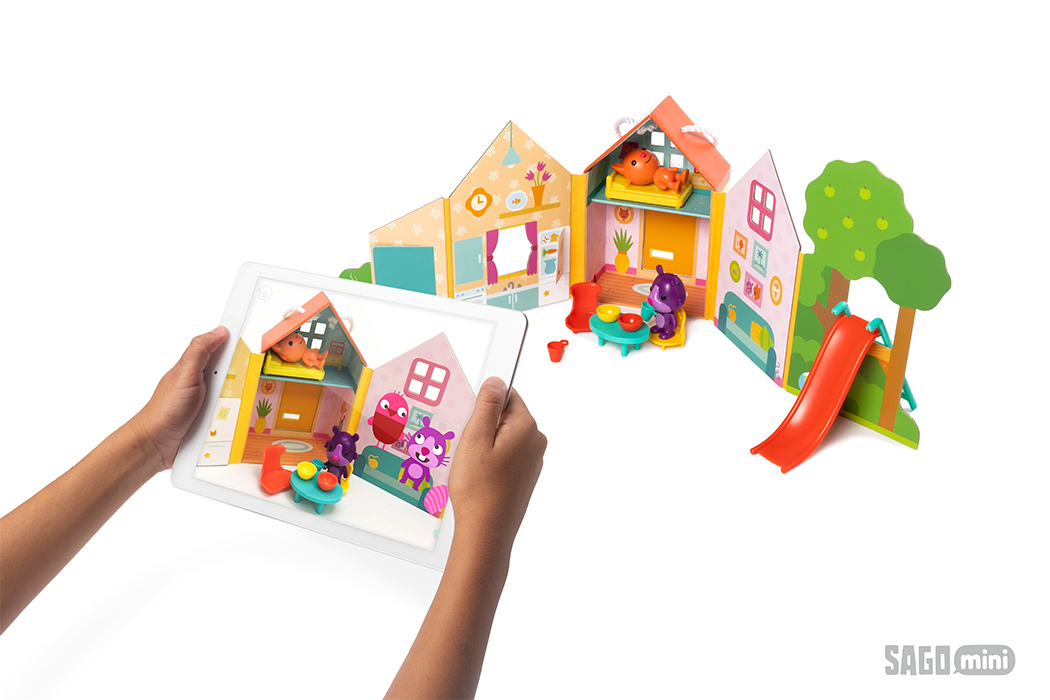 Sago developed a playset called ‘Jinja’s Playhouse’ to use with Sago Mini World’s ‘Magic Camera’ platform — although you don’t need the playset to enjoy it. ARKit 2 allows kids to bring Jinja’s Playhouse to life just by pointing a smartphone or tablet at it.

Additionally, Krogh said Sago thought a lot about how it could implement AR in a way kids can use. One thing the development team found was that kids had a hard time aiming the camera and touching the screen at the same time. Instead of that, Sago uses a time-based activation — aim the screen at a point long enough, and it’ll react.

You can download Sago Mini World from the App Store for free, and unlock all the games with a $6.99 monthly subscription. Additionally, Jinja’s Playhouse is available on Apple’s website for $35.95 and will come to other retail stores across Canada.