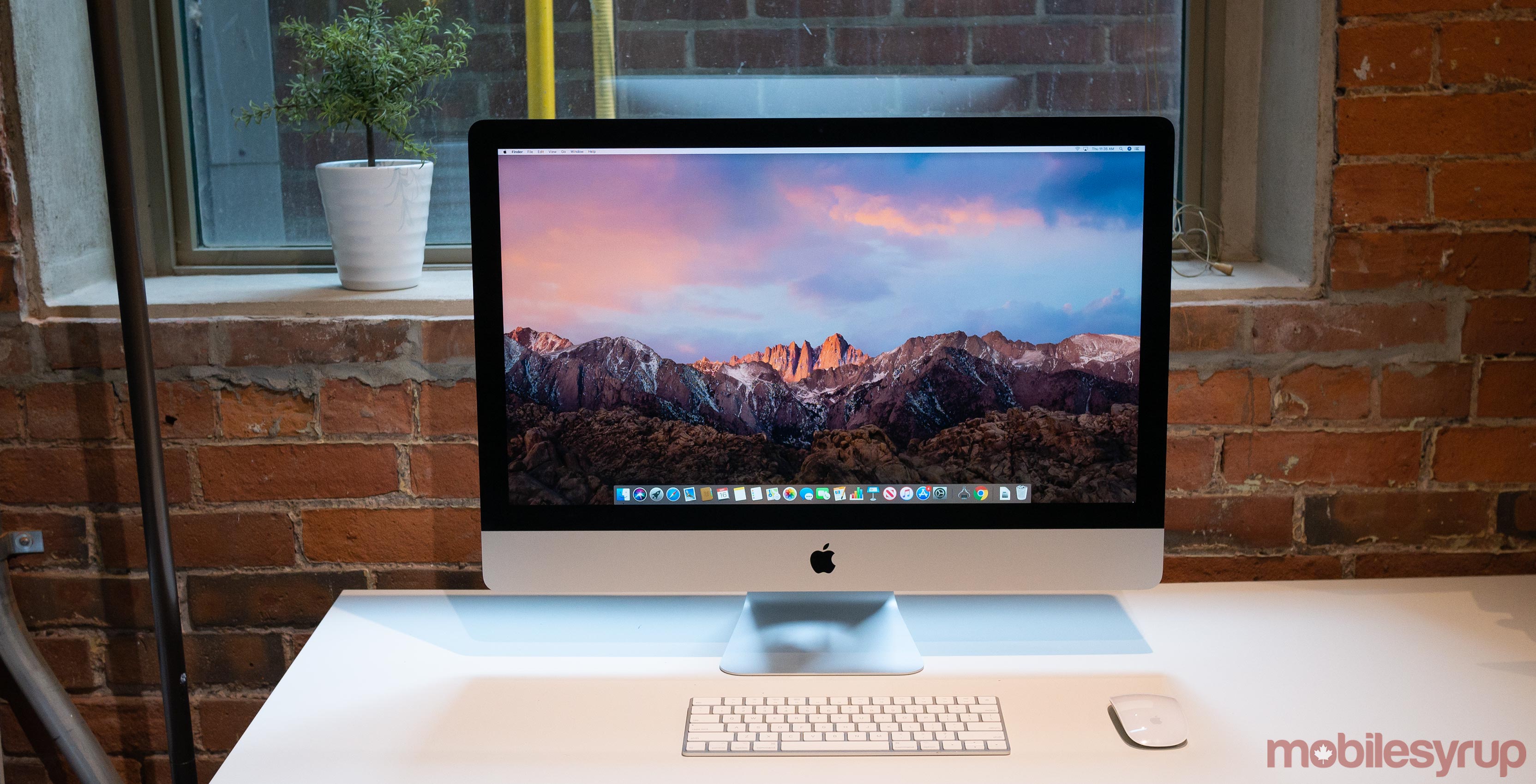 While Apple skipped the iMac’s 20th birthday back in 2018 and didn’t offer a hardware update to its still-popular all-in-one desktop, the tech giant has finally opted to give it a much-needed spec boost in 2019.

To be clear, this update is all about hardware and other technical specs. If you were hoping Apple would finally change the iMac’s design, you’re unfortunately out of luck. The all-in-one desktop still features the same substantial bezels that are beginning to look rather dated. To put this in perspective, this is the longest Apple has ever stuck with the same design for any of its products. 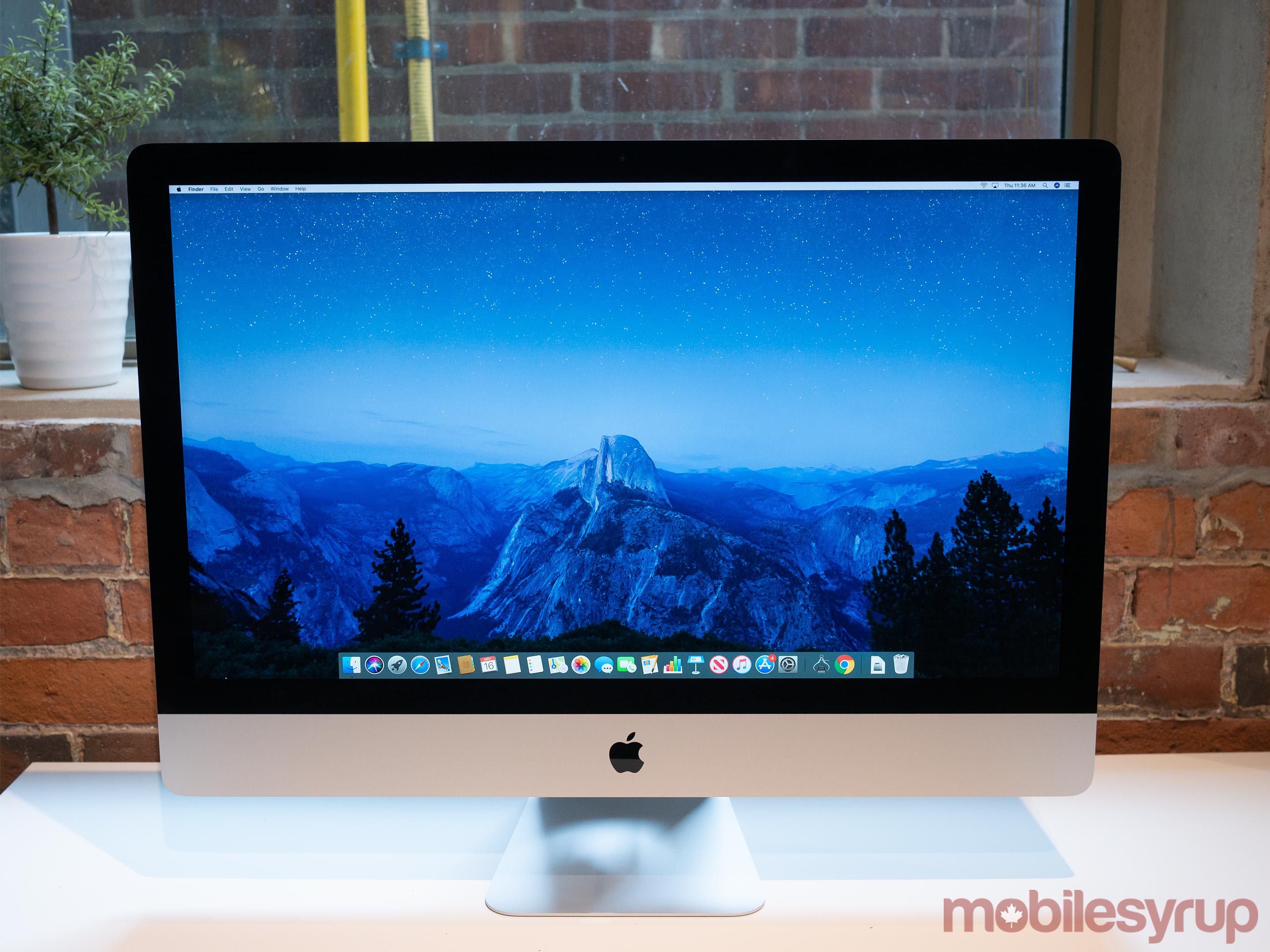 That said, it’s not as if the desktop’s design hasn’t aged gracefully. The curved-filled aesthetic still looks great on a desk, and the all-in-one’s overall low-profile helps it blend in with its surroundings. The iMac still remains a great choice for minimalists. Still, it’s impossible to deny that those bezels don’t look huge, especially when compared to even Apple’s own MacBook Pro.

Sticking with this trend, love it or hate it, the same wireless keyboard and mouse makes a return with the 2019 iMac, complete with the strangely placed Lightning charging port on the base of the mouse. 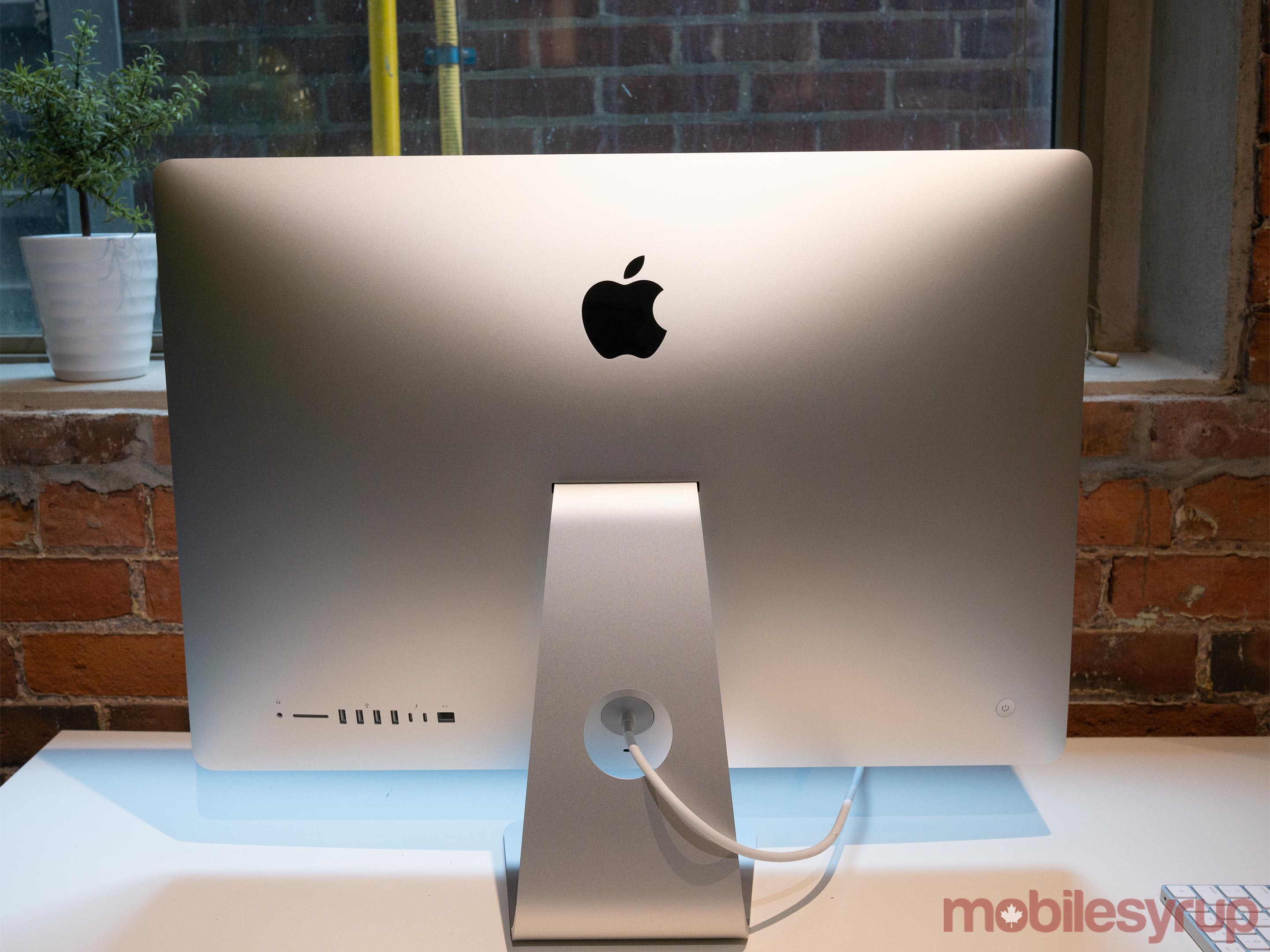 Regarding hardware, the new iMac features a 9th-generation Intel Coffee Lake processor, up to an AMD Radeon Pro Vega 48 graphics card and a faster 512GB SSD instead of the hybrid hard drives featured in previous versions of the desktop.

The ports offered in the 2019 iMac also remain the same as its 2017 counterpart. This means the desktop features two Thunderbolt 3 USB-C ports, four USB-A ports, an SD card slot, a headphone jack (praise be), an Ethernet port and support for one external 5K display or two 4K screens. This time around it’s also worth noting that RAM is upgradable in the 27-inch version of the iMac, which is a welcome change from previous versions of the all-in-one. 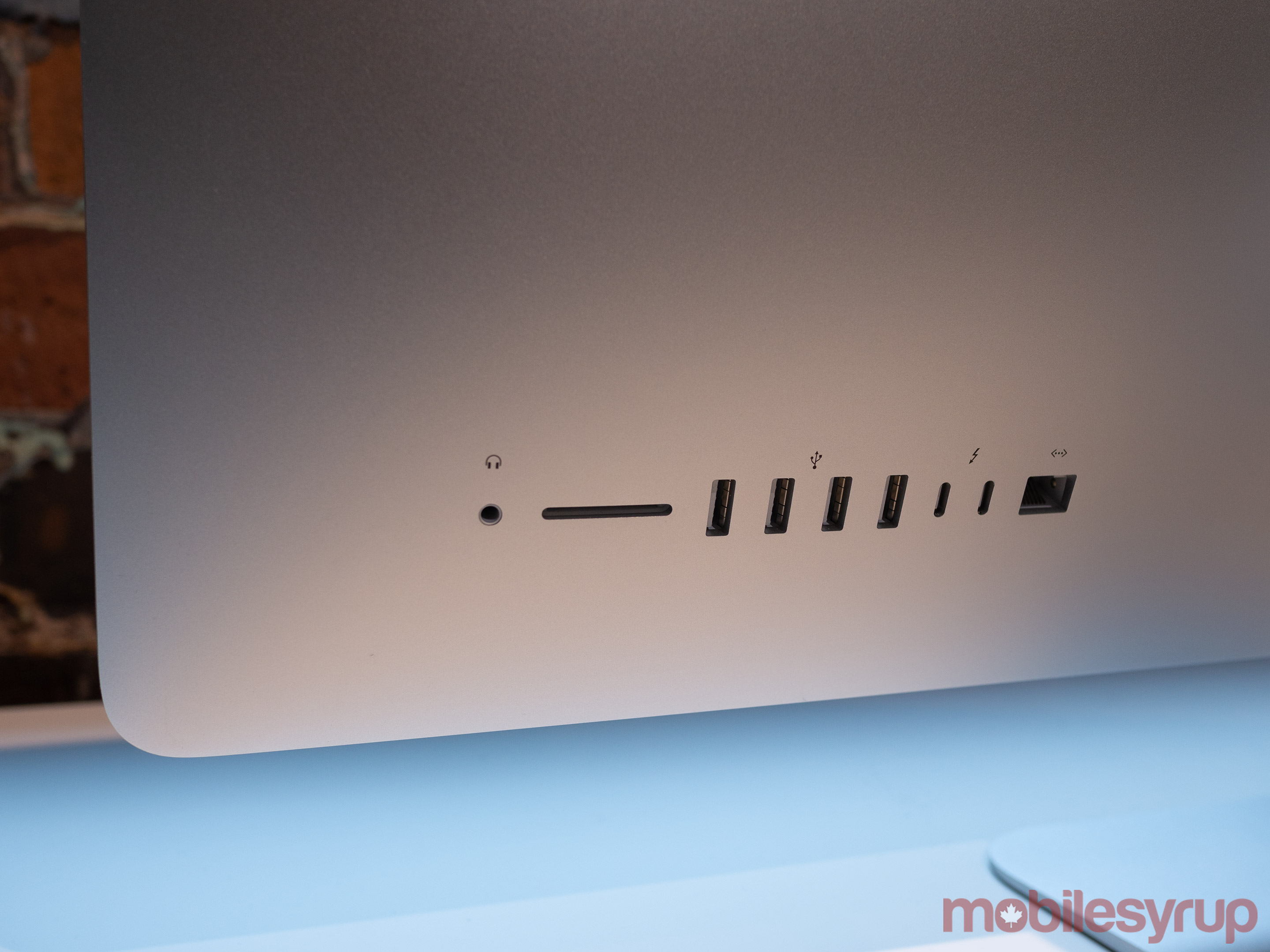 For me, as has been the case with nearly every iMac I’ve used, it’s really the desktop’s display that truly shines. Despite its chunky frame, the display is by far one of the best I’ve encountered. With an aspect ratio of 16:10 and a 5K resolution of 5,120 x 2,880, the screen is so sharp that I can’t even see a pixel when I’m sitting close to the display. To be clear, Apple isn’t alone in this space anymore, with the Surface Studio 2 being equally sharp, coming in at a 4,500 x 3,000 pixel resolution with a 3:2 aspect ratio, along with the fact that its a touchscreen. 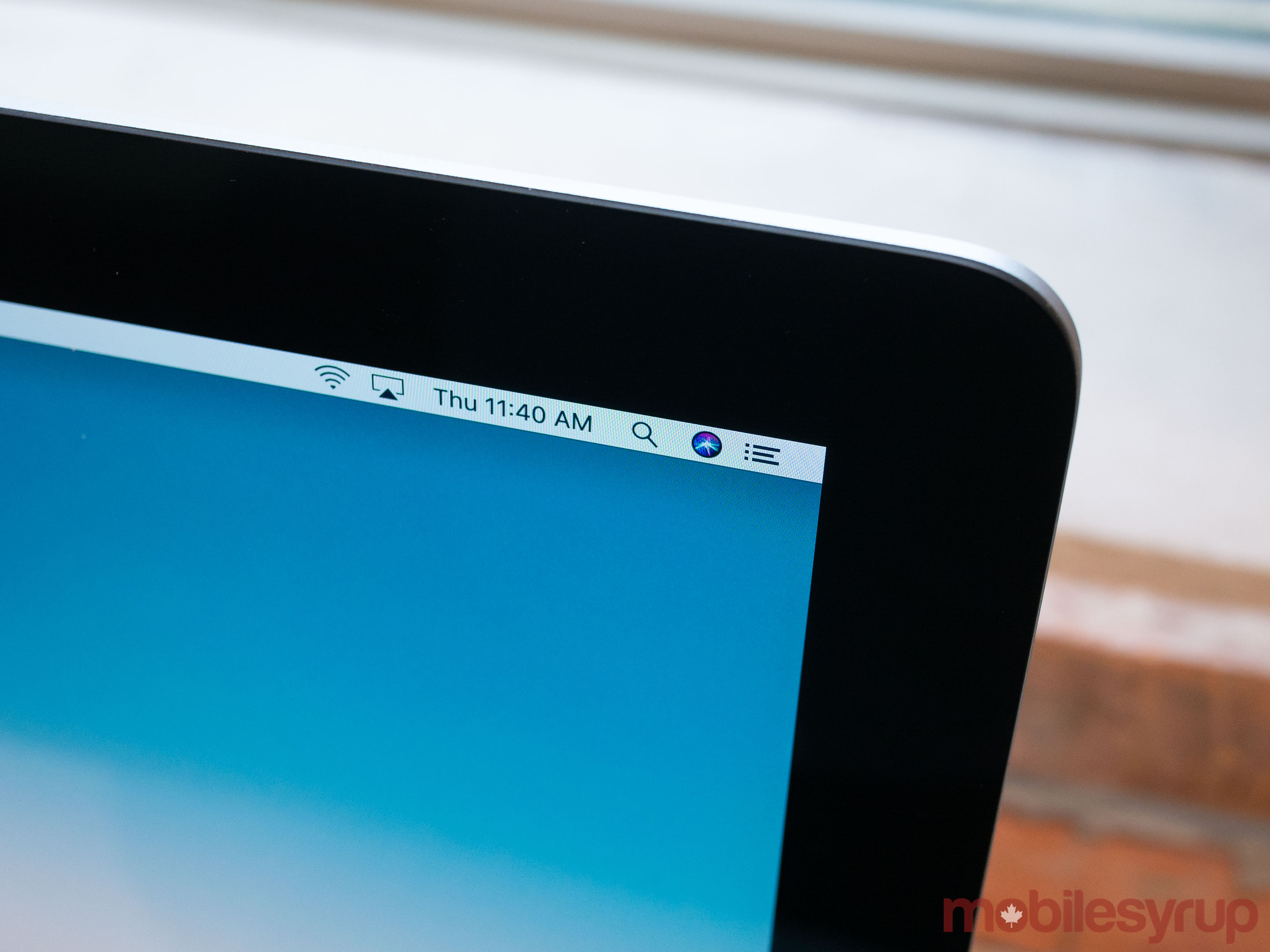 That said, though I haven’t spent much time with the Surface Studio 2, the 5K iMac edges out the competition in the colour vibrancy space thanks to its impressive colour gamut. You’re basically getting one of the best-looking displays out there, with the bonus of reasonably powerful hardware inside.

It’s likely that Apple has plans for a more radical iMac redesign when the tech giant moves the Mac to ARM-based processors, a shift that has been rumoured for a number of years now. However, it’s unclear when that will actually happen.