These days, smartwatches are a mixed bag. Some, like the Apple Watch, are excellent. Others — namely most Wear OS watches — aren’t.

Whether shortfalls in hardware or issues with the software, smartwatches often don’t cut it.

Some of us want a simple smartwatch that shows notifications and has long battery life. Wearable fan Samson March felt the same way, so he made his own watch.

In a Reddit post about the watch, March said it features a custom OS, battery life that lasts one week and it mirrors his iPhone’s notifications. 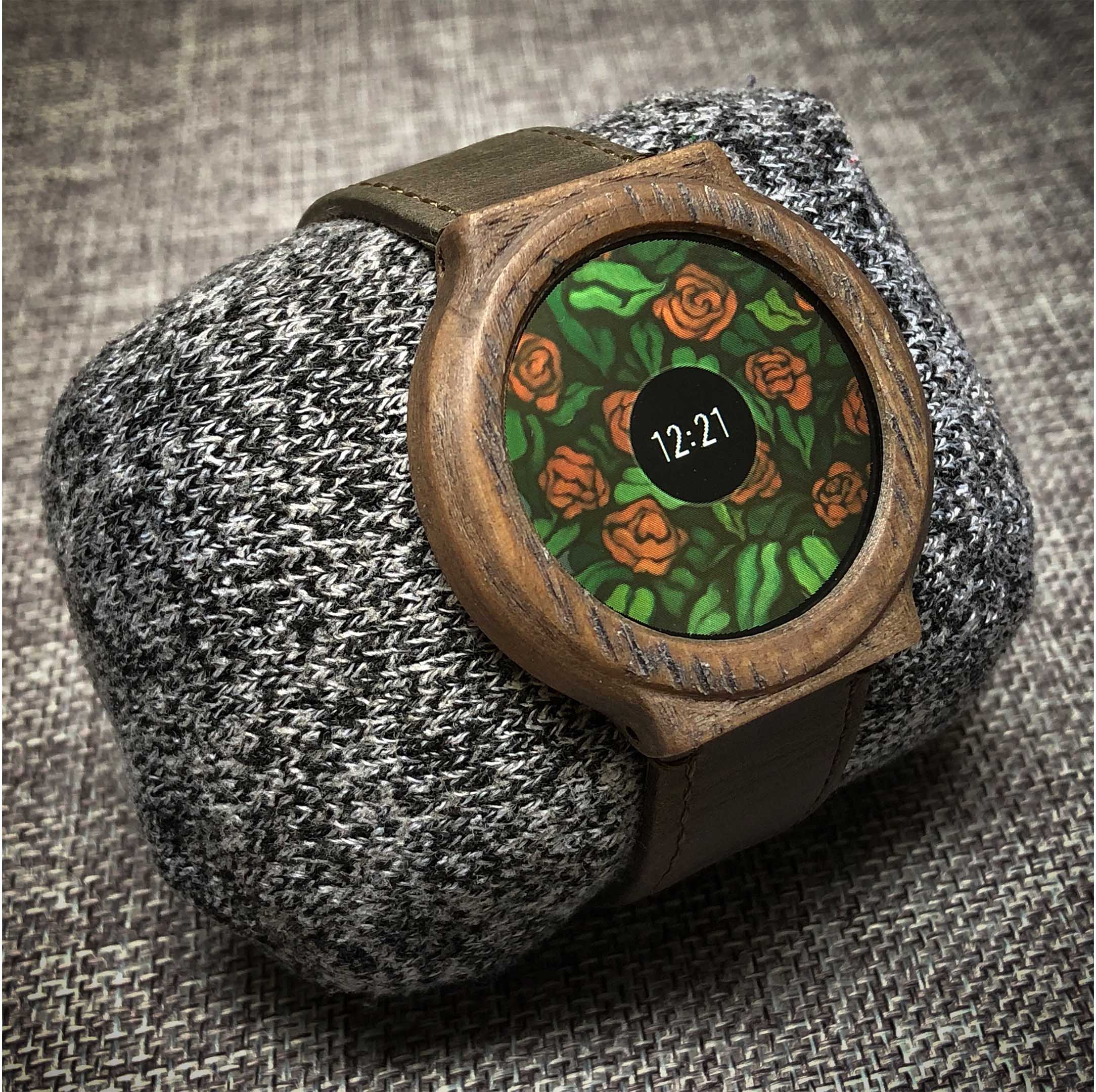 March created the watch casing using a 3D-printed woodfill PLA that’s 70 percent plastic and 30 percent wood. Inside the watch, March only included four components: the battery, an acceleration sensor, the actuation block (which allows for communication with the screen and vibration motor) and a Dialog Semiconductor DA14683 chip for Bluetooth LE connection.

The watch’s circular screen isn’t touch sensitive. Instead, the watch relies on touch gestures on the top, bottom, left and right sides for navigation.

March wrote the software himself in C and even included a raise-to-wake gesture. The watch only shows the time and notifications, which helps the battery last a whole week. 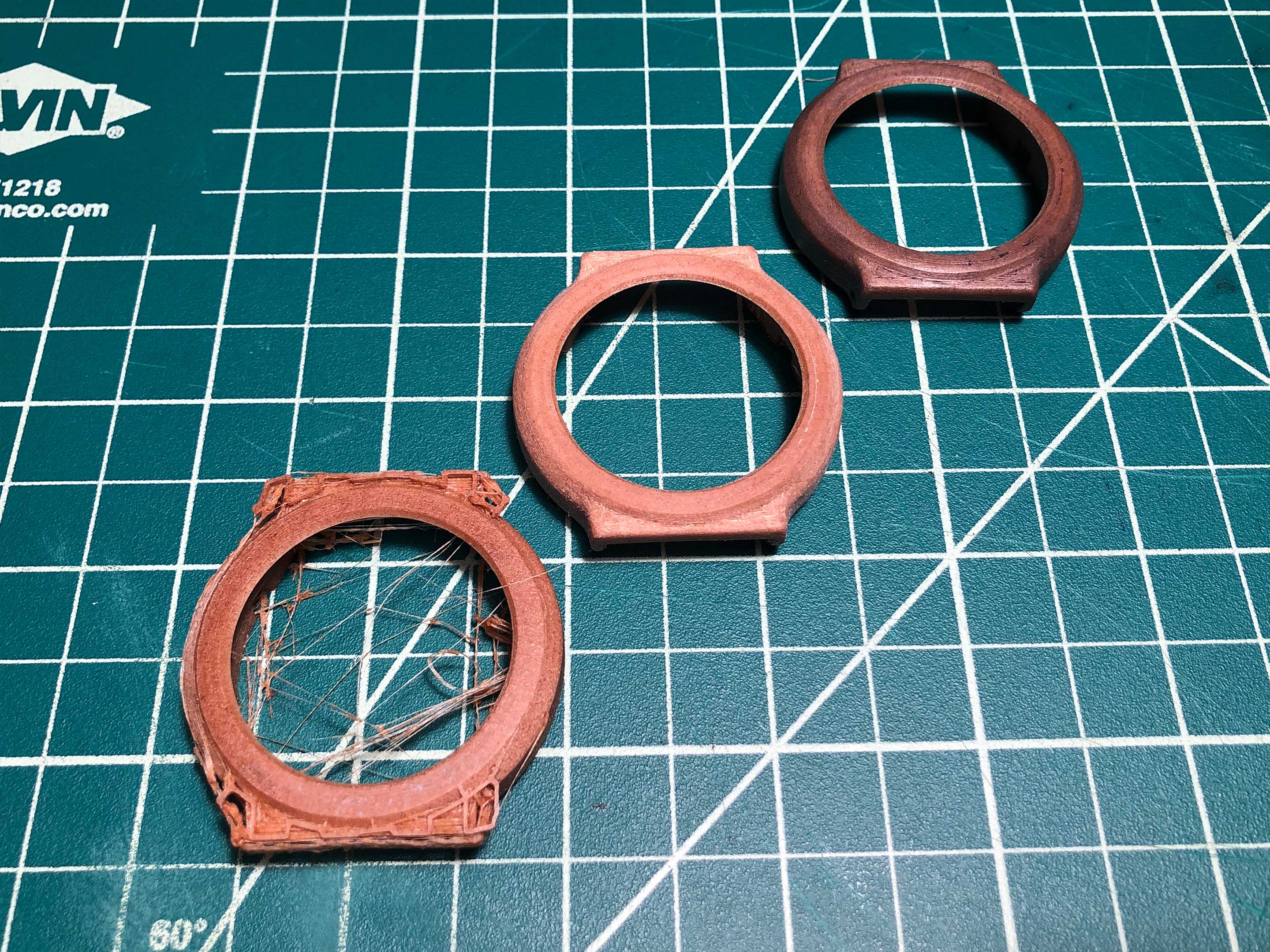 Additionally, March created a charging cradle similar to what comes with most smartwatches.

Despite all this, March notes there are some issues. For one, the watch isn’t waterproof. Further, the woodfill casing needs a lot of grinding work since it doesn’t come out of the printer in great condition. Finally, the watch only works with iOS, as March uses an iPhone. 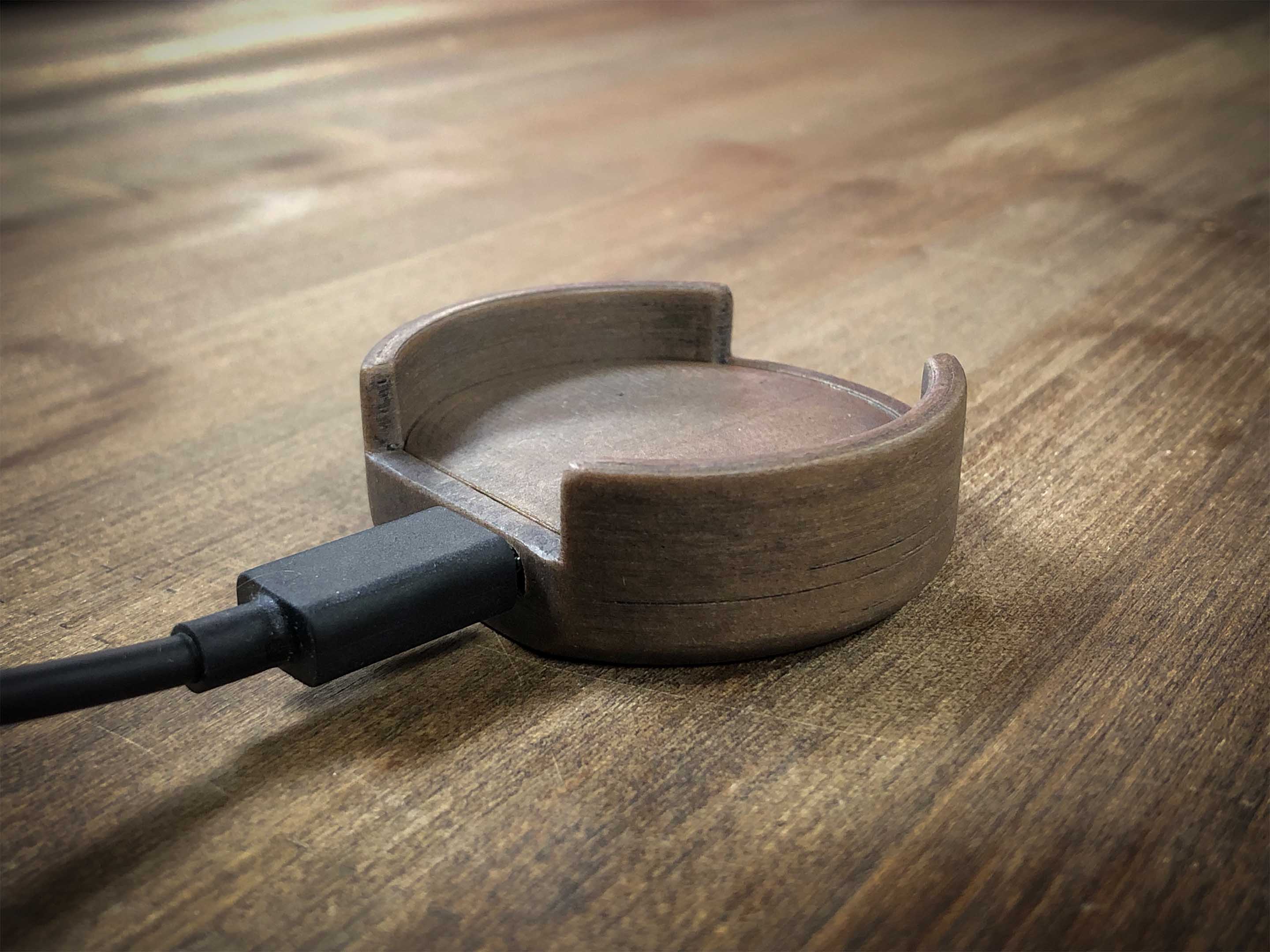 March also hinted that he might consider mass-producing the watches, but hasn’t decided. He has, however, made the project open source so anyone with the capability can build their own watch too.