At this point, will we ever know?

Google often shares its Android distribution numbers to let developers and users know how many people are running each version of its mobile operating system, but since last October the tech giant hasn’t shared any new data.

That means that we don’t know how many users have actually updated to Android 9 pie, or even recent numbers for Oreo for that matter.

The last bit of information the Search giant shared was on October 26th, 2018, where Google stated that 21.5 percent of Android users were running Oreo, 28.2 were on Nouget, and 21.3 percent were running Marshmellow. 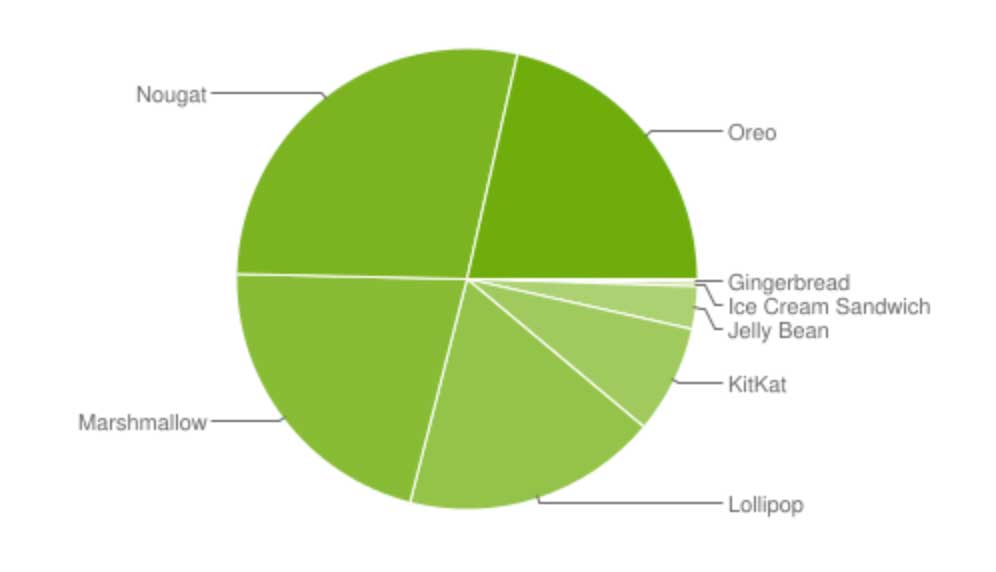 Android Pie came out on August 6th of 2018, so it’s been a while since Google stopped updating the dashboard. On top of this, the first few beta versions of Android Q are even out now.

This poses a couple of other questions. What version of Android is the most popular right now and how many users are running Android 9?

We’ve reached out to Google for more information, but since the company hasn’t updated its own charts in five months, it’s hard to say if we’ll get a response.

It’s possible Google could have plans to share updated Android distribution numbers at I/O 2019, so for now, we wait.