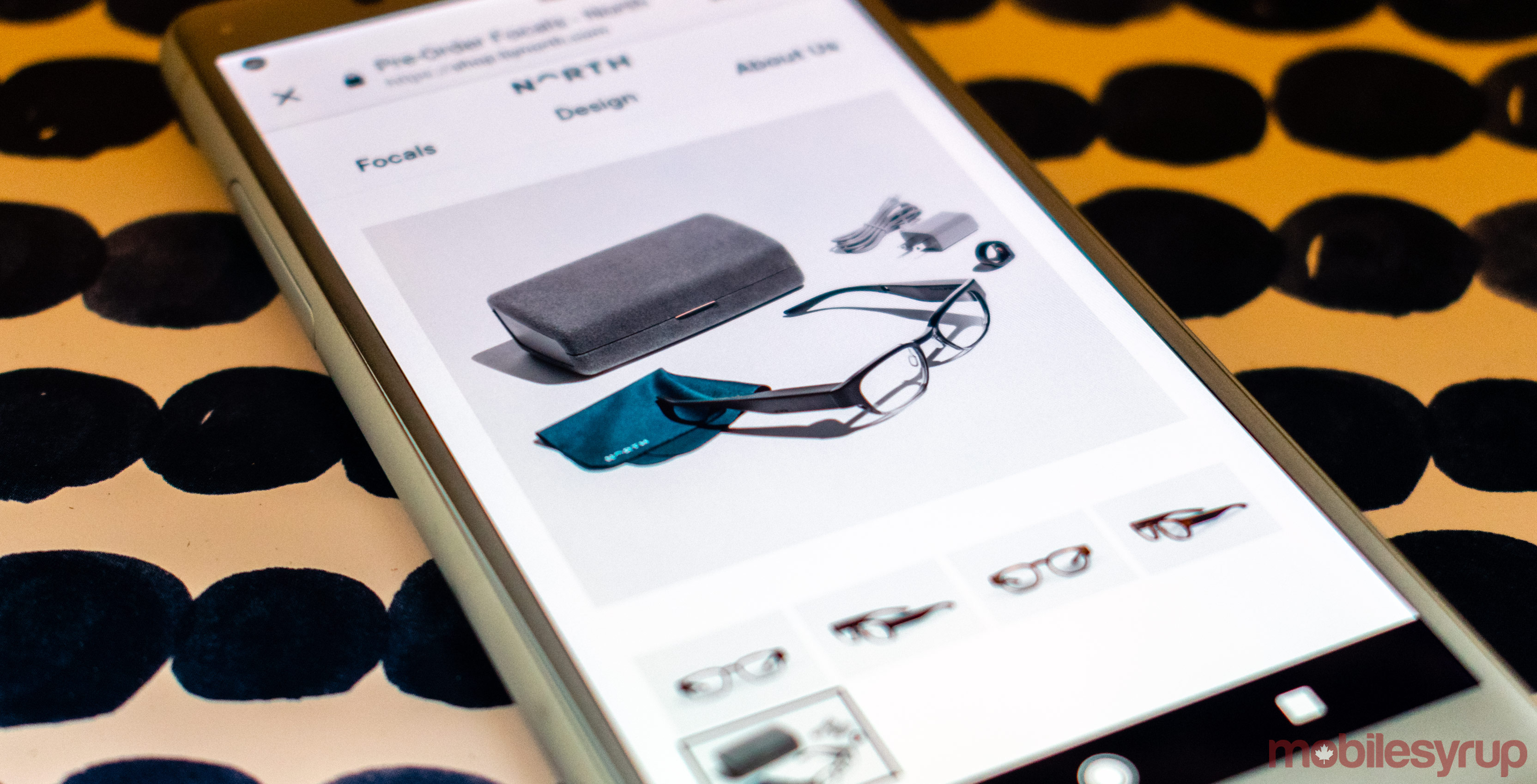 Waterloo-based Thalmic Labs — the company behind the Myo gesture control armband — has formally rebranded as ‘North,’ unveiling a pair of augmented reality smart glasses dubbed ‘Focals’ in the process.

Thalmic Labs co-founder and CEO Stephen Lake used an October 23rd, 2018 North media release to explain that Focals are a pair of “stylish smart glasses with a transparent, full-colour display that connects you to the things you care about.”

The glasses come in ‘Round’ and ‘Classic’ variants and North said that each pair of Focals is manufactured at a facility in Ontario, Canada “to ensure the highest quality.”

In addition to including a projector that powers the Focals heads-up display, each frame contains a small speaker that users can turn on or off.

A built-in microphone also allows users to respond to messages through speech-t0-text software.

“We painstakingly crafted an aesthetic for Focals that was bold enough to make a statement, but discreet enough for everyday wear,” said Lake, in the same October 23rd media release.

“We built in vision correction to every pair (assuming you need it), and are offering thousands of different colors, styles and size combinations to choose from.”

At launch, users will be able to use the glasses for text messaging, checking their calendars, turn-by-turn navigation, weather, Amazon Alexa and ordering Uber rides.

“We intentionally chose to build experiences that were made to take out into the world with you, beyond the confines of your living room,” said Lake.

Lake added that Focals were designed “to be off,” allowing users to complete their digital interactions with the smart glasses between five to 15 seconds.

It’s worth noting that there is no Focals app store or support from third-party developers just yet.

However, the Financial Post reports that North was able to generate approximately $140 million USD (roughly $183.35 million CAD) in investor support.

North reportedly also counts U.S.-based e-commerce giant Amazon as one of its investors.

As a means of added user input, each pair of Focals comes with a ring-sized, four-directional ‘Loop’ joystick that allows users to control and interact with the smart glasses.

“Loop is exquisitely crafted from stainless steel and polished plastic, embodying lasting style and intuitive function,” reads an excerpt from the North website.

“Taking its unique design from architectural inspirations, Loop puts power at your fingertips, allowing you to effortlessly interact with Focals at the click of a button.”

According to North, prescription lenses are “coming soon.”

North plans on selling Focals at showrooms at 179 Court Street in Brooklyn’s Cobble Hill neighbourhood, as well as at 113 Ossington Avenue in Toronto’s Ossington neighbourhood.

Users can visit the North website to sign up for a fitting appointment at one of the company’s physical locations.

Once North manufactures a pair of Focals to customer specifications, customers will need to return to the same showroom to pick-up their smart glasses.

A licensed optician will also be present to perform any necessary final adjustments.

The company plans on launchings its showrooms in November 2018.