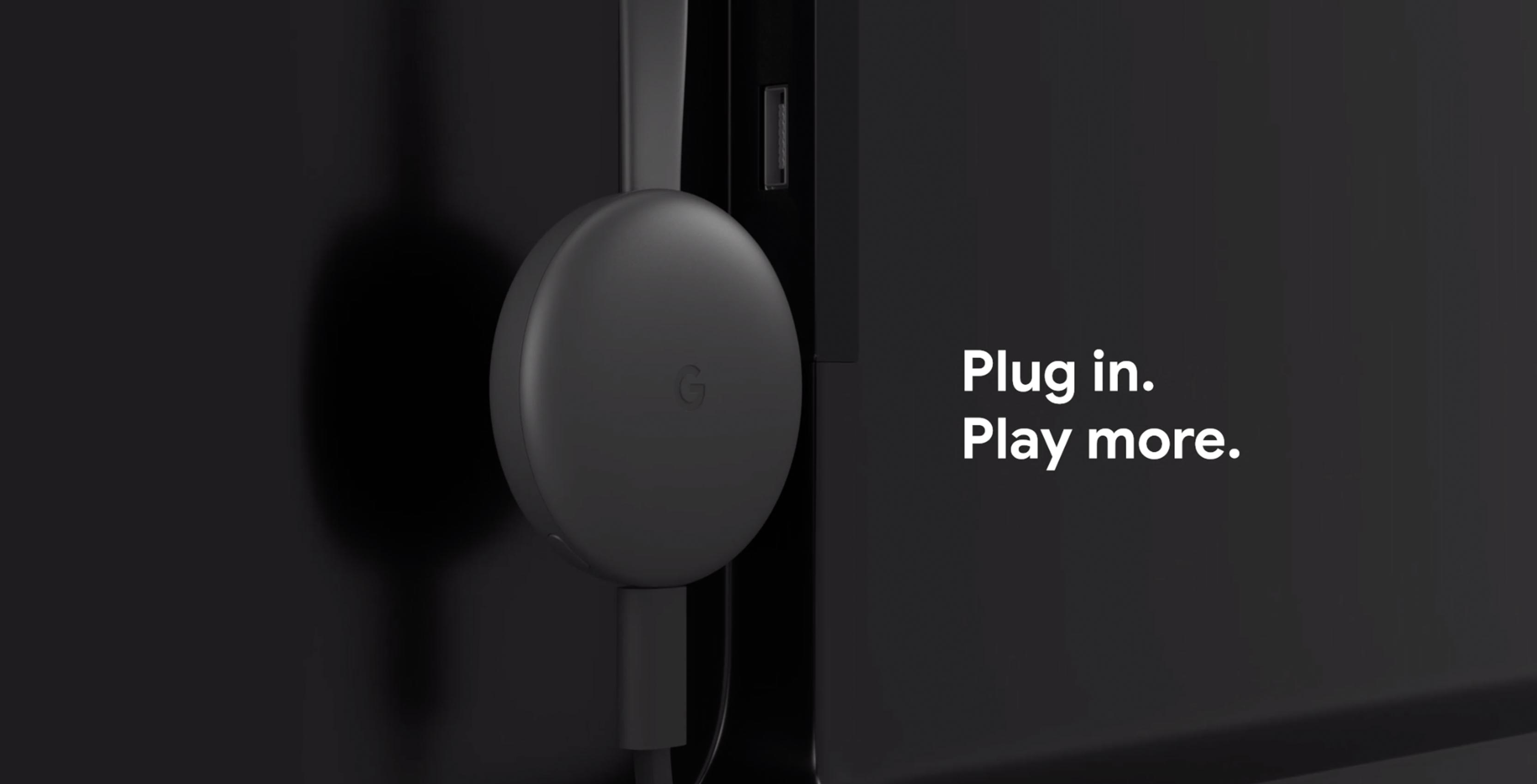 At Google’s fall hardware event, the search giant revealed its next-generation hardware, and in terms of Google’s video streaming devices, the Google Chromecast has received a slight design refresh.

The new version of the Chromecast replaces the glossy plastic disc with a more soft-touch looking circle that reminds me of the rear of the Nexus 5.

The device’s spec sheets states that the Chromecast comes in ‘Charcoal’ and ‘Chalk’ colours to match Google’s Home line of devices. That said, so far Google has only given users the option to buy the new Chromecast in Charcoal. MobileSyrup has reached out to Google to see if the Chalk variant is coming to Canada.

Besides the new colour and material, the new device is more or less the same as the existing Chromecast, with the only change being that it’s now capable of playing 1080p content at 60FPS instead of capping at the frame rate at 30FPS.

It appears that Google is not updating its more expensive 4K Chromecast Ultra or the Chromecast Audio.

The new Chrome cast is priced at $45 CAD and is available to order now.