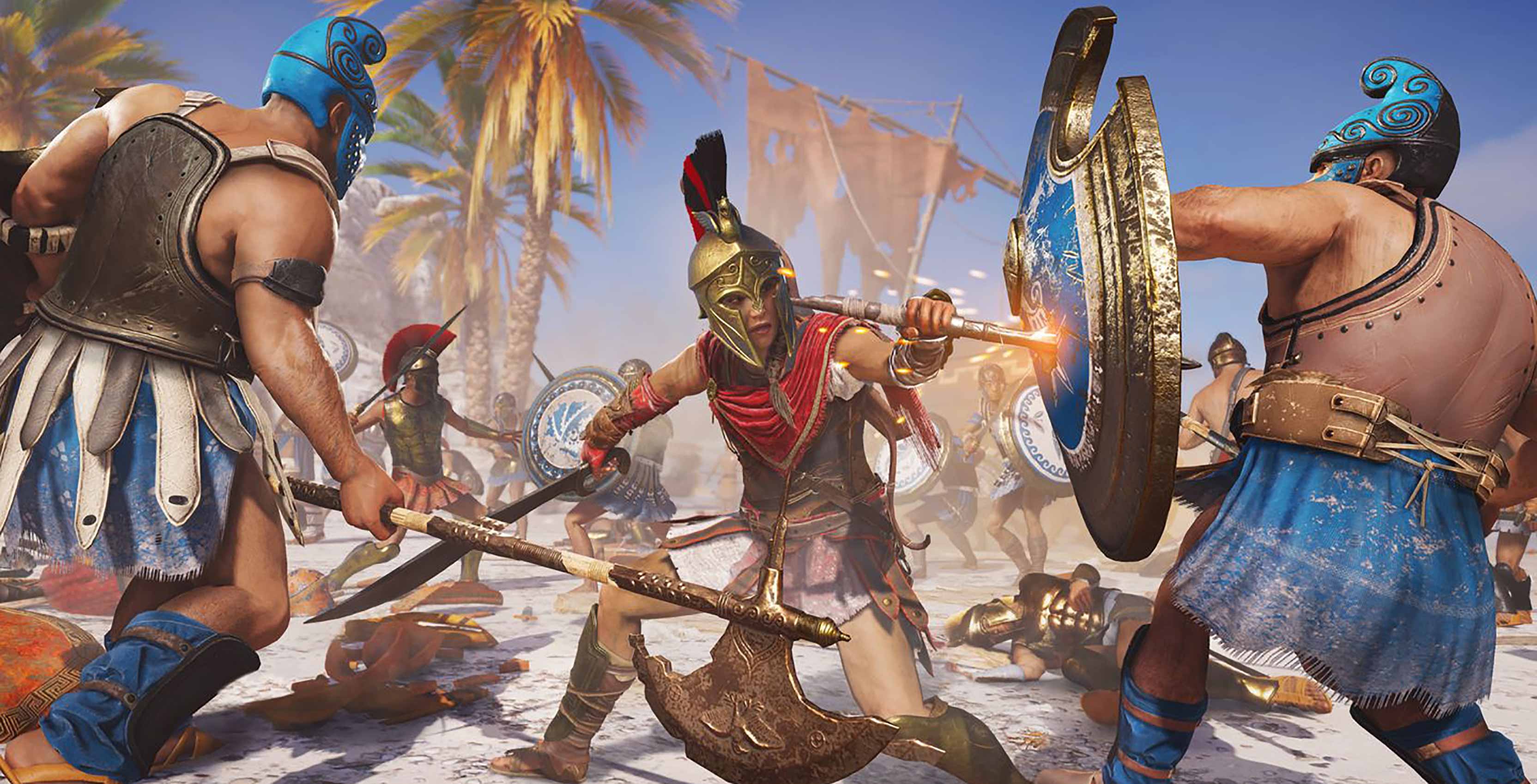 From a narrative perspective, Ubisoft Quebec’s Assassin’s Creed Odyssey is perhaps the most ambitious entry in the ever-popular Canadian action-adventure series.

The 431 BC Ancient Greece-set Odyssey lets you choose to play as either a male (Alexios) or female (Kassandra) protagonist — a first for the franchise. The closest the series has come to this before is in Ubisoft Quebec’s previous Assassin’s Creed game, 2015’s Victorian England-set Syndicate, which featured brother and sister protagonists that you’d have to switch between as the story demanded.

Also notable with Alexios and Kassandra’s story is the fact that they lived hundreds of years before the Brotherhood of Assassins ever came to be, making Odyssey‘s story less about centuries-spanning conflicts and more about the struggles of its lead characters. Things get even more personal in Odyssey thanks to the series’ first-ever dialogue system, where the choices you make directly impact the outcome of certain events. 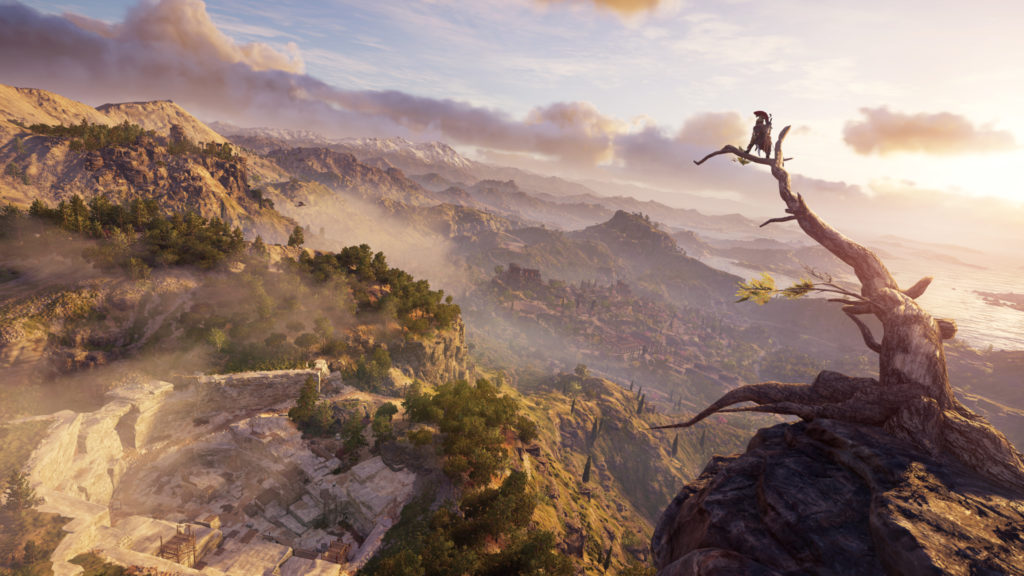 To better understand what went into taking all of these different approaches to storytelling, MobileSyrup sat down with Melissa MacCoubrey, narrative director on Assassin’s Creed Odyssey, at the game’s launch event in Toronto.

Question: The story in Assassin’s Creed Odyssey, perhaps more than ever, seems to deviate from the larger narrative about the Assassins-Templar conflict in both the past and present. Was this a conscious decision, and if so, what was the goal behind doing so?

Melissa MacCoubrey: I wouldn’t necessarily say we deviate from it, I just think it’s not as necessarily black-and-white as we’re used to seeing it. It was always very much on my mind that we were making a game that takes place 400 years before [Assassin’s Creed] Origins and the establishment of the Brotherhood and the Creed and all of that.

I really wanted to look at how those ideologies make up the lore we know today and where they can come from. I’m really excited for players to dig a little deeper into where those ideologies come into play because we make some pretty interesting decisions about how those manifest in the history we’re playing in. 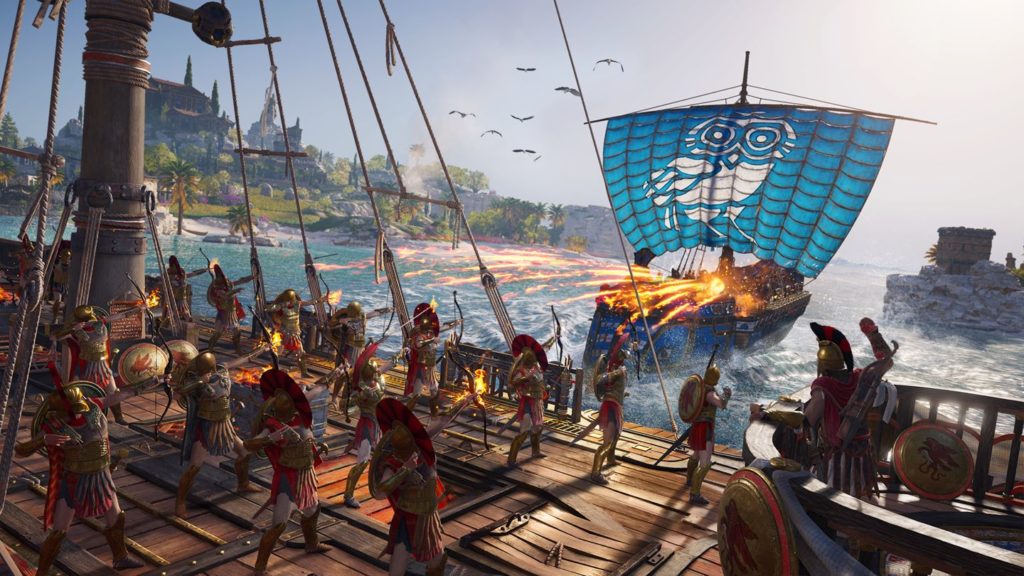 Q: On the subject of making interesting decisions, this is the first game in the series to let players choose to play as either a male or female protagonist, as well as make their own dialogue choices. What were some of the challenges in giving players that greater freedom while also trying to stay historically accurate?

MacCoubrey: We knew that we were basing it in a certain moment of history but still very much making a game that we want people to have fun in. There wasn’t actually a huge challenge. I think the biggest challenge with the two characters would be for the animation director because we worked with both of the actors in the motion-capture studio and used data from both of them.

For the writing, it came very naturally to be able to tell a story about a person, because that’s what it is. Assassin’s Creed Odyssey is a story about a person trying to find their family and try to reconnect with them. That kind of transcends gender in a way. We wanted you to be able to make those choices for yourselves, and if we were going to have choices throughout the game, it made perfect sense to then have choices about who you were going to play. 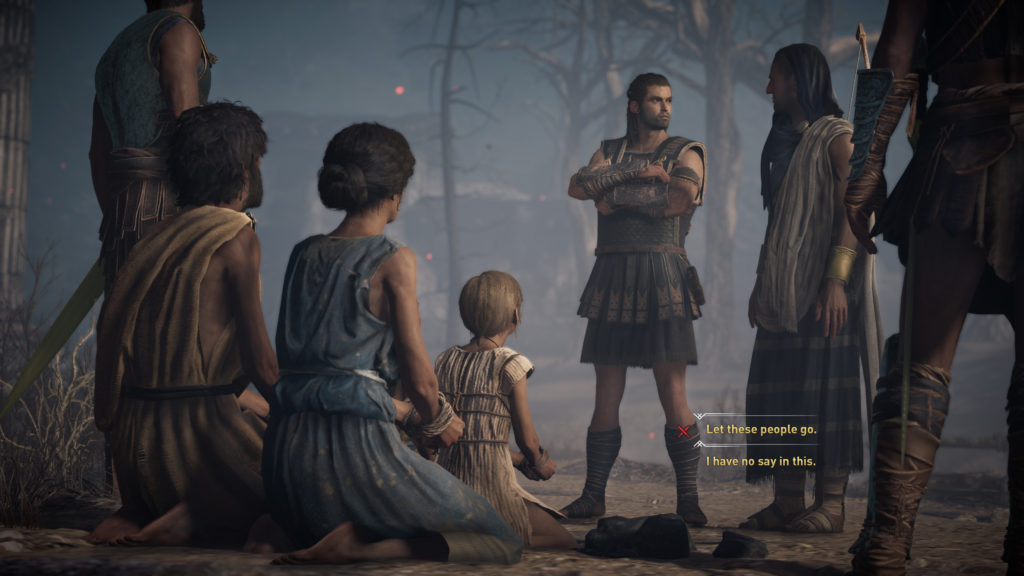 We want people to connect and resonate with this story and all of the stories in the game and I think in order to do that, you need to be able to connect with the character that you’re playing. If that means giving someone an option then that’s fine.

Q: Once you’d settled on that premise and the Ancient Greece setting, what were some of the sources of inspiration you looked to when designing the finer details of the story and characters?

MacCoubrey: In terms of stories and how we were designing the characters, we took huge inspiration from the works that existed at the time. Because there is a wealth of plays, there is a lot of historical writing and it’s very political opinionated stuff. There are the myths that were told throughout oral history. There are so many different things to look at. 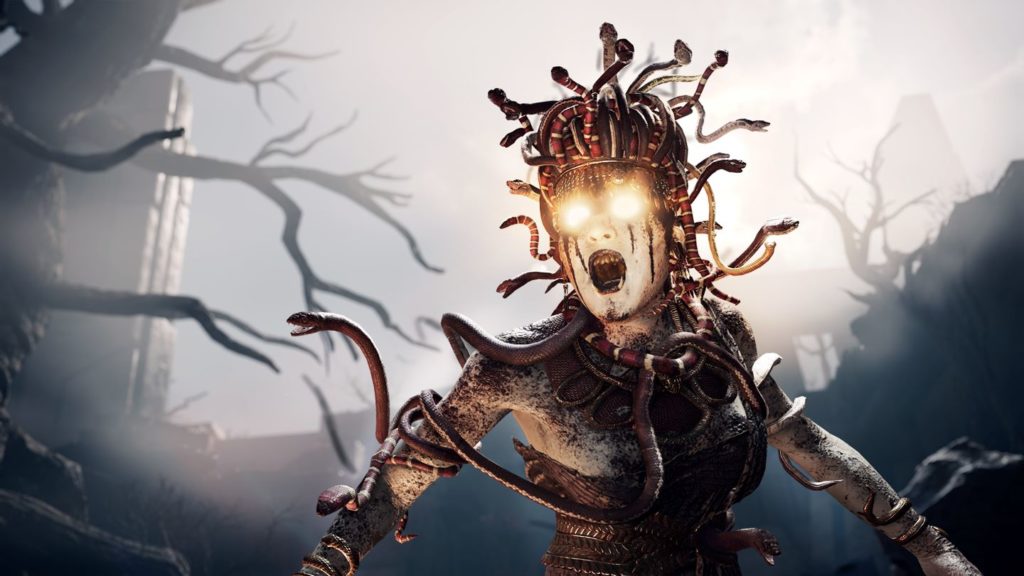 We obviously looked at the Odyssey, we took a lot of inspiration for the tone of the game for all these different stories, like Oedipus Rex, this king whose city has succumbed to the plague and it might be his fault because he might have killed his biological dad and slept with his biological mom and there might be kids involved and it’s very messy. Spoiler alert! [laughs]

You know, it’s very, very tragic. But a lot of AAA games take themselves, I think, a little too seriously and we wanted to lighten that up. We’ve got the opposite of that. There were a lot of comedies at the time as well, like Aristophanes’ Lysistrata, which is a great play rife with sexual tension, I highly recommend you read it. [laughs]

There were a lot of myths and historical writings that we looked at, which were huge inspirations. We wanted to emulate a lot of those stories people would have told in that world but also make characters that were impacted by these stories and relate to these stories so hard that they think it’s them. We also wanted to dabble in the extraordinary through our ties to the First Civilization. 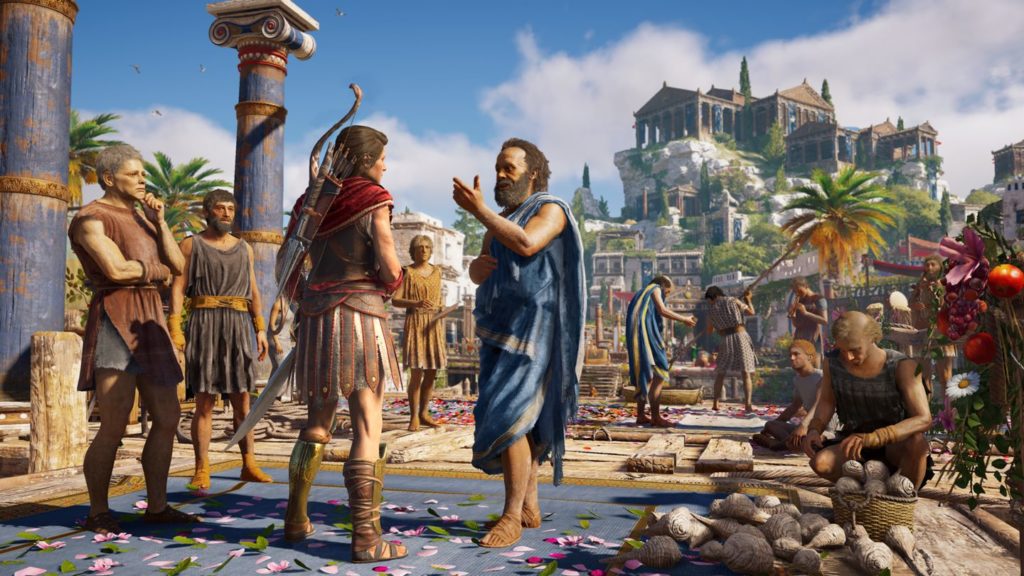 Q: Given how all of this research informs the development process, what are some of the ways you try to approach scenarios with historical figures like Socrates, especially in the context of story choices?

We also wanted him to be very invasive in the situations in which you would communicate with him. He’s not just someone who has a quest where you’d have to go ‘kill a boar.’ You’ll be doing something and all of a sudden Socrates is there and he says ‘Was that the right decision?’ You might go ‘I don’t know if I want to debate you or punch you in the face right now but it’s one of the two.’ [laughs] That was always really exciting for us, how we were going to approach all of these characters individually, especially all of the big historical ones.

For more on Assassin’s Creed Odyssey, check out MobileSyrup‘s review of the game.