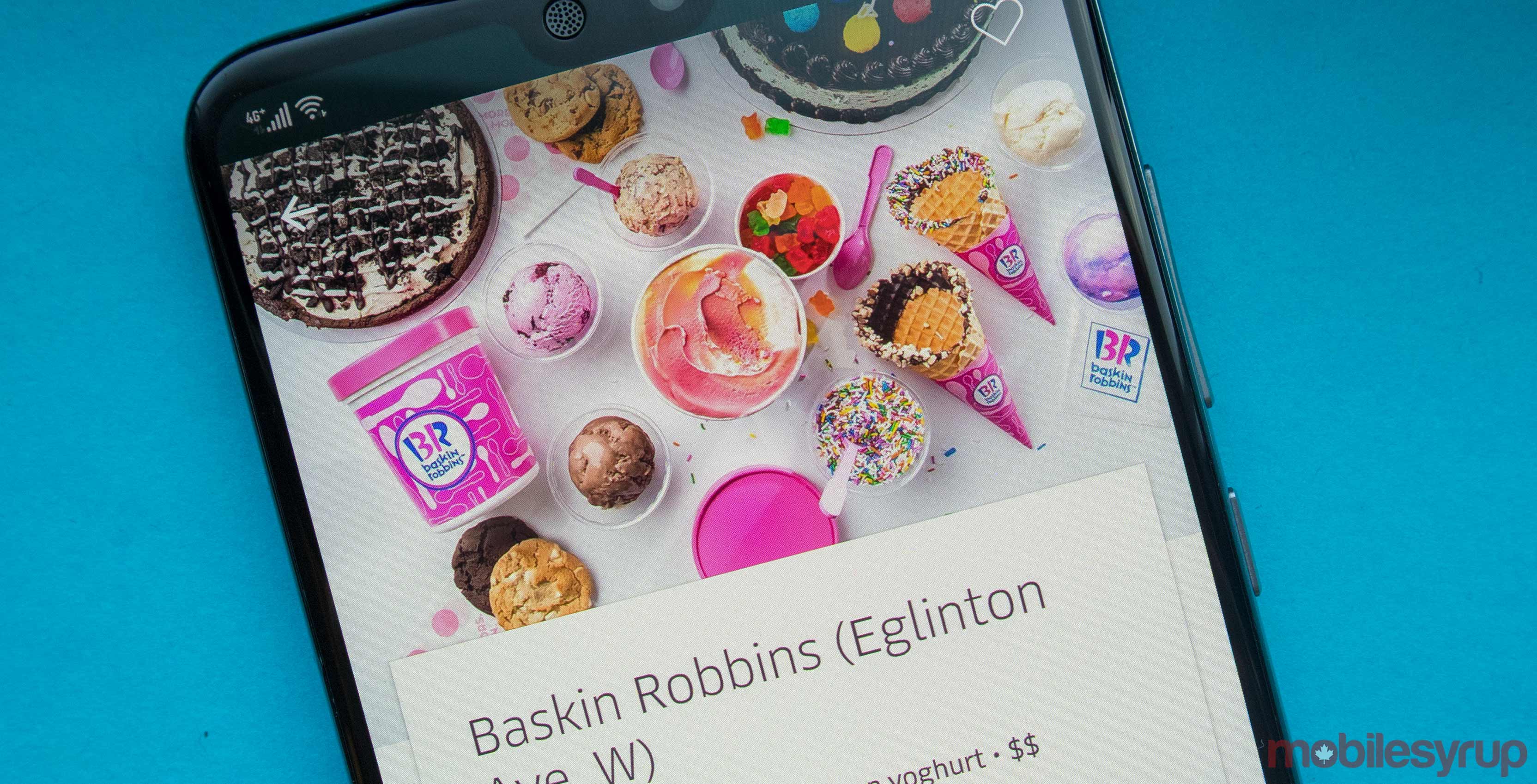 Just in time for the summer heat Baskin-Robbins is now delivering its ice cream treats through UberEats.

After a trial delivery period, Baskin-Robbins and UberEats launched their partnership as of July 4th, making the delivery service available in over 20 cities across Ontario to start with more on the way shortly.

A MobileSyrup reader has also pointed out that Baskin Robbins is delivering in Montreal so it seems like some cities outside of Ontario are starting to get this feature too.

UberEats is offering a promotion to celebrate the launch, called ‘Ice Cream Sundays.’ This promotion will net users $10 in savings if they order over $20 worth of ice cream on a Sunday. The promotion begins on July 8th and will last until July 29th.

Users will be able to order things tubs of ice cream, cakes, ice-cream pizzas and more all from the convenience of the UberEats app.