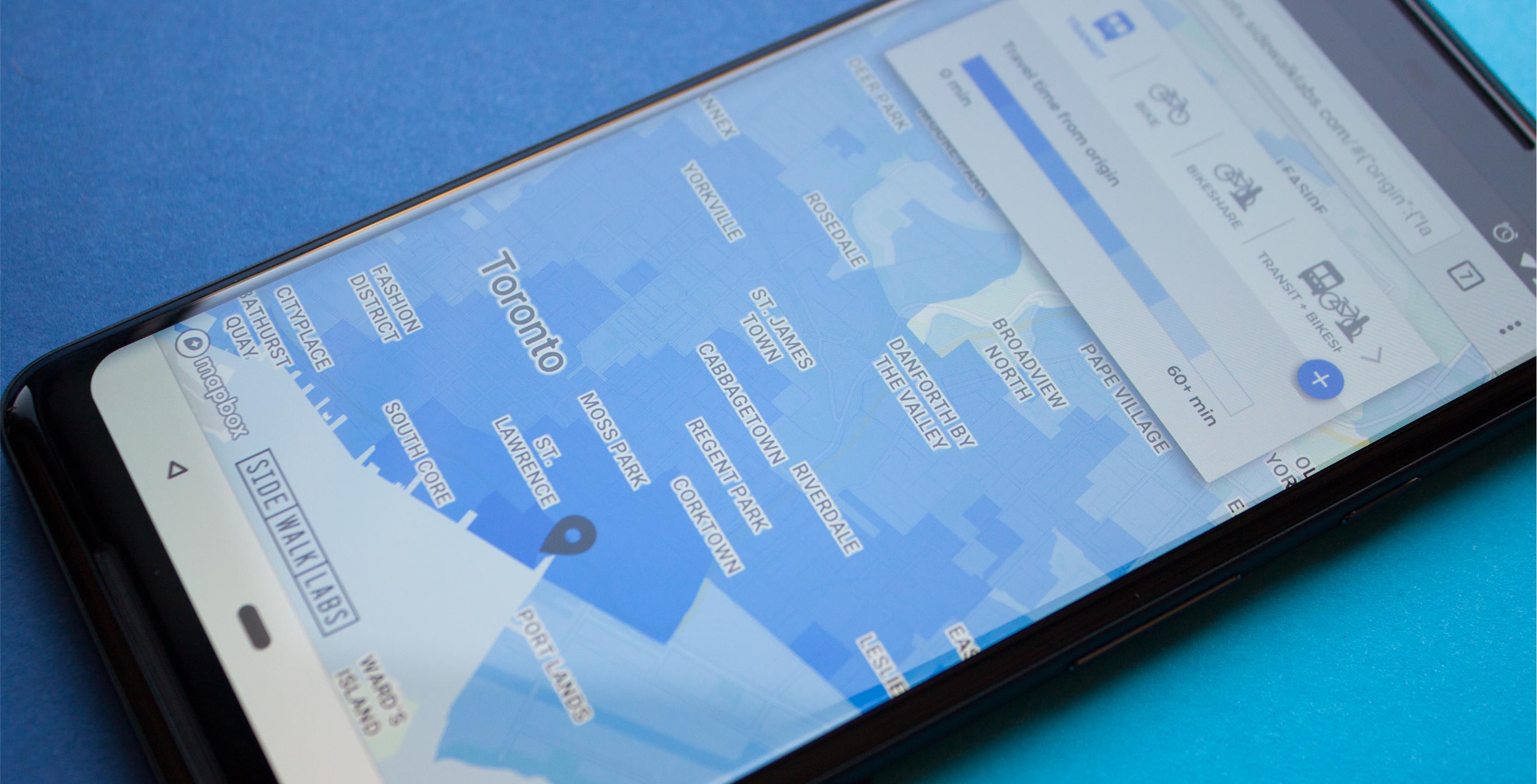 Sidewalk Labs announced the open source move through a May 16th, 2018 tweet. The tweet also included a link to the project’s Github page.

The Transit Explorer app was first shown off at Sidewalk Toronto’s first public roundtable in March 2018.

In keeping with our belief that @SidewalkToronto should embrace open digital infrastructure, we have made Toronto Transit Explorer fully open-sourced. If you're a researcher, civic hacker, or local developer, check out our R5 fork on Github! https://t.co/mbDnkii9Dy pic.twitter.com/v79GjhUNUY

The web app, available both on desktop and mobile, pulls data from various open data sources to create an interactive map of transit in Toronto.

Sidewalk Labs also encourages developers to play around with the code and see what they can do with it, similar to its Old Toronto project.

The Transit Explorer app makes it easy to see how accessible specific areas in Toronto are using various forms of transit, from bikes to buses. The app also features a compare mode that lets users compare, for example, whether a place is easier to travel to by bike or bus.

Its good to see Sidewalk Labs embracing this open mindset and making these projects available for local developers to work with. Projects like these have a lot of potential and it’ll be exciting to see what comes from them.

That being said, data privacy was the big topic at the second Sidewalk Toronto roundtable. As interesting as these projects are, it’s important to keep those data concerns at the forefront. Open access to transit data is beneficial, but not all data should be so readily available.

You can check out the Toronto Transit Explorer for yourself here.