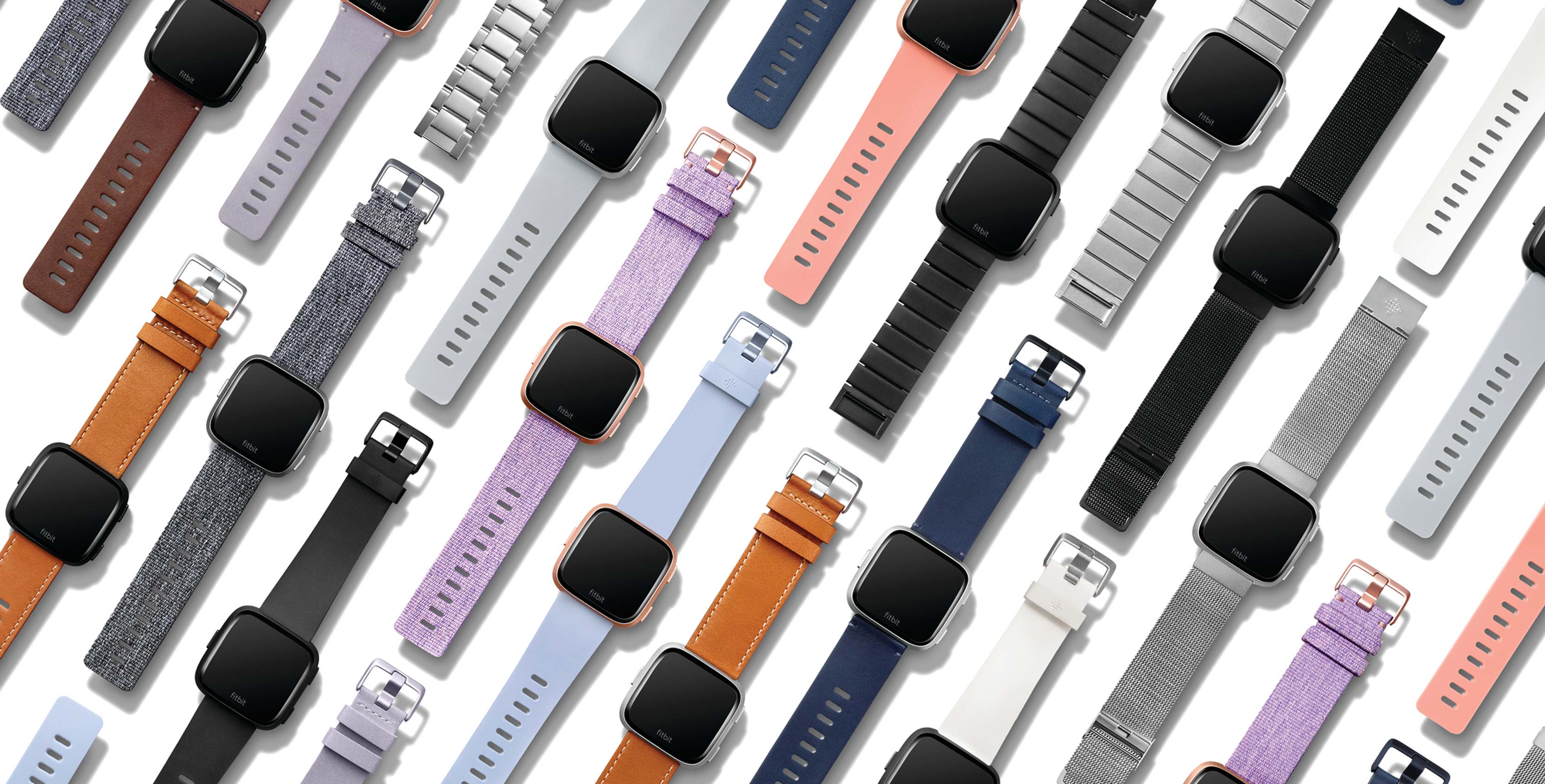 After its first two smartwatches were met with middling sales, Fitbit is hoping it’s true what they say about third attempts.

The company has announced its new Versa smartwatch, a device it calls “the smartwatch for all.”

Featuring a new, less square design, Versa attempts to bring many — though not all — of Ionic’s advanced fitness-focused features into a more affordable and attractive package. 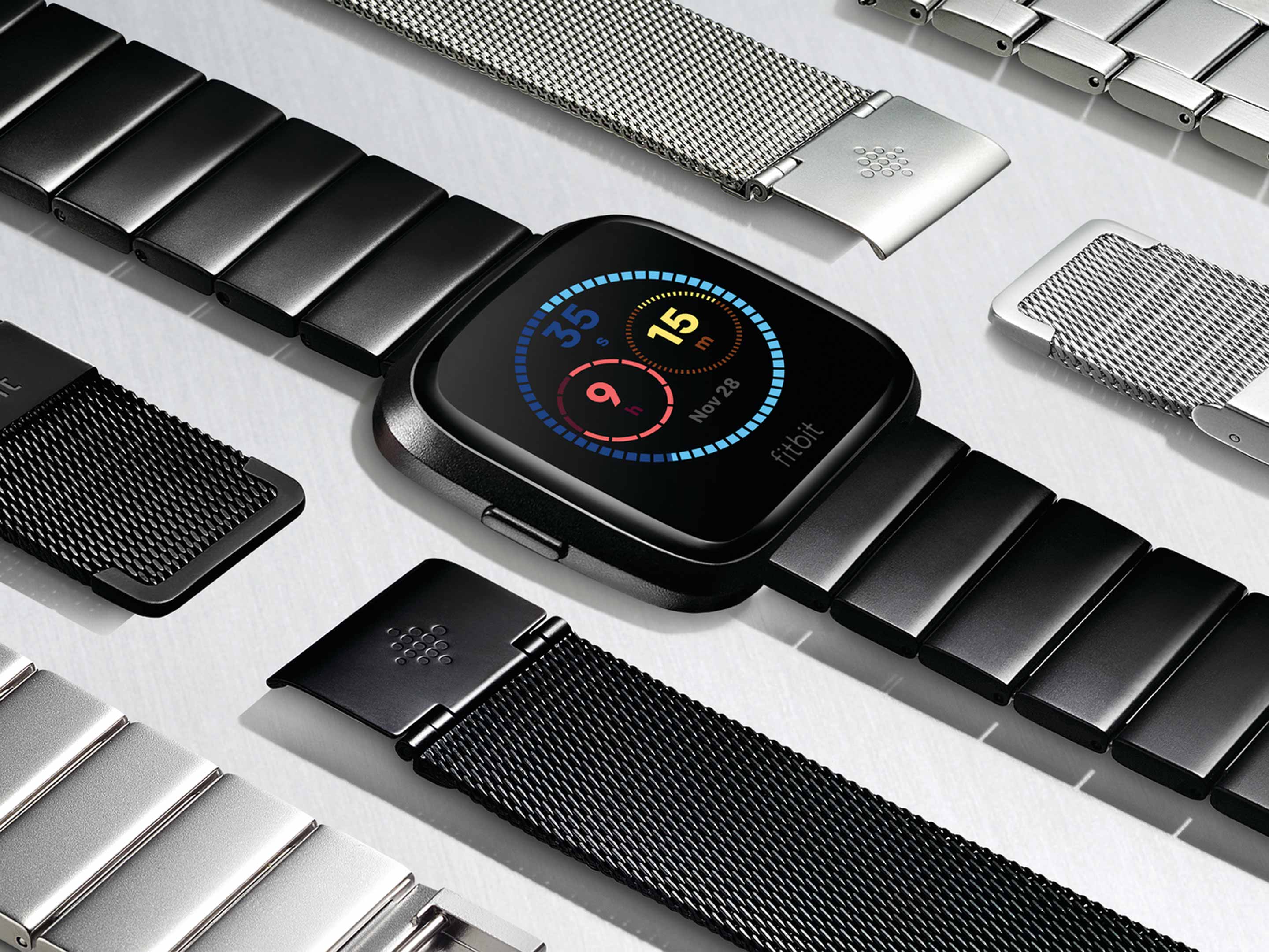 At first glance, the most notable difference between the two smartwatches is Versa’s design. While not quite circular, Versa’s form factor — which Fitbit’s vice-president of design Jonah Becker humorously described as a ‘squircle’– abandons the angular look of the company’s past wearables.

Moreover, according to Fitbit, Versa will be the lightest metal smartphone in the U.S. (and likely Canada) when it ships later this year. The device’s casing is fabricated from C&C aluminum. At launch, the smartwatch will be available in three different colours (black, silver and rose gold), with two special edition models offering even more choice (and an extra feature).

Additionally, as it did with Ionic, Fitbit will offer a variety different bands with which Versa owners will be able to customize their smartwatch.

To start, the company will offer a ‘classic’ band in five different colours — peach, gray, black, periwinkle and white. These bands, according to the company, are sweat and stain resistant, as well as swim-ready. 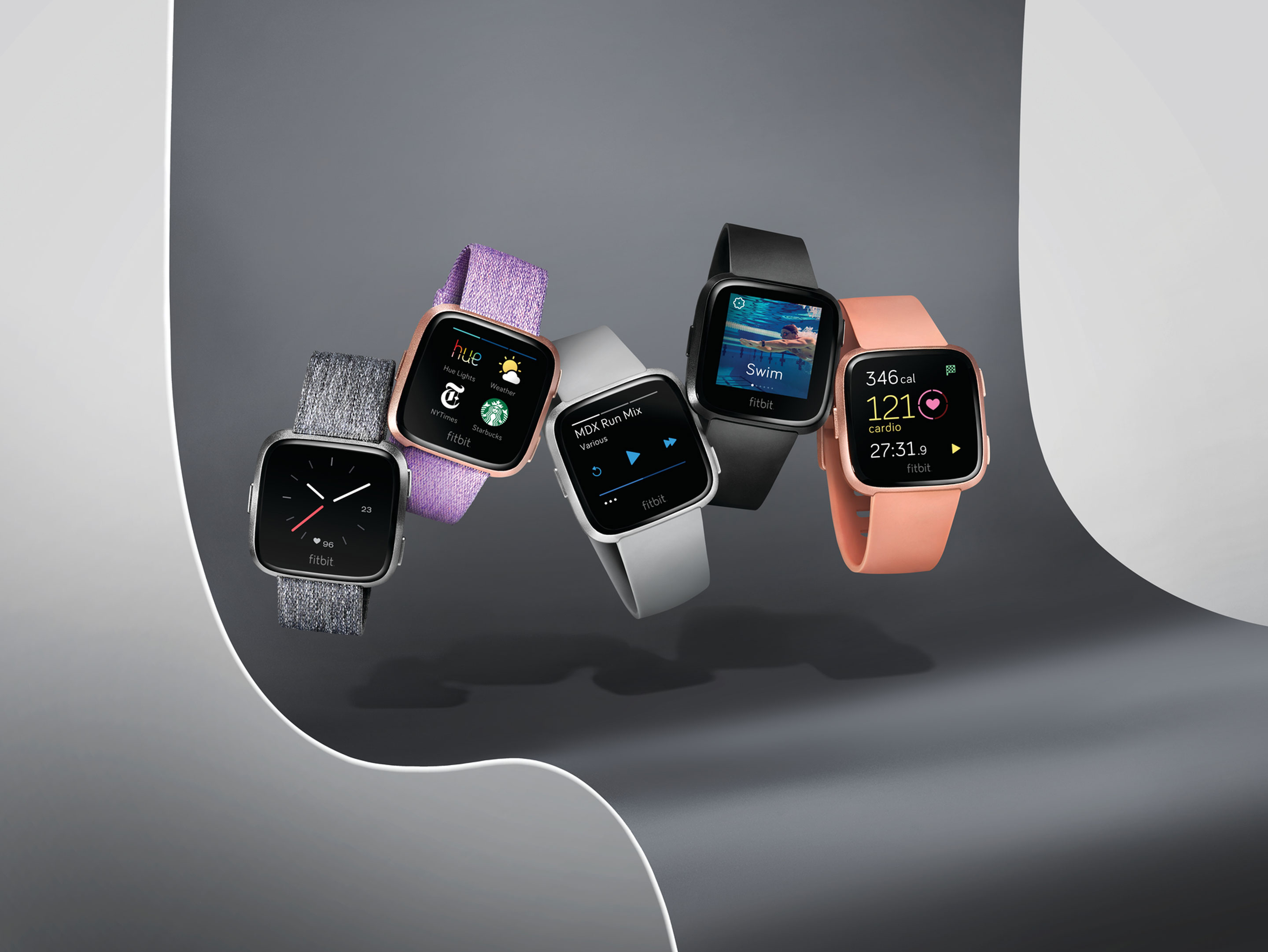 Also available will be three different leather bands in ‘cognac brown’,’ ‘midnight blue’ and lavender; three stainless steel bands in black, silver and tapered silver; and two metal mesh bands in black and silver. Lastly, the special edition models will come with their own exclusive bands.

While Fitbit was quick to champion just how much Versa owners will be able to customize their smartwatch with the variety of different bands the company plans to launch later this year, it’s important to note that the options aren’t endless.

Unlike a traditional watch and even some smartwatches like the Moto 360 which feature lugs, Versa uses Fitbit’s own clasp system, limiting band choices to just what the company plans to offer over the course of the device’s product cycle.

Elsewhere, Versa offers many of the features that were available on Ionic, with a couple of notable exceptions.

The most notable missing feature is standalone GPS.

Like with the company’s Charge 2 tracker, Versa will be able to pull GPS data from the user’s smartphone. Of course, that means Versa users won’t be able to leave their smartphone at home if they plan to go for a run.

Moreover, in a strange move, Fitbit Pay — the company’s mobile payments platform, which launched in Canada with support for RBC credit cards and later added support for Capital One credit cards as well — is only available in North America on the more expensive special edition models. By contrast, in Europe and Asia, Fitbit Pay is available on all base models.

For what it’s worth, Fitbit justified the move by saying consumer adoption of mobile payments has been a lot faster outside of North America. It’s unfortunate reasoning since, compared to their peers south of the border, the majority of Canadian merchants have the necessary equipment to support the platform. 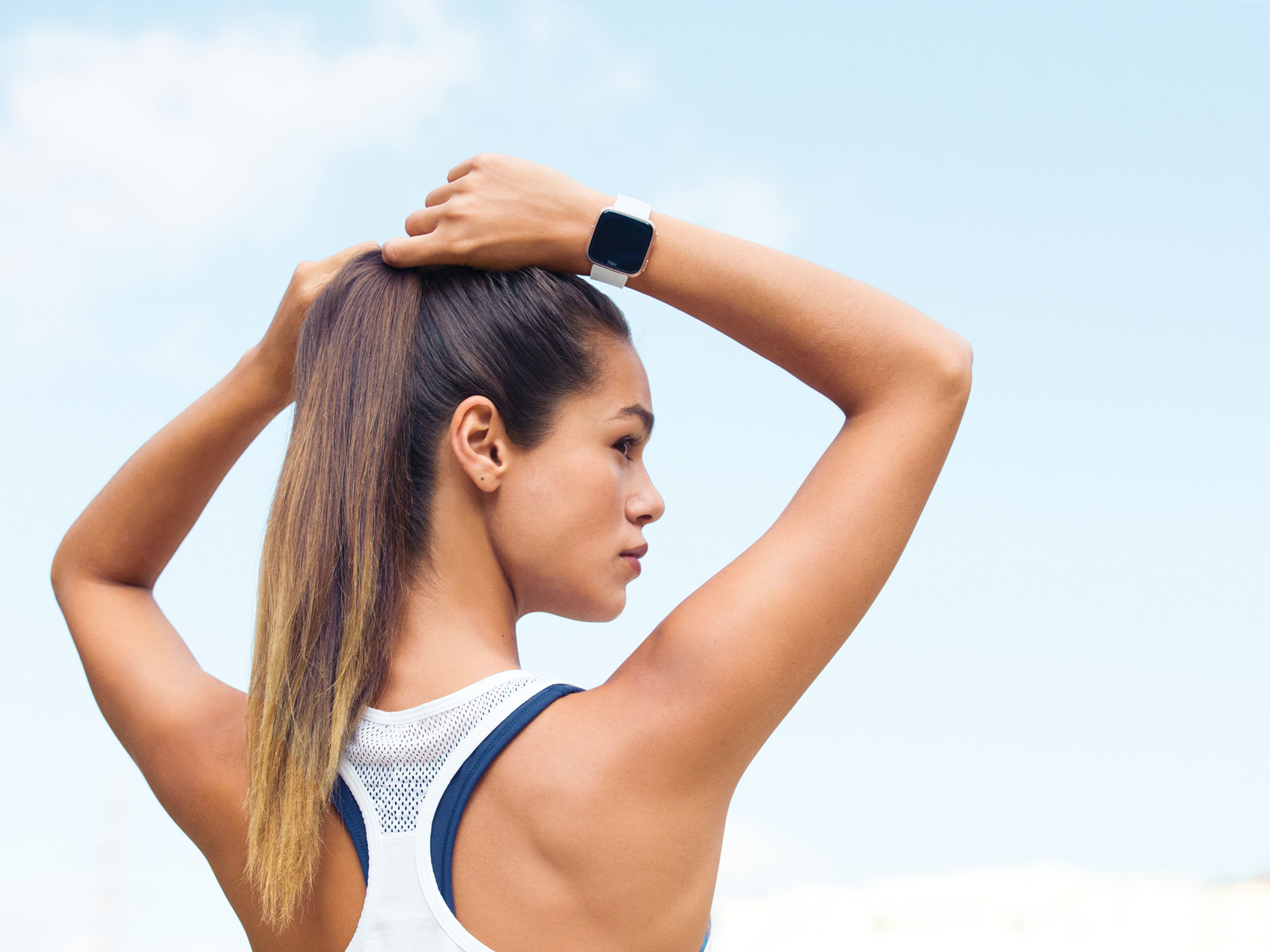 That said, like Ionic, Versa features a full-colour display capable of 1,000 nits of brightness. It’s also waterproof up to a depth of 50 metres, and can sustain four-plus days of continuous operation on a single battery charge. Additionally, Versa includes dedicated music storage, with enough space for 300 plus songs, as well Bluetooth connectivity for use with wireless headphones.

Speaking of music, Fitbit also announced that it has partnered with Deezer to bring the streaming platform to its smartwatches. At least in the U.S., Deezer will offer a free three-month trial to Fitbit users.

On the software front, Versa’s major new feature is a new dashboard that puts more information at glance — like Ionic, Versa runs on the company’s proprietary Fitbit OS operating system. According to the company, more of the information that users had to pull out their smartphone to check will now be glanceable via Versa’s main interface.

Another major new feature, coming to both Versa and Ionic, via an update to the company’s mobile app, is female health tracking.

Moving forward, female Fitbit users will be able to log their menstrual cycles, as well as any symptoms they may experience during them. The Fitbit app and Versa smartwatch will use this data to predict when users can expect their next period. By the same measure, the two will also use this data to tell the user how far along they are in their current cycle. Moving forward, Fitbit says it may even be able to use this data to provide more holistic insights, such as how sleep and exercise might affect the user’s period.

Female health tracking will be available to Fitbit app users on iOS first starting in May 2018, with an Android release to follow “shortly after.” 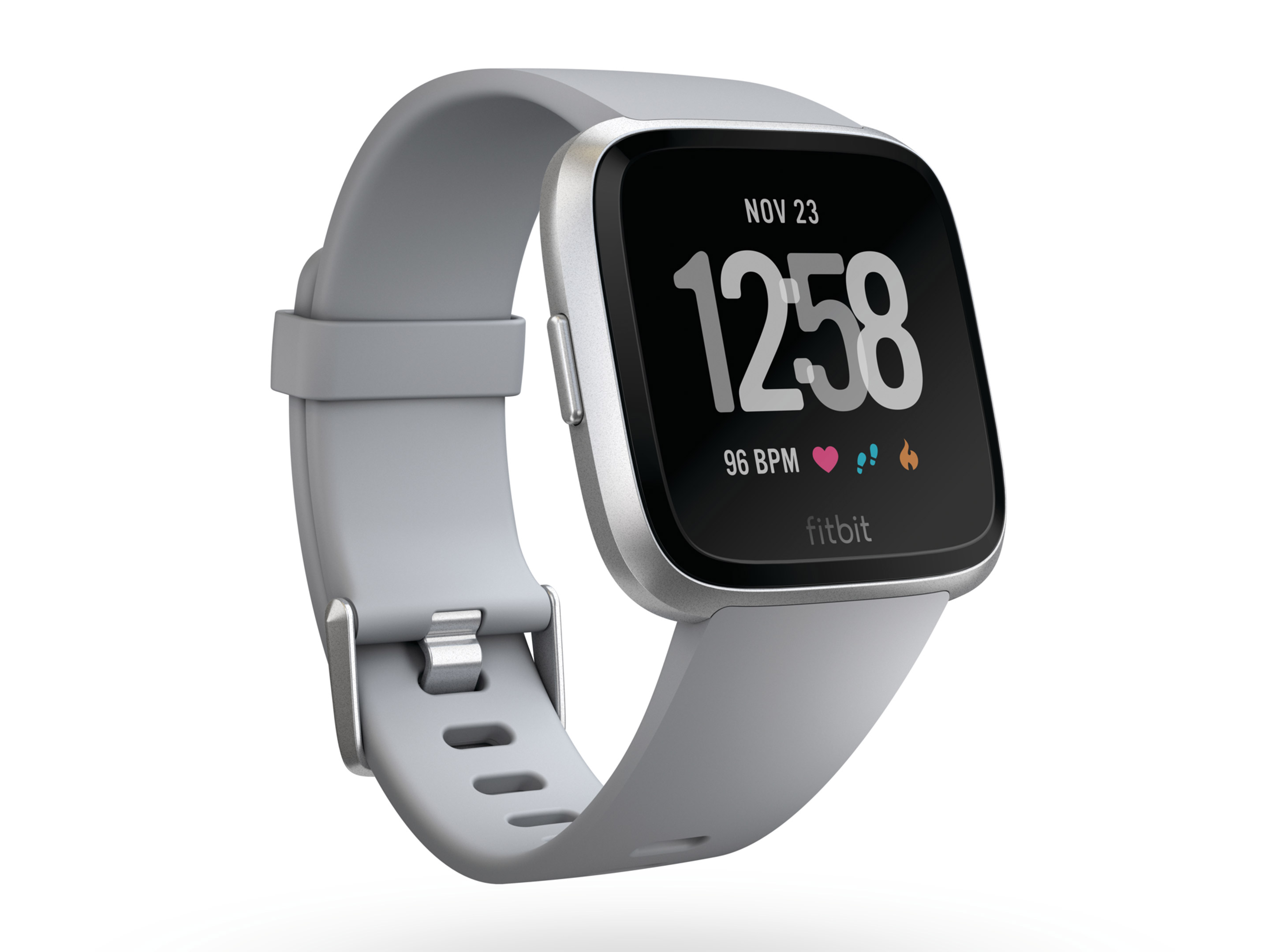 “Female health tracking will empower women with a greater understanding of their menstrual cycles in conjunction with their physical and mental health, as they start to recognize what are normal trends over time versus what could be an issue to share with their doctor,” said Dr. Katharine White, one of the researchers Fitbit worked with to develop its female health tracking feature, in a March 13th press release.

Other software features like all-day heart rate tracking, Fitbit Coach, access to the company’s App Gallery marketplace, as well as sleep tracking will all be available on Versa. At some point after launch, Android users will also be able to use their Versa smartwatch to send canned replies to any SMS messages they receive. 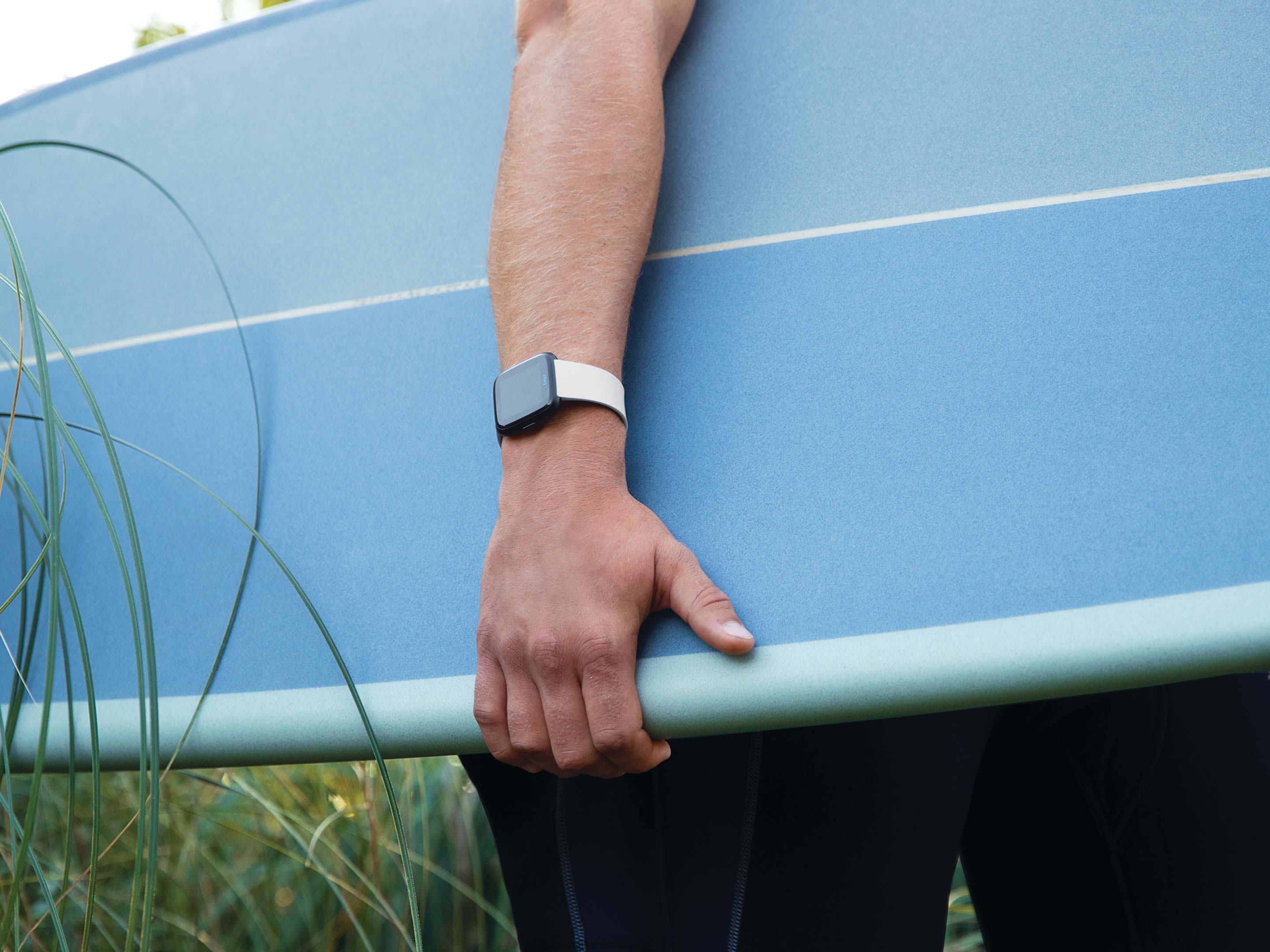 Fitbit will start shipping Versa to Canadian customers next month. A variety of major Canadian retailers, including Amazon.ca, Best Buy, London Drugs, The Source and SportChek, will all carry Versa.

Stay tuned to MobileSyrup for a review of Fitbit Versa.