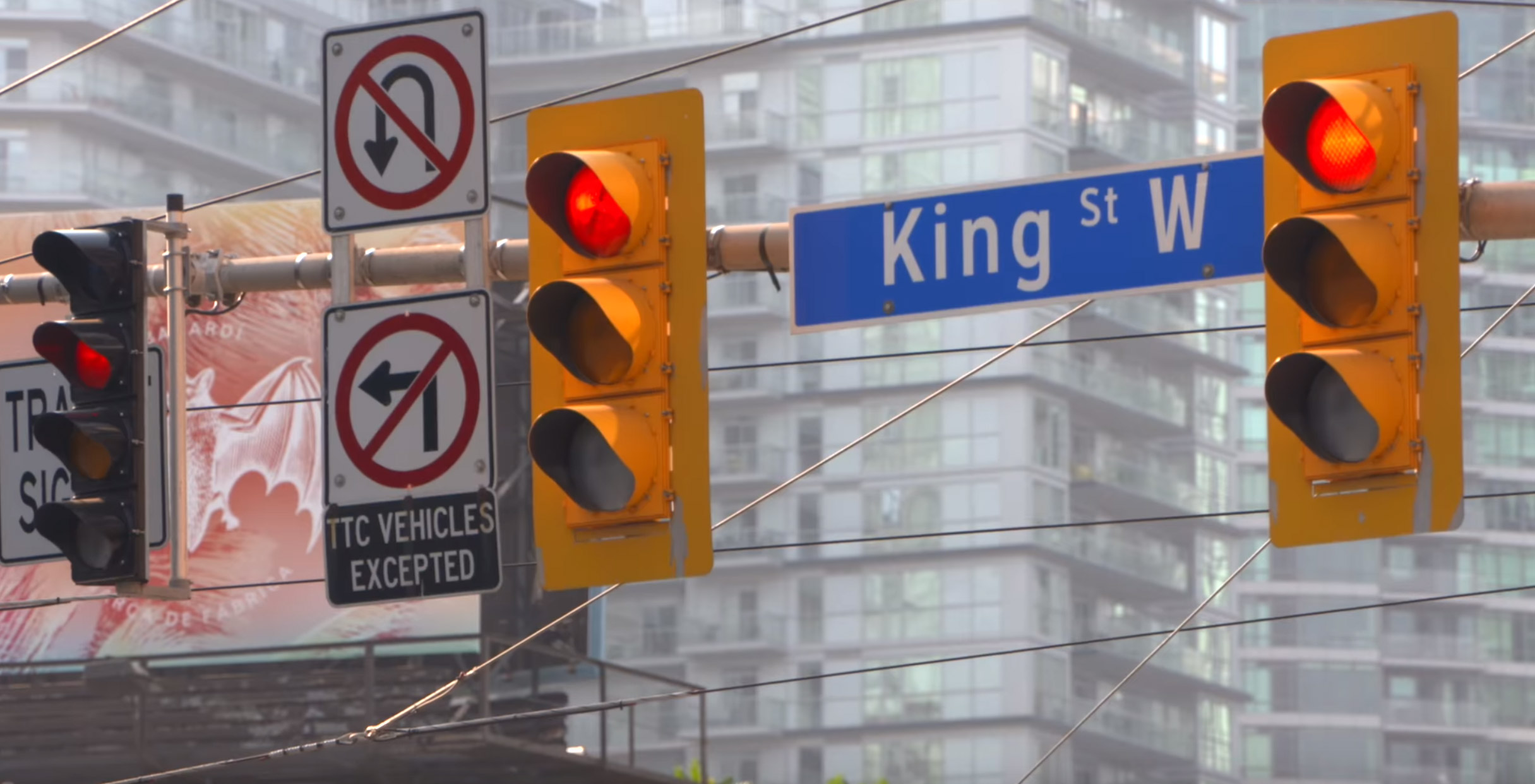 Ride-hailing app Uber is advising its Toronto King Street customers on how to use its services under the new King Street Pilot Project rules, which come into effect November 12th.

Toronto’s busy central road King Street has long had issues with transit reliability, speed and capacity. To address these issues, the City of Toronto and the Toronto Transit Commission are establishing a year-long pilot that entails significant restrictions on driving on King Street and its intersections. The aim is to improve service on the often slow-moving King Street streetcars by limiting where cars can drive or turn.

For instance, under the new pilot project rules, left turns are disallowed, due to their tendency to stall traffic.

In a recently released statement, Uber says it supports the project and has been working closely with the city on implementation. To educate customers about the change, the company issued its statement to the press and sent an email to its users.

Uber says users should hail rides to more accessible nearby streets like Adelaide Street, Richmond Street and Wellington Street, or connect with their driver through the app ahead of time to confirm a good meeting location.

As for its food delivery service, UberEATS, the company has several suggestions: select the ‘Pick up outside’ option and meet the courier at the curb, indicate a rear or side entrance street using ‘Add delivery instructions’ or contact the courier through the app to arrange pick-up.

Uber also notes it’s working on changes to its in-app navigation system to account for the pilot project.