Ted Rogers to be inducted into Canada’s Walk of Fame 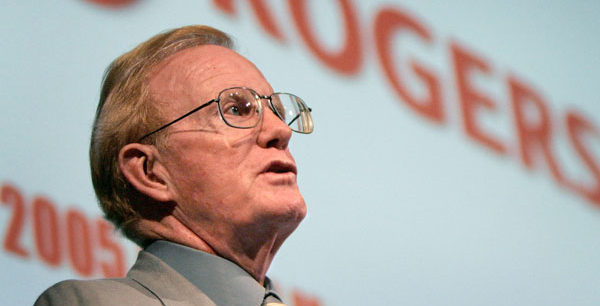 Canada’s Walk of Fame has announced the 2017 Inductees who represent the organization’s five pillars of recognition.

Ted Rogers, founder of Rogers Communications, is one of the five figures who will be honoured at the Beyond Famous Gala on November 15th at the Liberty Grand in Toronto.

Below are the 2017 Canada’s Walk of Fame Inductees and the pillars they represent:

Ted Rogers founded Rogers Communications in 1960 and died in 2008 due to heart failure.

Rogers has grown to become one of the most powerful media and telecom players in Canada with assets wireless, home phone, internet, publishing, TV and professional sports with the Toronto Blue Jays. In addition, Rogers is a major shareholder of MLSE, which owns Toronto Maple Leaf, Toronto Raptors, and Toronto FC soccer team.