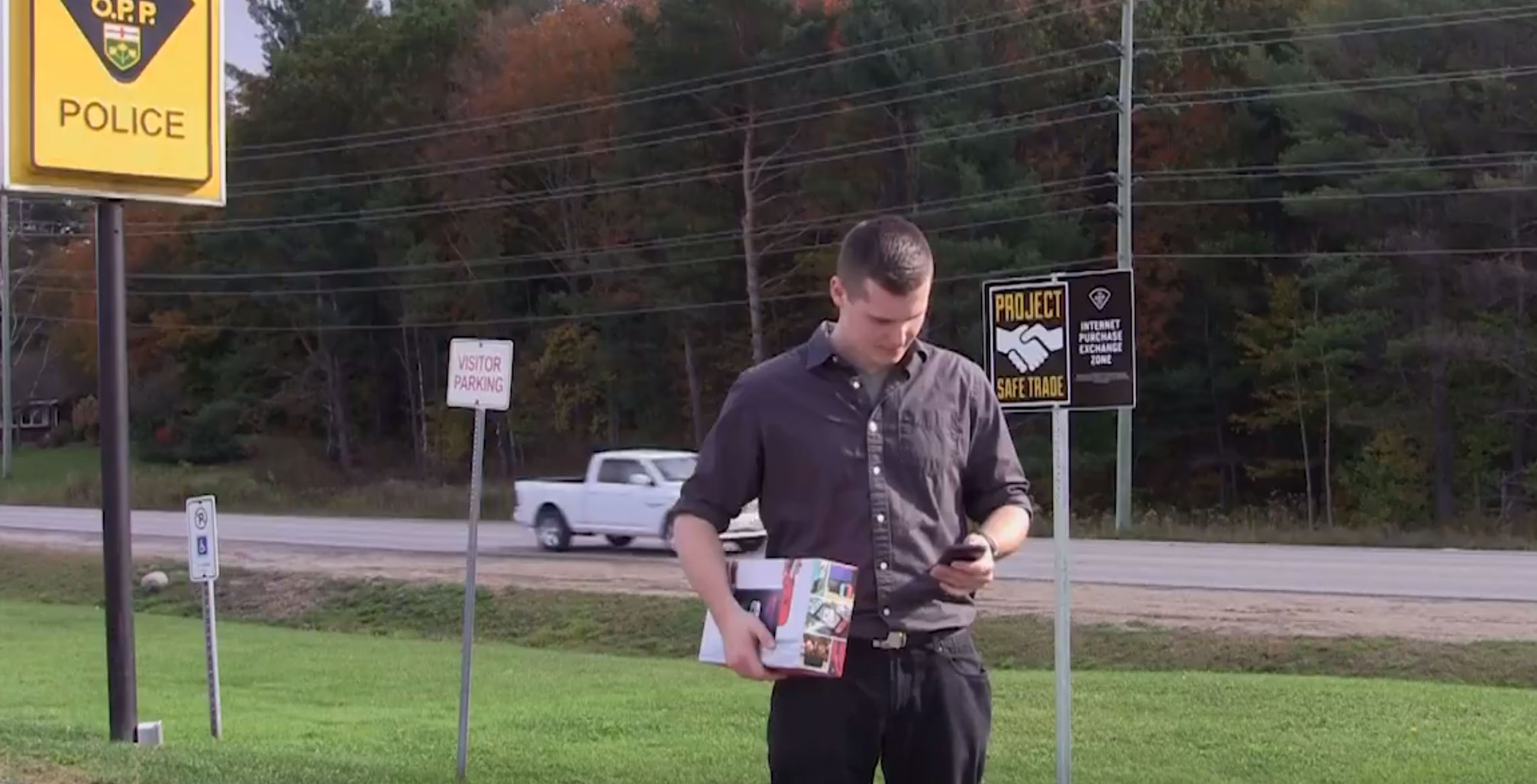 The worst part of buying and selling on an online platform like Kijiji? The actual hand-off.

Not only does it take time to arrange and effort to do, it also holds a certain amount of danger — as does any meet-up with a stranger one has only met online.

The pilot safe zones are located at OPP detachment parking lots in Tecumseh and Bracebridge, Ontario.

While the location certainly discourages criminal activity, the police won’t mediate private transactions, document, be witness to a transaction or run model numbers or serial numbers that are part of an exchange.

Instead, purchasers can use the Canadian Police Information Center’s online database to search serial numbers in order to make sure it has not been reported stolen.

Following the pilot, Project Safe Trade will expand to other detachments. The OPP advises contacting local detachments to see if a safe zone is set up in a given area.