Loads of power in a sleek, portable package 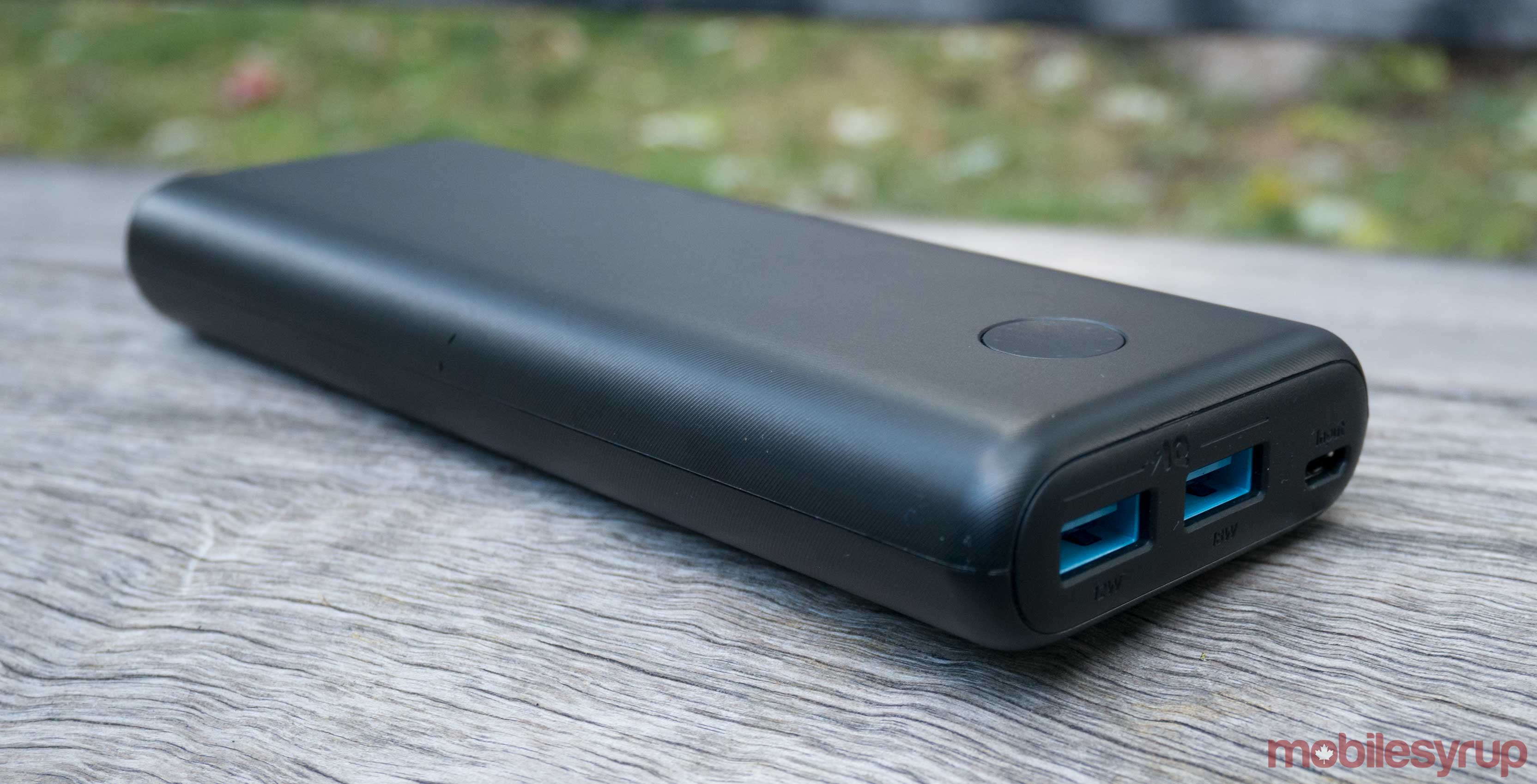 I don’t consider myself an especially battery-conscious smartphone user. I use my phone — currently a 2015 Nexus 5X — to constantly send and receive emails, listen to music, browse Reddit and, of course, check Twitter.

All of which is to say that my phone normally lasts through a regular workday, but I almost always find myself in need of an outlet around 5pm or 6pm.

The PowerCore II 20,000 has two USB ports that output 12 watts and 18 watts, as well as a micro-USB port to charge the device itself.

In both cases, the PowerCore II remained cool to the touch, without any noticeable increase in temperature.

Sadly, the Anker device isn’t powerful enough to charge something like a MacBook or MacBook Pro. 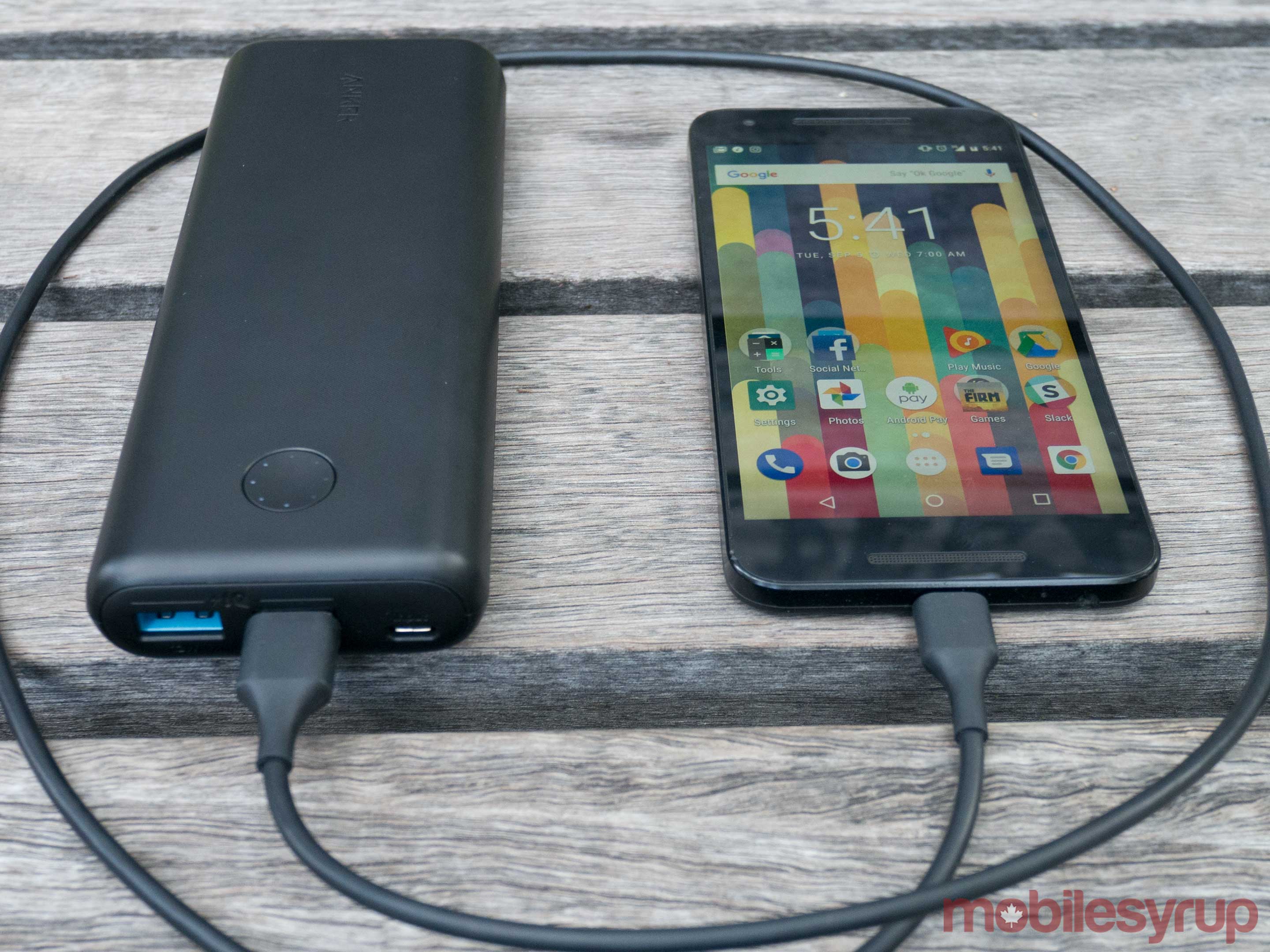 Once fully charged, the PowerCore II should be able to last for well over a week on standby. I found that the PowerCore II is also capable of lasting at least four or five days, if used to charge one or two devices every day.

Truth be told, my smartphone usage hasn’t really been able to do very much to render the PowerCore II inert. In fact, there have been multiple days where I’ve simply eschewed plugging my phone into a wall outlet, in favour of simply plugging it into the PowerCore II. It takes almost the same time to charge my phone with the Anker device as it does with a wall outlet, without the hassle of needing to remember to plug it in every night.

That being said, I would be remiss not to express my concerns regarding how long it takes to charge the PowerCore II from almost empty to full. Plugged into a traditional 120-volt wall outlet, the PowerCore II took almost 18 hours to charge from roughly 25 percent to 100 percent. 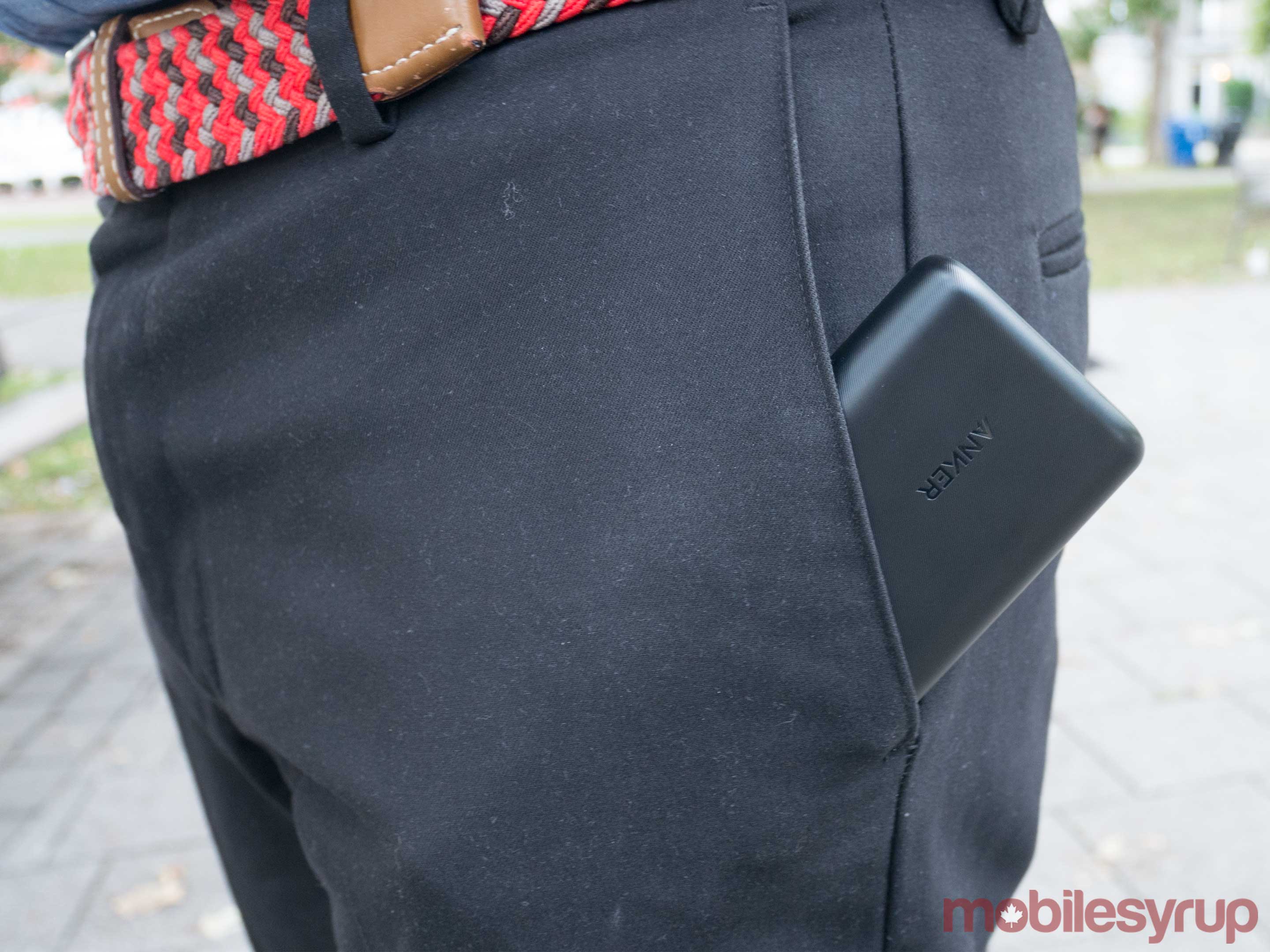 All things considered, I don’t believe that the Anker PowerCore II 20,000 is for Pokemon GO players looking for a lightweight power bank to carry around the city. It’s more for families going on road trips, campers in need of a power source, or even travellers in need of a charging station.

Or, in my case, it’s perfect for those people who want to drain and charge their phones two or three times a day.

The Anker PowerCore II 20,000mAh portable charger will be available on Amazon.ca, on September 12th, 2017.