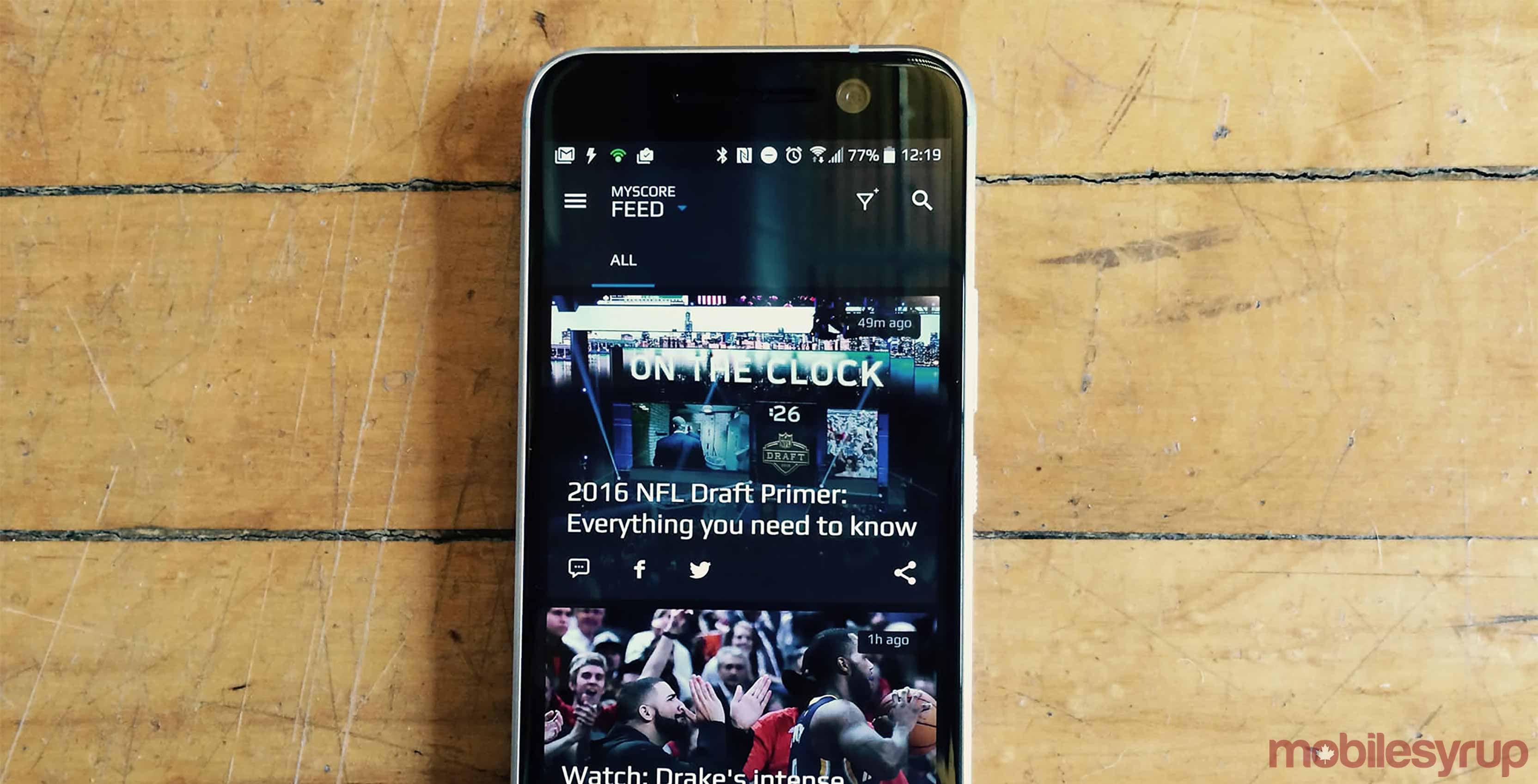 Toronto-based theScore continues to feel the love from sports fans around the world as the company has announced another quarter of increased revenues.

For the three-months ending May 31st, theScore racked up $6.4 million CAD in revenue, which is an increase from $6.1 million during the same period last year. The company specifically noted that the jump was due to “growth in engagement within theScore’s mobile apps.”

theScore’s mobile apps are available on Android and iOS devices and the company is now seeing average monthly active users topping 4.1 million, surprisingly down from 4.3 million in Q3 2016. However, the average monthly sessions reached 379 million compared to 358 million from a year ago. In addition, users are highly engaged with its apps as users reportedly open it up an average of 92 times a month each.

“Our team is very much focused on the imminent roll-out of some significant new features for our flagship app as the start of football season draws closer,” said John Levy, founder and CEO of theScore. “We’ve already begun testing some of these with a small percentage of users and the early signs suggest we’ve got something that will further strengthen our position as the number one challenger app to ESPN in North America.”