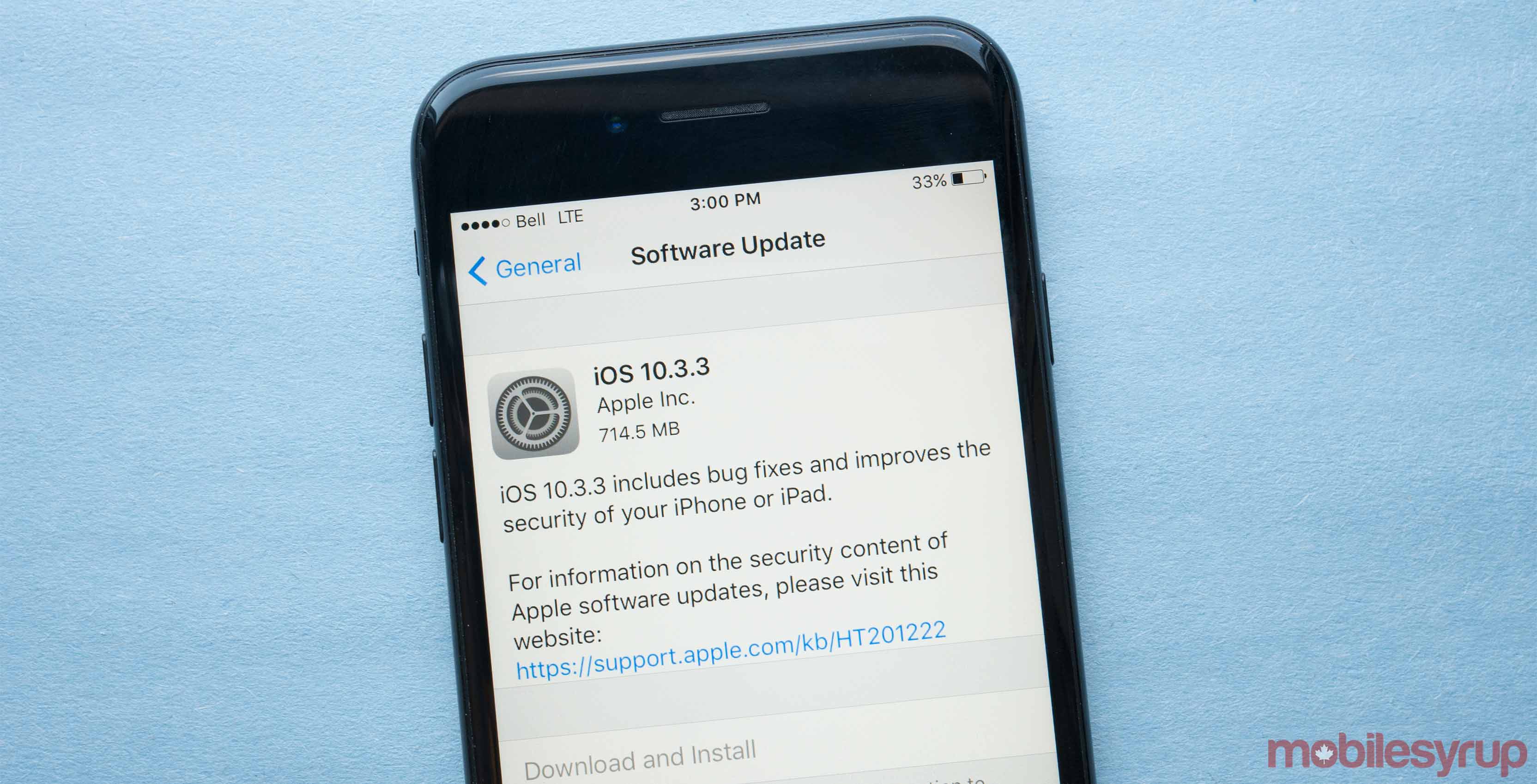 Apple has dropped iOS 10.3.3 to the public following weeks of beta testing the minor upgrade to the company’s current operating system.

iOS 10.3.3 comes two months after the launch of iOS 10.3.2 and features a minor bug fix update. No major features have been discovered in the operating system, so it’s believed this update only solved minor issues.

iOS 11, the next major update to Apple’s iPhone and iPad OS, is expected to launch this Fall following this summer’s public beta test. Apple initially revealed the OS at the company’s annual Worldwide Developers Conference back in June. The full update to the operating system adds new features like a revamped control centre, slightly altered icons and the ability to pull up the app Dock at any time with the iPad.

To download the iOS 10.3.3 update, navigate to ‘General,’ then ‘About’ and finally, ‘Software Update.’