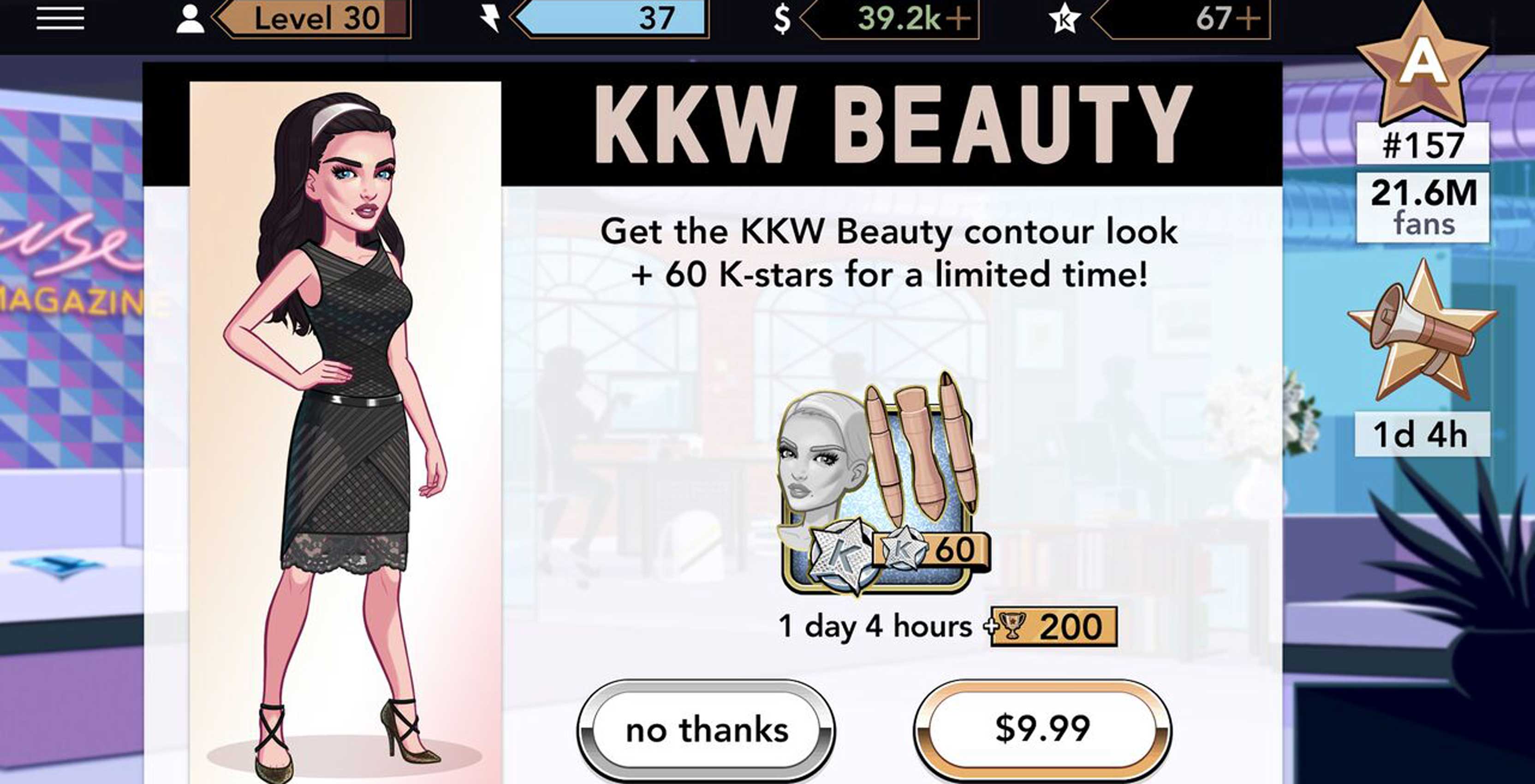 Kim Kardashian: Hollywood, which remains one of the most hated, but also the most popular mobile games on iOS and Android, is getting a new DLC pack called KKW Beauty. The content pack, which is available today, features makeup contour kits that can be purchased in-game to help stylize the player’s avatar.

“A lot of hard work has gone into the launch of KKW Beauty. I’m excited to add my contour and highlight kits to Kim Kardashian: Hollywood! Players can take the beauty looks of their avatars to the next level by adding a little KKW Beauty!” writes Kim Kardashian in a statement sent to press.

The extra downloadable contact is set to cost $9.99 USD ($12.42 CAD) and includes 60 K-Stars and one KKW Beauty contour colour option for users.

The purpose of the game is to increase your avatar’s fame and reputation, starting from the E-list and making their way to the top. To make it to the top users have to gain fans by modelling jobs, acting jobs, club appearances and dates to become an A-List celebrity.

It’s unclear when Scott Disick will be added to Kim Kardashian: Hollywood as DLC.