Hit the slopes with Powder Alpine Simulator [Game of the Week] 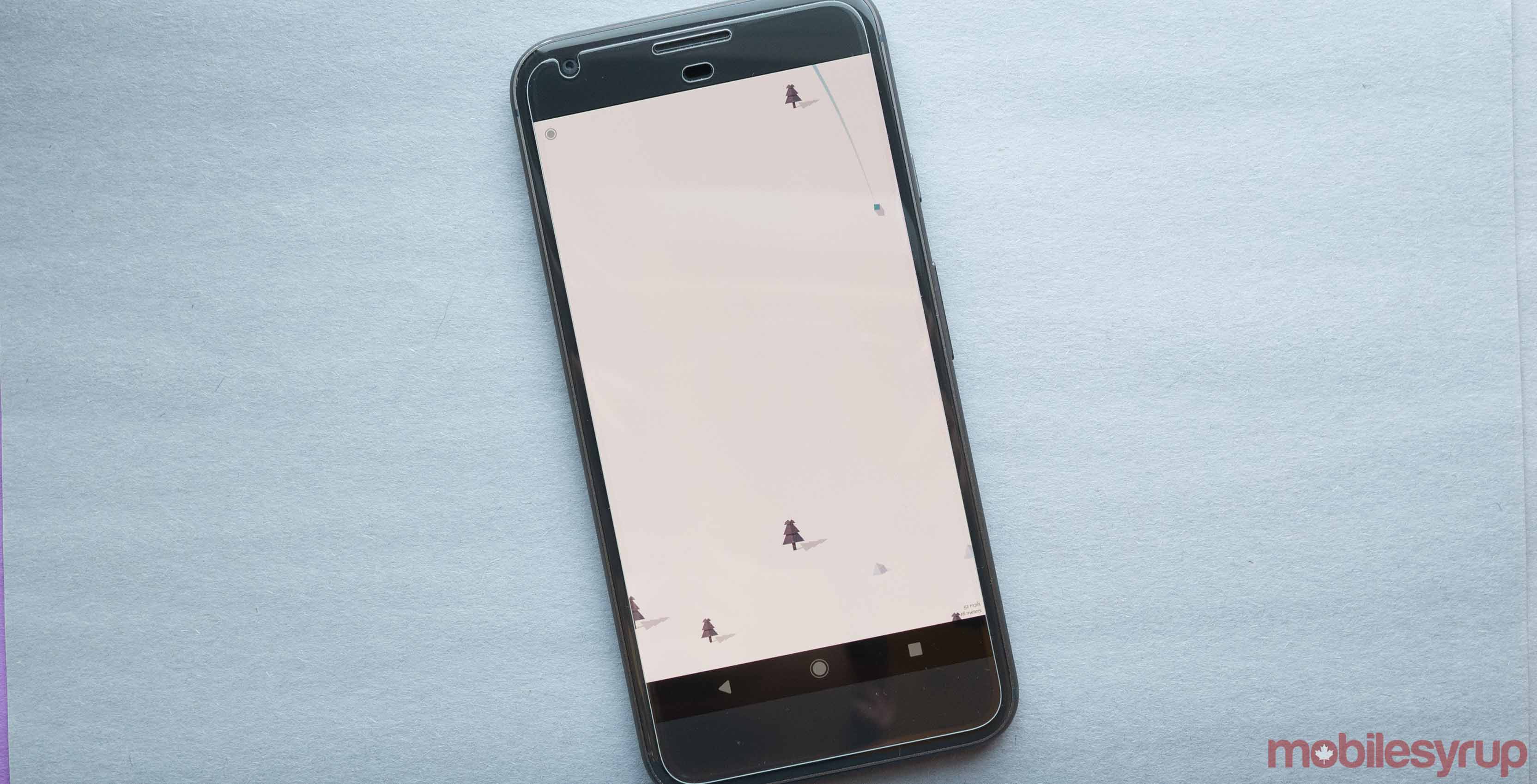 If you’ve played Alto’s Adventure, you’ll have a good idea of what Buck Lumber Games’ Alpine Simulator is trying to accomplish.

The simple, free-to-play game tasks players with guiding a square left and right down a snow-covered mountain, dodging trees and other obstacles in the process. Tapping left, as you may have expected, moves your character to the left, while tapping right, slides it to the right.

The sharper you turn, the less speed you build up, but the more control you maintain over the sliding square. The key to ending up with a long run is ensuring you strike a balance between speed and control, allowing you to move fast enough to build up a high score, but slow enough to avoid smacking into a nearby tree.

Powder is the type of game I bust out while in line at Tim Horton’s play a quick session of and then put away again (similar to how I play Impossible Road). There’s very little depth to the game at all other than the simple how-long-can-you-last overarching goal. 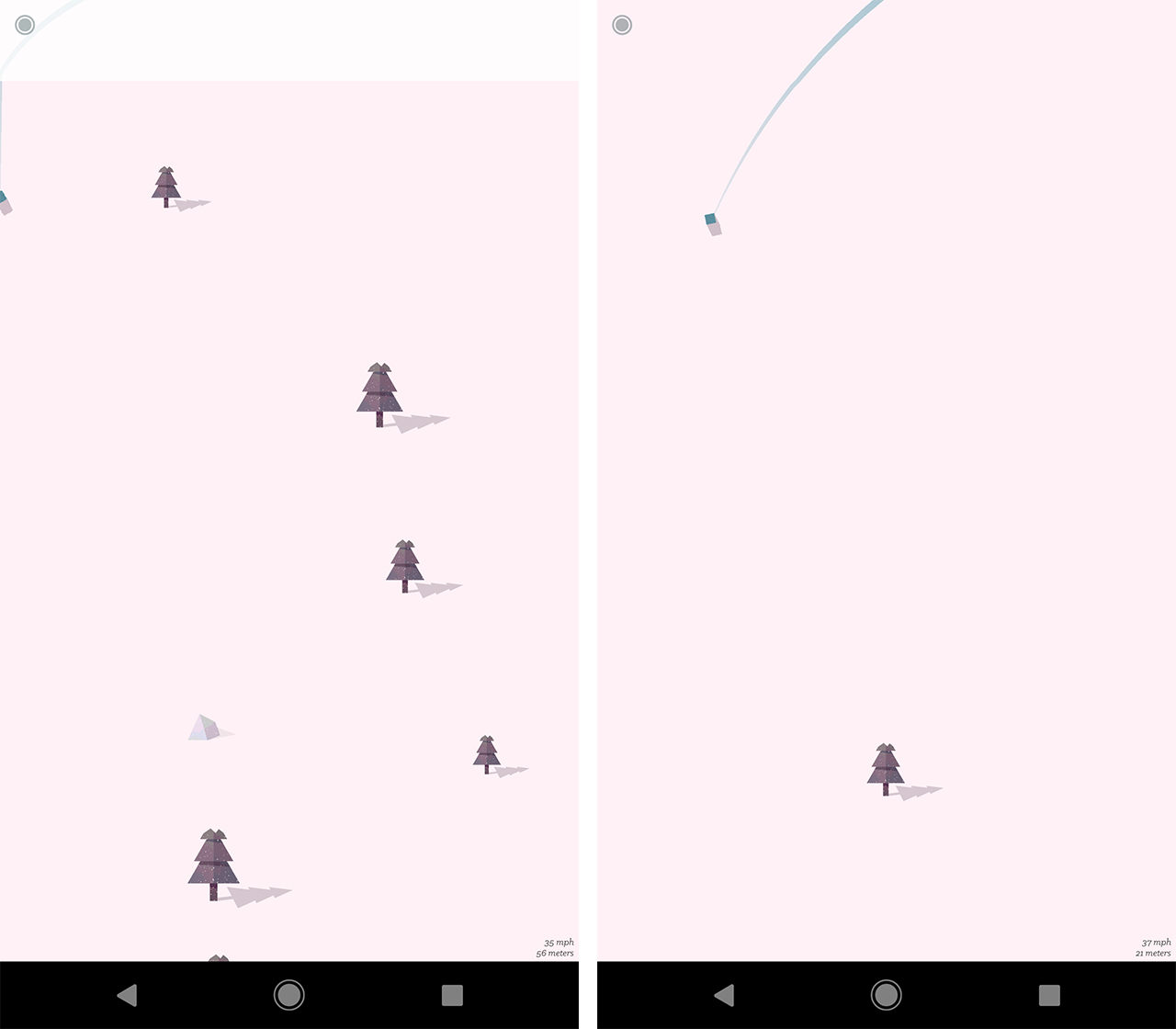 Still, I’ve had a lot of fun with Powder Alpine Simulator and given it’s completely free on Android and iOS, it’s hard not to recommend the game.